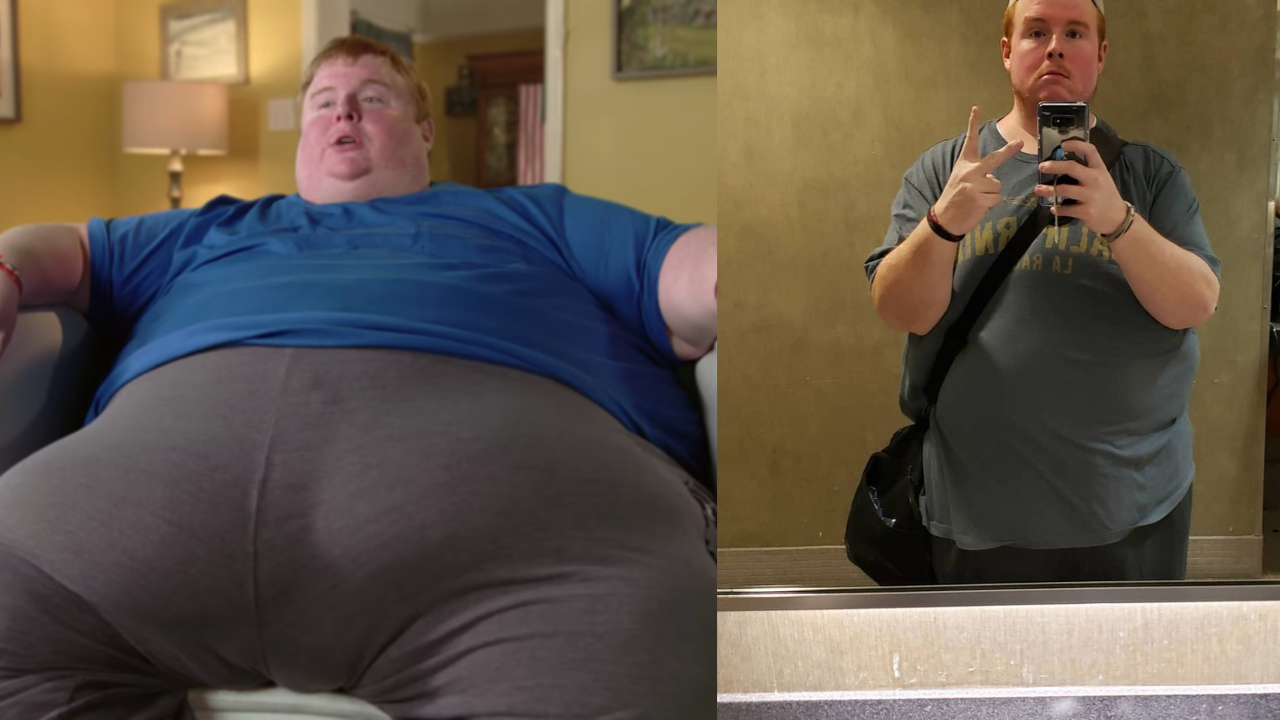 Learn the full story of Casey King’s inspirational weight loss along with before and after pictures of his transformation. The Family by the Ton star on TLC underwent surgery on his path to lead a healthier life.

The Family by the Ton star Casey King underwent absolutely bonkers weight loss transformation, from a severely overweight guy who could barely fit in a room to a somewhat skinny man. He initially underwent surgery to strive towards a more healthy life.

If you’re curious to learn more about Casey King’s glow over the years, you’ve come to the right place. We’ve got you covered with his complete transformation. So, stick with us!

Casey King’s Unbelievable Weight Loss – How Many Pounds Did He Lose?

As Casey King began his path to Family By the Ton—along with his cousin Amanda King—he weighed 711 pounds and was compelled to take bath outdoors in a trench due to his massive physique.

This would normally mean a premature death unless he took extra care of his well-being.

I recently lost 170 pounds and have made helping people and fitness my lifestyle! I also LOVE video games! I want to show people that you can both play games, AND be fit!

He has since lost even more remarkable weight! Check out his incredible transformation below.

Before he had undergone weight loss surgery, Casey partly implicated his parents, particularly his dad, for him gaining weight.

He said on the show,

I never thought at 34 I’d be living with my father and I’d be having no job, have no real money, and just be playing video games all day and eating.

My mom said, ‘To live in this house you have to have a job,’ so she kicked me out and the only place I had to go was my father’s, so I went there. Basically, the one thing he knew made me happy was food so we just ate like kings, but in the worse way.

However, both Casey and his father told Dr. Charles Procter Jr. that they would change their dietary habits—and Casey’s mom also decided to get involved to ensure Casey adopted Dr. Procter’s diet strategy.

The Georgian native recently posted a picture on Facebook, and his fans found his weight loss impressive beyond belief.

Lookin good Casey!!! So proud of you.

Looking awesome, great picture. Keep up the great work, you got this.

Unfortunately, Casey’s pet Sam, who enjoyed a few runs on Family by the Ton, died last year as he posted the sad news on his social pages.

He captioned an upload of the black puppy:

RIP Sam. I’ll miss you bud. You were a great dog and you will be missed. I wish we could have had more time before you left, at least you aren’t suffering anymore.

This year, the reality star took to Reddit as well to update the TLC viewers on his weight loss journey. He wrote,

So I know this subreddit is about 600lb life but I was on a different TLC show called family by the ton. My names Casey King and I was on season 2 of the show, just figured I’d throw some updates out in here because I just recently found out there are subreddits about us.

When one user asked how his life is these days and whether he had been weight lifting, Casey King revealed he hadn’t been doing weight lifting at the time, but he was into water aerobics for a while, and then he got into hiking and walking trails around where he lives.

Back in October 2019, he took part in three separate 5k runs. At the time, he worked for his parents and only saved his money for the chance of skin removal surgery in the future.

He had a sort of a minor groin injury that he was struggling to get over, Besides this, his life was pretty awesome. He absolutely changed the situation from where he was and overall he’s doing pretty well.

King also disclosed he was just around 370 pounds in January 2020 after starting at 711 lbs.

By December 2020, the Family by the Ton star underwent further weight loss. Thanks to his work ethic, a loving family, and surgery, he’s employed, independent, and well below 300 pounds!

Back in January 2019, TLC’s Family by the Ton, the spin-off of its popular reality show My 600-lb Life, provided a startling look into the struggles of people dealing with obesity. One such example is none other than Casey King.

King, who weighed more than 700 pounds at the time and resided with his father in Georgia, spent the majority of his time in bed video gaming.

During the premiere of Family by the Ton season 2, he said:

I was just eating ’til I’m dead. I never would’ve thought at 34 I’d be living with my father, I’d have no job, have no real money, and just be playing video games all day and eating.

However, King was ready to make a move. TLC shared an exclusive clip from the episode where he visits Dr. Procter to learn about the forms of surgery done on patients with obesity that involves gastric bypass.

King is seen to be quite anxious as he gets closer to his scheduled appointment.

While in the car with his father as they head to the doctor’s office, he said:

I’m a little anxious to get on the scale and find out how much I weigh. I’m sure the diet that they’re going to want me to be on is going to be absolutely nuts.

I fear surgery in general but if I don’t change, in five years I could be immobile, where they’re forklifting me out of my room.

King is subsequently asked to weigh in as he enters the premise and takes off his flip-flops to get the accurate weight reading on the scale. He looks scared when he sees the amount going north of 600.

Do Not Miss: Grey Damon’s Weight Loss in 2020 – How Many Pounds Did the Station 19 Actor Lose?

He hasn’t been posting an update on his video game addiction, but Casey King made it quite clear on the TLC series he didn’t want to give up his passion any time soon.

The one thing I have enjoyed, even when I was smaller, was video games.

If I got down to 200 pounds, had a family of seven… I would still play video games at some point in my life. Games can be paused and scheduled like I can do arm weights anytime.

Previously, Casey claimed he was welcomed by the online game community.

Video games are where I escaped. I’m accepted in all those virtual reality worlds and the gaming world I’m in. No one sees me.

That is my outside, that is my world that I can be the Casey I want to be but not be judged on my weight.

Irrespective of his passion for video games, it’s fair to say, Casey King’s weight loss journey is one of the most inspiring stories in recent memory.