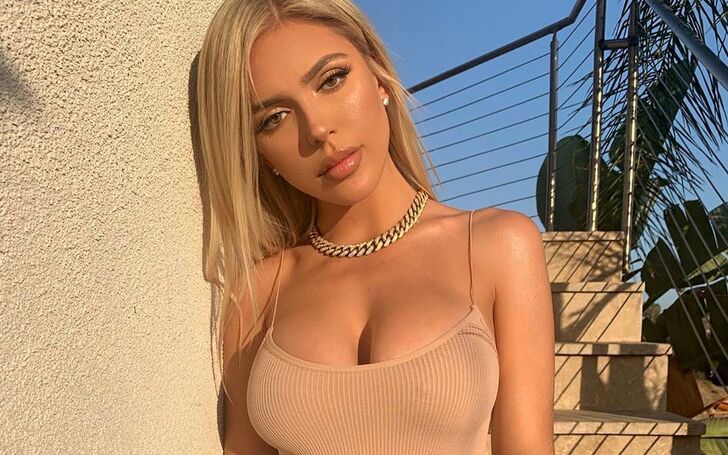 All the facts behind the Instagram model Abby Rao's plastic surgery procedures, most notably breast implants.

Abby Rao is a model and Instagram personality, known for posting a variety of modeling images in swimwear and beachwear. She is also Fashion Nova's ambassador and posts her modeling photos with more than 2 million fans via Instagram.

What’s on your mind? pic.twitter.com/FtsIvdfflQ

Back in July 2019, Abby Rao revealed she underwent plastic surgery by confirming she had breast implants on YouTube, in a video upload by her former boyfriend RiceGum.

A couple of months later, a random Twitter user asked the model why others fail to look as beautiful as her. Rao responded, "Just a boob job and a lil facetune babe. Ur beautiful."

On Reddit as well, fans often admire Abby Rao's attractive physique. However, some are quick to shoot down the admiration by pointing out she went under the knife and had breast implants.

To Abby's credit, she is anything but shy, and completely honest about having work done on her body.

The model promotes the cosmetic surgeon Dr. Kay Durairaj's Aesthetics, as well as Gabe Rosenthal, on Instagram by praising him for her facial touch-up.

Who is Abby Rao?

Born on July 20, 1997, Rao is originally from Slidell, Louisiana, outside New Orleans, and relocated to Los Angeles to seek a career in modeling. And indeed, she was able to achieve the dream.

The 23-year-old began sharing modeling images on Instagram in August 2017 and became a big draw when she starting dating YouTuber RiceGum.

The split, however, received much more coverage on YouTube than one would have predicted. But she is well beyond it now and is part of a current community project named The Clubhouse Beverly Hills.

In fact, if you have not observed when Googling 'Abby Rao,' she is referred to as a movie star. And she has got an IMDb page of her name, without a picture.

It seems like she was a child actress in the past before 2017 with a minor role in Kung Fu Yoga. She was a part of The Jack of Spades and Enemies Among Us in 2010; a couple of years prior, she started off with Lockjaw: Rise of the Kulev Serpent in 2008.

Daisy Keech may have had her own issues with the Hype House co-founders, reportedly cut off the title, and then cut off the 'Best Friend' ties with Thomas Petrou, but she is making sure that Rao is still listed as the clubhouse co-founder. It is evident by now you should not overlook her in interviews and papers.

The likes of Kinsey Wolanski and Chase Keith are already members of the clubhouse. It is not explicit, but the leaders of LA Clickhouse were also there during Keech's latest house tour in Beverly Hills.

And within a month of the tour of LA Clickhouse's new house, Kathleen Belsten, better known as Lufu, quit the project. She was not present at the clubhouse, but others like Mariana Morais, Leslie Golden, Jay Laurent could transfer in, once we learn the real deal about why they were there during the coronavirus lockdown.

Keech, also considered to have her first true IG booty, is ready to spread through a range of different social networking platforms beyond TikTok, which everybody seems to think is her primary channel.

And to be honest, it is going to be a perfect launch. Keith is still a huge force on TikTok, but the girls are reported to have been huge on Twitter, and Keech on YouTube. They will both learn and evolve from each other.

And, yeah, Abby Rao is Keech's best buddy right now, leaving all the Hype House controversy behind her. She is committed to "will protect her at all costs."