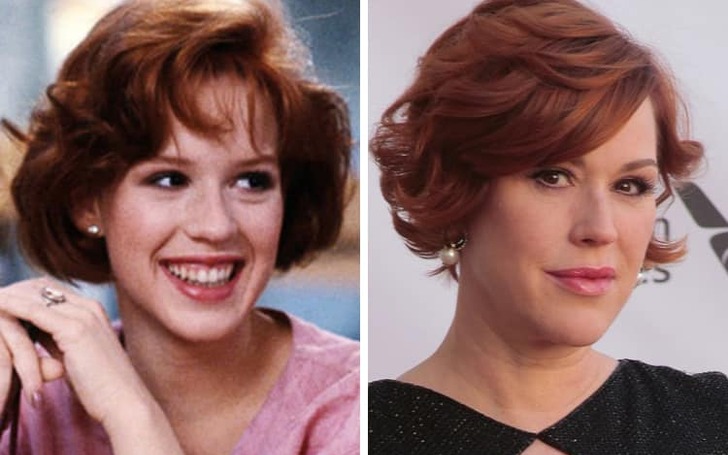 Everything you need to know about Molly Ringwald’s plastic surgery speculations.

Molly Ringwald is renowned as one of the stars of The Breakfast Club, and arguably the most popular of them all (although nobody’s really keeping track).

Recently, however, this veteran actress is at the center of plastic surgery discussion amongst fans. Is there any truth to it? Did Molly Ringwald really go under the knife? Let’s find out.

Molly Ringwald Claims She is Reluctant to Get Plastic Surgery 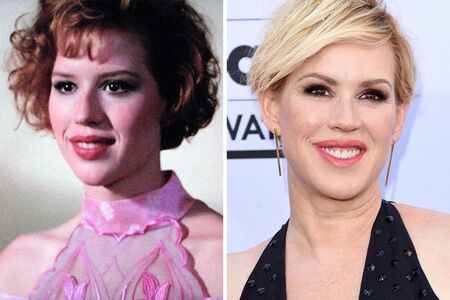 Molly Ringwald is often the subject of plastic surgery speculations through before and after pictures.
Source: Pinterest

Molly Ringwald is known to advise her fans to not go for plastic surgery, mullet hairstyles, and, for now, Botox.

The majority of the tabloids, however, reckon she’s undergone plastic surgery procedures more than she is willing to admit.

While promoting her book “Getting the Pretty Back: Friendship, Family, and Finding the Perfect Lipstick,” back in 2010, she was interviewed by StyleList. Here’s how the interview went.

StyleList: You draw the line at plastic surgery. In your book you write, “Be bold, as long as you are under the care of a board-certified cosmetic dermatologist (not a plastic surgeon, since we don’t want you to look plastic).”

Molly Ringwald: I don’t judge. I understand the pull, but as an actress, I depend on my expressions to get my emotions across. To do something to my face that would inhibit that ability would be a mistake. Otherwise, yeah, you start to look plastic.

StyleList: So you wouldn’t even do Botox?

Molly Ringwald: It’s not the route I want to go. But you could talk to me a year from now and if there’s a line that shows up on my face that really bums me out, I might change my mind.

Whenever Ringwald appears in public, people often claim she’s using Botox and lip liner. In fact, in an informal survey, the readers of The Orange County Register selected her as one of the top five celebrities who “most obviously visited a plastic surgery doctor.”

While Ringwald made her name as an actress in the 1980s, she said she wished that many looks from that period would never make a return.

“Definitely the hair. The big, poufy, mulletlike hair. I never had a mullet, I’m proud to say, but that is definitely part of the ’80s I think should stay there. And also the intense shoulder pads,” Molly said.

Meanwhile, some fans allege Ringwald of performing a nose job and other plastic surgery procedures.

She has clearly undergone a major body transformation all this time (helped by the changing color of her hair), but that has not changed our mind at all.

We still think Molly Ringwald is awesome, and her star power as an actress has never wavered since the 1980s.

Who is Molly Ringwald?

Molly Ringwald is an American actress and singer, who became the real ‘teen princess’ of Hollywood in the ’80s, mostly thanks to her prolonged affiliation with John Hughes, a director specializing in coming-of-age films.

Ringwald launched her career as an entertainer at a very early age; she first performed in the local theater version of ‘Alice in Wonderland’ at the age of five.

Her mother’s guidance and her father’s expertise of jazz music aided her to make her first jazz album at the age of six. Yet it was not until Molly was featured in ‘Tempest’ that the entertainment world took note of her.

Hughes prepared the path for her greatness by putting her in his legendary teen movies of the ’80s. Such films include ‘Sixteen Candles’ and ‘The Breakfast Club.’

Following a good taste of success in the ’80s, Ringwald relocated to France in the ’90s to work in French-language films and theater productions.

After living in Europe for some time, she made a return to American film and television and managed to thrill her fans by starring in projects such as ‘Not Another Teen Movie,’ and ‘The Hidden Life of the American Teenager.’