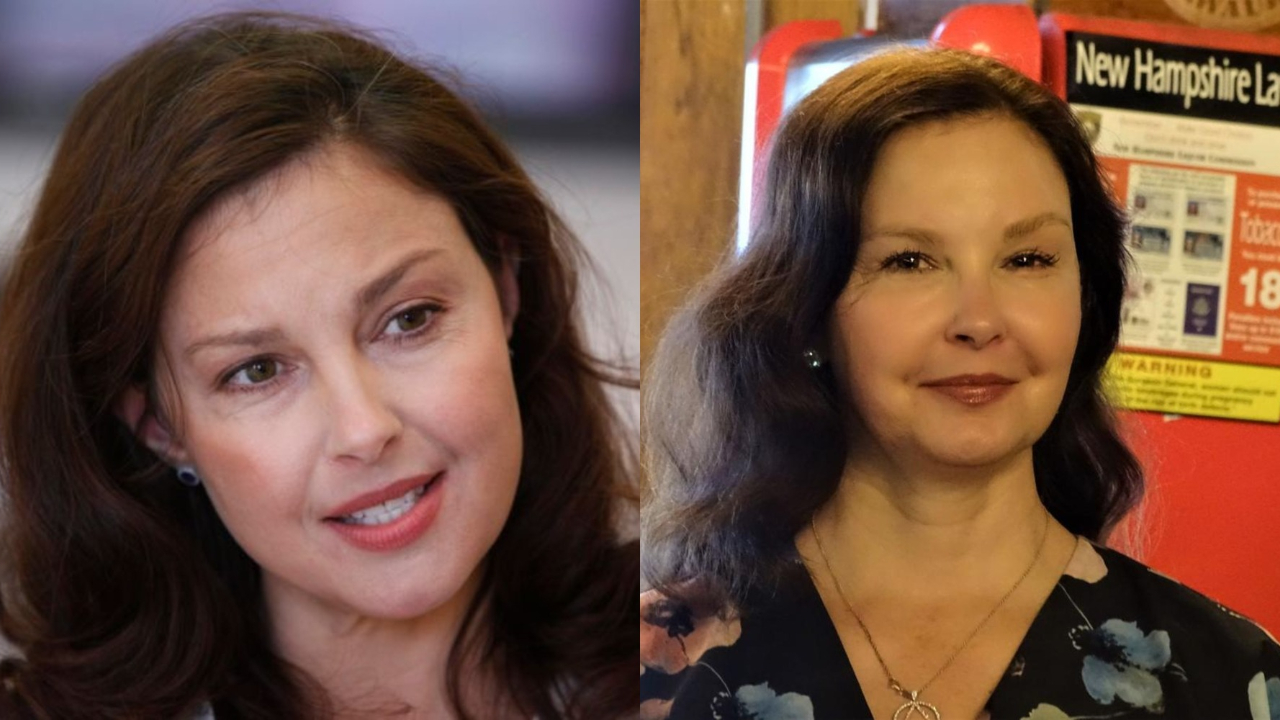 Learn the complete truth about Ashley Judd’s alleged plastic surgery through the inspection of before and after pictures. The actress admitted she uses Botox but for medical reasons.

Lately, Ashley Judd is the subject of a plastic surgery drama. The reports first came about in 2012 when she made an appearance on a Canadian TV show to promote her latest show at the time, Missing.

On the set, her face seemed rather swollen, with rumors swirling that the puffy face of the actress was the product of using numerous fillers.

The next month, though, Ashley defended herself against the detractors, stating her look was due to a sinus infection that forced her to take severe steroids.

So, is there any truth to her plastic surgery speculations? Let’s dig deep into the details.

Ashley Judd’s Plastic Surgery – Did She Go Under the Knife?

Ashley Judd always makes headlines whether it’s for her selfless social work or attempting to unravel the mystery of murder in every film.

She has always been the actress to be admired for her stunning looks which have been able to survive all the urges that come with being part of Hollywood.

However, we can’t tell for sure if she was able to fight the impulse to go under the knife as Ashley’s cosmetic surgery reports began to reappear. 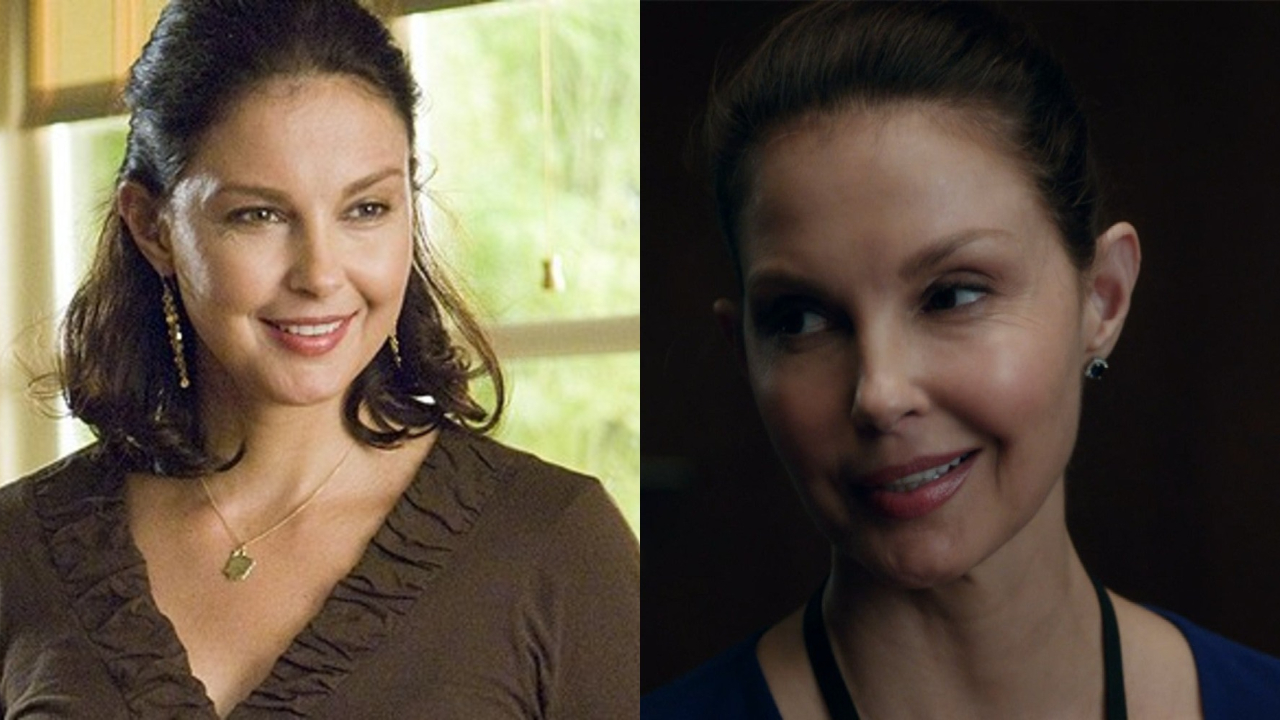 During one of her appearances in 2012 when she came out to promote her latest show “Missing,” the entire crowd was shocked at how full and puffy Ashley’s cheeks looked, and this appeared quite strange because the actress didn’t lose weight.

With the emergence of these latest rumors, the internet was on fire, as many people had a lot to say about her apparent plastic surgery speculations.

One person claimed that trying to figure out whether or not the actress was under the knife would be impossible, since much of the time when she speaks, she speaks like a smug twit. Harsh!

Ashley Judd’s appearance today seems quite puffy when contrasting her past look, so it’s pretty difficult to ascertain whether the actress used any of the cheek fillers, or if she used laser therapy, or whether she has a medical problem that she’s dealing with.

It’s also quite possible to add weight around the face, too, since there are some people who undergo weight gain and end up with a puffy face.

Moreover, Judd was later seen at the airport, carrying a swollen face, indicating she may have had some kind of treatment, and this also intensified the rumors that the actress had done something to her face.

One of the comments we came across on the internet wondered why Ashley’s face had a puffy appearance, while another replied the puffy look was odd because it seemed she didn’t appear to gain any weight.

Ashley Judd’s new face, as per some comments on the internet, is a mess, and this places her on the same list as stars like Kylie Minogue, Madonna, and Lindsay Lohan, whose faces have this youthful look but their cheeks indicate they may have made cosmetic enhancements.

During one of her outings in Toronto with her pet dog, the media even noted and made remarks about puffy cheeks, and her skin looked oddly red, implying she had to get some form of treatment on her face.

However, Judd lashed back at all the baseless rumors as she insisted it’s because of steroids for health reasons.

Is it only me, but three seems to be something very wrong with her face in the Berlin Station series? Is it just the hair-style or there has been some not quite successful plastic work done? Basically, she reminds me of a rodent…

Another user was quick to make a joke claiming it’s an insult to rodents.

Ashley Judd Hit Back at Trolls Who Criticized Her Appearance

In early 2020, Ashley Judd called the haters of her face “misogynistic savages” following a wave of nasty social media remarks after the actress featured in a video for the United States Senator Elizabeth Warren.

Judd drew a huge number of critics as they called her face “puffy” and questioned “how much work she’s had done” after Warren’s team shared a clip on Twitter of her making calls for her.

My friend @AshleyJudd made a few calls to people who chipped in a few dollars to our campaign. I’m proud that our campaign is grassroots—built by people, not Super PACs or billionaires.

Chip in $3 tonight, and Ashley could call you to say thanks! https://t.co/qOzNnVvmg4 pic.twitter.com/2SJOEAGKCp

Judd consequently became a trending subject on Twitter with lots of people making fun of her looks while some tried defending her.

I’ve heard of plastic surgery, but this puffy-rubber surgery is a new one to me. Yikes.

Omg!! I didn’t even recognize her. Ashley, you were so naturally beautiful. You don’t need all that face work that was done.

The people making comments about her appearance are disgusting.

So many comments under this post are breathtakingly mean. I hope Ms. Judd doesn’t even read them.

Judd later published a Facebook post in which she said she underwent daily Botox treatments to cure “siege migraines.”

Botox was approved by the Food and Drug Administration as a remedy for persistent migraines, as per the Mayo Clinic.

These things are essential when I wake up & learn from caring friends that my appearance has been trending on Twitter.

The misogynistic savages of both sexes have come out, as have plenty of folks who empathize and see it for what it is (woman bashing).

Judd claimed she had been ill with migraines for over a year and had been seeking daily care.

Have I had botox? It is a standard treatment for the ailment that I experience.

My union insurance pays for thirty-one injections every twelve weeks. (Some friends suggested that I not post this medical fact, because it can be excerpted and used against me, but I think it’s honest and real and is a public health message. Shame on anyone who distorts my words.)

She revealed her last migraine lasted almost five months, and also led her to undergo a “some un-fun weight gain.”

Judd stated her doctor had just authorized her to continue exercising.

What I know is that misogynists on Twitter have been slaughtering me compared to my pre-weight gain idealized self.

My conventionally thin, athletic, ‘pretty’ AcroYoga body, and more slender face, is merely the flip side of the same patriarchal coin.

Those of you who are talking about my female appearance, making assessments about my worth and desirability are basing your opinions on wholly gendered norms.

The good news for my empowered self is I don’t take compliments any more seriously than I do slurs.

She also inspired other ladies not to be scared to speak out about the mockery of their looks.

Speak up anyway. The slings and arrows will come, but your voice and the body from which it comes is beautiful, courageous, powerful, and necessary.

The Actress Previously Blamed Steroids for Her Puffy Face

Ashley Judd set off a plastic surgery gossip mill when she featured on a Canadian talk show to advertise her upcoming TV show, Missing, appearing a bit… yeah, swollen.

The normally slim face of the actress was visibly puffy during her performance, stirring rumors that she had undergone a surgical operation.

Ashley Judd is the subject of plastic surgery because of her puffy face.
Image Source: Today Show

But that’s not the case, as per her representatives.

Ashley has been battling an ongoing, serious sinus infection and flu. (She’s) been on a heavy dose of medication to overcome it.

Judd also took to Twitter to address the allegations that the steroids she had been given to battle her condition were to blame for her puffy look.

Thanks to all asking how I’ve been feeling, still very sick (flu + viral infection in sinuses = wicked) but staying positive & having fun

Ashley Judd couldn’t be more clear on her stance that she never underwent plastic surgery to alter her appearance.