Kim CattrallSex and the City 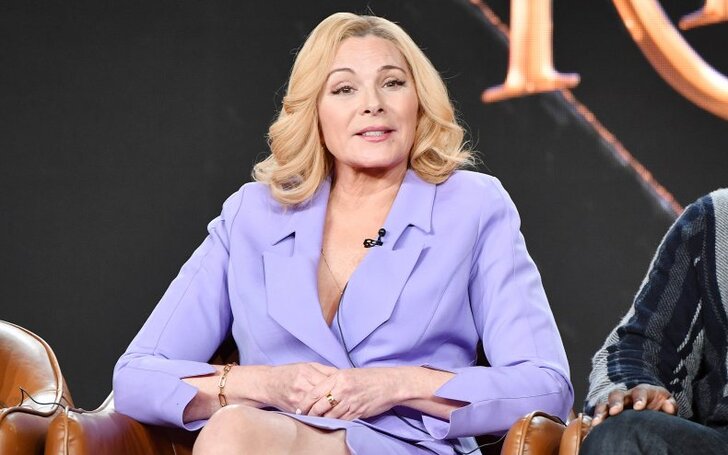 Everything you need to know about Kim Cattrall’s alleged plastic surgery procedures.

Sex and the City actress Kim Cattrall maintains she wishes to grow old gracefully. The 64-year-old actress said she cherishes people like Judi Dench, 85, and Annette Bening, 62, who have a good career without having the need to undergo plastic surgery.

The star previously confirmed using Botox on her face, but is too terrified to get plastic surgery, stating in 2008 she doesn’t want to look in the mirror and “not recognize who’s looking back.” 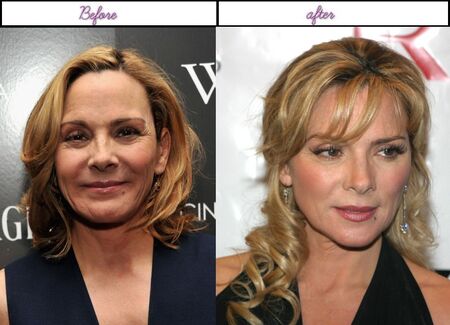 Kim Cattrall before and after alleged plastic surgery.
Source: Pinterest

Sex and the City actress Kim Cattrall, who was previously confirmed to be the new face of Olay Total Effects, served as the spokeswoman for Total Effects Anti-Aging Body Wash and Lotion.

Unlike her Sex and the City character Samantha, who would take a lot of drugs and have a lot of Botox injections to freeze the aging process, Cattrall chooses to keep all-natural.

Kim Cattrall says she’s not yet keen for plastic surgery.

I try and take care of myself, but I don’t ever want to get to the point where I don’t see myself, that would be really scary.

The Canadian actress clearly fancies looking after her appearance over going under the knife.

Kim Cattrall says she carries no desire to look youthful.

I had a great time in my youth and still feel very youthful, but I have no desire to look as though I’m 20. I want to look healthy, but I want to look closer to my age.

The 64-year-old actress – best known for portraying the character of Samantha Jones in ‘Sex and the City’ – would prefer to be “healthy” and of her own age because she has no desire to regain her youth.

I had a great time in my youth and still feel very youthful, but I have no desire to look as though I’m 20. I want to look healthy, but I want to look closer to my age.

Kim also revealed she “doesn’t believe” in plastic surgery and she was concerned about something going wrong if she went for cosmetic enhancements.

Also See: Why Did TikTok Star Dixie D’Amelio Get a Nose Job?

I don’t believe in cosmetic surgery, well, not yet. I’d be too frightened. There are so many examples of things that have gone horribly wrong. I live in New York in an area where it is all around me.

While she knows she will still be synonymous with ‘Sex and the City,’ Kim is proud of the show because it helped to shift women’s perceptions about sex.

She believes the show managed to change people’s ideas of women and “who they are as sexual beings.”

The Actress Never Had Any Children

Actress Kim Cattrall revealed the reason she never had any children.

During one of the episodes of “Piers Morgan’s Life Stories,” Kim Cattrall blamed her hit show “Sex and the City” on her work schedule.

That was my early 40s and I had just started filming ‘Sex and the City.’ The chances of getting pregnant with these procedures were, everyone was talking about it.

But I thought to myself, ‘Wow, I have 19-hour days on this series. I have weekends where I finish on Saturday morning. My Monday morning would start at 4:45 and would go to one or two in the morning.

How could I possibly continue to do that, especially in my early 40s? And then I realized what a commitment it was just to the procedures.

I thought, ‘I don’t think this is going to happen.’ It was the first moment, it was extraordinary, in my life where I thought, ‘Maybe I’m just not going to do this.’

Even though she didn’t share any biological kids, she began mentoring young actresses, adding,

That’s where I thought, ‘I have a place to be a mom here, not a biological mom but a mom and an auntie and a friend.’

Kim elaborated on the relationship she shares with her former “Sex and City” co-stars.

We’ve never been friends. We‘ve been colleagues and in some ways, it’s a very healthy place to be because then you have a clear line between your professional life and relationship and your personal.

She stressed her age and location also impacted her friendship with her castmates.

They all have children and I am ten years older and since specifically the series ended I have been spending most of my time outside of New York, so I don’t see them. The common ground that we had was the series and the series is over.

I’m disappointed. We had this beautiful, funny, heartbreaking, joyful, very relatable script and story. It’s not just disappointing that we don’t get to tell the story and have that experience, but more so for that audience that has been so vocal in wanting another movie.

After Jessica’s disclosure, several people raised their fingers at Kim Cattrall, who clarified to Piers:

That was part of turning 60. That was a very clear moment of, ‘How many years do I have left, and… what haven’t I done?’ I feel that the show is the best when it was the series and the bonus was the two movies. I haven’t killed Samantha, I have released Samantha… For me, it’s over, and it’s over with no regrets.

There remains little doubt Sex and the City is scrapped for good.