Kelly Monaco’s Plastic Surgery – Did Sam from General Hospital Go Under the Knife? 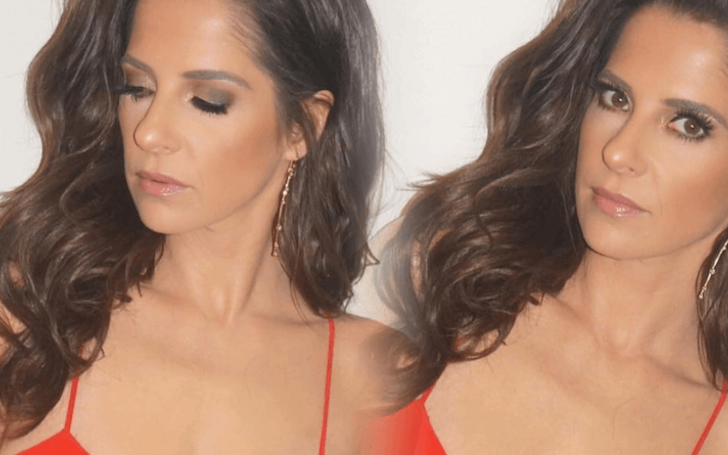 All the facts you need to know about Sam from General Hospital, aka Kelly Monaco’s plastic surgery speculations.

Kelly Monaco is widely known for portraying Sam McCall on General Hospital — a role she’s performed for almost two decades. While viewers may be acquainted with all the ups and downs of Sam’s life, not everybody knows a lot about Monaco.

General Hospital actress Kelly Monaco is at the forefront of plastic surgery speculation amongst viewers in recent weeks. But do the arguments carry any legs? Did the television celebrity really go under the knife?

When it comes to Monaco’s plastic surgery claims, she is hesitant to break her silence as you might imagine.

We took it upon ourselves to compare her current image with her former look. Upon closer examination, she likely had to undergo a sort of plastic surgery, but it isn’t easy to ascertain the exact treatment. Botox, facelift, and lip injections would be the safest bet.

Kelly Monaco looks rough. Scary rough. Did she have bad plastic surgery or is her age catching up with her?

One user wrote, “I think she had lip injections and in her cheeks too. I saw bruises in today’s episode there. She looks really different.”

Another said, “Did you catch all the bruises around Laura’s eyes? I think the Botox injector came to the GH set.”

You Might Like: Janelle from ‘Big Brother’ Plastic Surgery – Did the Reality Star Go Under the Knife?

The third was anything but pleased looking at Sam’s transformation. “Kelly looks like she’s made of damaged plastic; she looks worse than anyone. Why do women do this to themselves? If all women said no to this garbage and aged gracefully, then society would come to accept women aging and lower their unrealistic expectations.”

The Actress was Temporarily Replaced After Suffering ‘Breathing Problem’

Sam McCall Morgan appeared a little different on “General Hospital” for a change, as Lindsay Hartley took on the role of replacing Kelly Monaco.

Hartley recently announced the news after it was reported by Daytime Confidential. Lindsay spoke about the change during a post from the publication. She tweeted:

Some big shoes to fill…precious too. I hope you enjoy watching Sam as much as I have enjoyed playing her, temporarily.

Monaco is starring on the soap for over a decade. Her mother, Carmina Monaco, posted a tweet regarding her daughter’s wellbeing with her fans.

“Kelly is great and should be back on set Monday,” she wrote. “14-day quarantine after a breathing problem with mask 1st day back. 3 negative COVID test, I’d say she is better than great. Thank you for all of the love.”

Hartley, who was previously married to “This Is Us” actor Justin Hartley, has worked on the soaps “Passions,” “Days of Our Lives” and “All My Children.”

“General Hospital” ceased production in March owing to the coronavirus pandemic. The series officially began filming last month with protocols in position to protect the cast and crew.

Kelly Monaco Broke Silence on Her Return to General Hospital

I must thank the amazing #GH fans for all of the love and support they have shown me in the past couple of weeks. It’s been a crazy year and I feel so blessed, grateful and humbled to be able to continue to do what I love… 20yrs and counting with @ABC.. what an honor!!! ? pic.twitter.com/lBDvuKQOL8

Merely a week after it was announced Kelly Monaco was going to return to General Hospital as Sam McCall, the actress spoke up on social media.

We witness the return of Monaco in the August 18 episode, and she started by thanking all her followers for their love and encouragement over the last few weeks.

It’s been a crazy year and I feel so blessed, grateful, and humbled to be able to continue to do what I love… 20yrs and counting with @ABC.. what an honor!!!

She went on to appreciate fellow actress Lindsay Korman-Hartley for taking over the role of Sam McCall with a massive shout out for … “doing a beautiful job playing Sam. Girl.. you kicked ass. Way to go. Star-struck stay tuned… @GeneralHospital is just heating up!”

General Hospital is now broadcasting another twist on the Nurses Ball for the first-ever Nurses Ball Telethon.

Monaco also mentioned the ABC soap opera would heat up, which could imply several twists and turns for various actors, one being a potential plot involving Jason Morgan that might rock the entire canvas.

Knowing that Sam has a different probation officer and she doesn’t need to mess around with Jason, will we eventually see if they’ll live happily ever after?

It’s obviously not going to be that simple, mainly because Sam just had to tell Jason to remain in his hospital bed and not slip out, irrespective of anything.

Let’s face it, Jason’s never been successful at following instructions, and what always drives him to the dark side might create further problems for the pair.