Janelle from ‘Big Brother’ Plastic Surgery – Did the Reality Star Go Under the Knife? 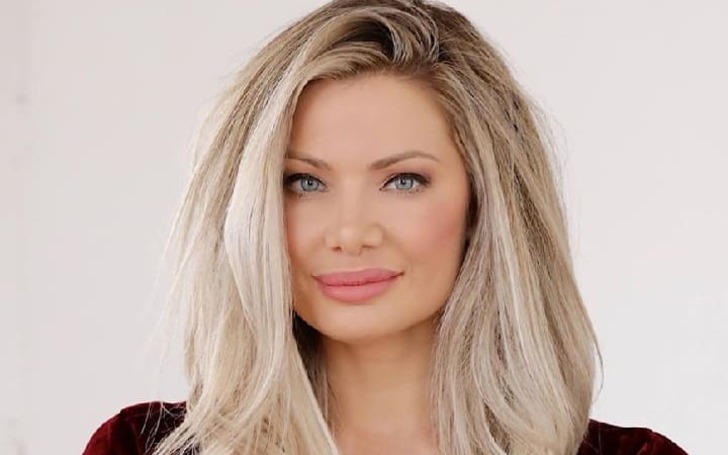 Everything you need to know about Big Brother contestant Janelle Pierzina’s plastic surgery.

Fans of Big Brother 22: All-Stars tend to believe Janelle Pierzina underwent plastic surgery procedures over the years. Janelle appeared for the first time on BB6, which premiered all the way back in 2005.

After two more efforts – BB7 and BB14 – she decided to return to contend for the fourth time on Big Brother 22. First and foremost, this ensures Janelle becomes the only houseguest in history to appear in two All-Stars seasons of the competition. Second, it means Janelle competed in three decades – the 2000s, 2010s, and 2020s.

On BB22, viewers can see Janelle in High Definition for the first time ever in the show. She’s about 40 years old right now, so several people praise her for how amazing she looks.

Nevertheless, some fans reckon Janelle received a little support with plastic surgery operations through the years. By the end of the day, this ignited a dispute on social media over whether or not she had gone under the knife. If she did, viewers are eager to learn the treatments she’s undergone.

Janelle Pierzina never talked about cosmetic procedures, so Big Brother 22: All-Stars fans are making assumptions about how she’s currently looking at the show, speculating it must have been achieved through plastic surgery.

Having said that, Janelle’s been open about getting Botox injections. Botox is commonly used to reduce facial wrinkles and provide total reinvigoration.

On Instagram, Janelle stated she got botox injections from Nicole Wente, a registered nurse (RN). As per Nicole, Janelle had a “Botox brow lift” treatment before joining the BB22 house.

Several BB followers claimed Janelle had lip augmentation surgery while she also thinned her nose. However, there is no concrete evidence that she performed any of this stuff. Janelle’s nose doesn’t look much different from the one she had on Big Brother 6. In fact, she’s always had full lips.

Nevertheless, it’s not tough to imagine Janelle has undergone a few revamps over the years. On the other hand, it’s imperative for fans to be considerate of her if this isn’t something she’s comfortable sharing.

Several celebs who frequently appear on TV are considered to be subject of plastic surgery that helps them look amazing in high definition. That said, it’s crucial for viewers to avoid crossing boundaries as they like to evaluate the beauty of a woman and contrast her actual self to the way she appeared on Big Brother 15 years ago.

Instead of debating over whether or not Janelle got plastic surgery during one of her Big Brother seasons, people should really be discussing the fantastic moments she’s enjoyed over the years.

Thanks to her strategic and physical exploits, Janelle is already regarded as one of the greatest female Big Brother competitors.

In Big Brother 6, Janelle received two Households and two vetoes, and then in Season 7, she won four HOHs and five vetoes.

Her current status as a tough competitor could make her an easy target for the other 22 guests of Big Brother who feel intimidated by her. Alternatively, it might help her to form strong alliances from the beginning.

Janelle and Kaysar are the Favorites for ‘Big Brother 22’

? Janelle & Kaysar ? Back to Where We Started

Janelle may have begun to play her planned 22nd Big Brother game in anticipation of the first nomination ceremony. She went into the house, purporting not to have talked to fellow co-conspirator Kaysar Ridha for years.

This turned out to be a trap with all of their games, though, when she revealed live updates on the Big Brother that she and Kaysar have kept in contact throughout the years.

And when he called her his plus one for the Safety Suite award, it was obvious that together, Janelle and Kaysar would be able to pull through the rivalry and make it to the finals together.

There’s always plenty of room for stuff to go south and Janelle or Kaysar to be picked for expulsion, but Janelle isn’t called an all-star for nothing.