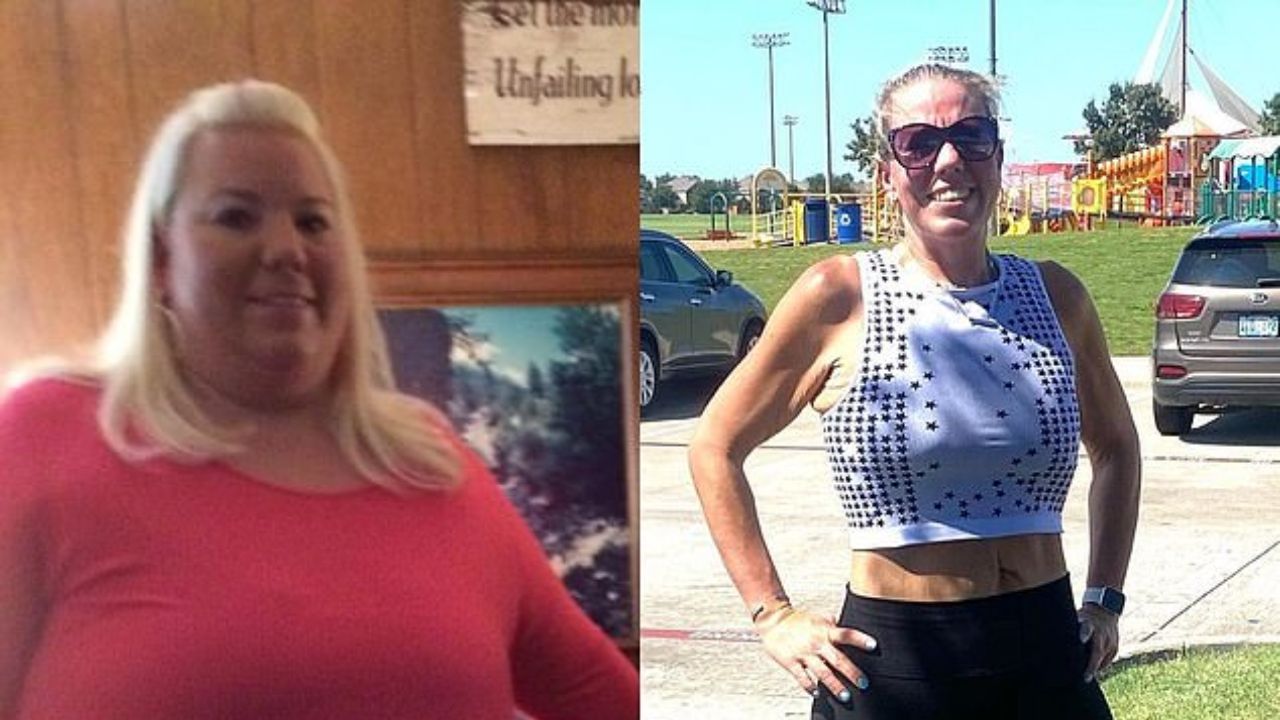 Just another girl who dreamt of living her dream, Penny Leaver has made headlines with her incredible transformation.

Penny Leaver, aged 43, lives in Texas. She is neither a celebrity nor an artist, but a very normal girl who has inspired many with her mind-blowing drive to change herself and pursue her dreams.

Penny Leaver came into the limelight with her weight loss. The story behind it, the drive and motivation to change herself, and the passion for her dream led Penny to be the star she is today.

Previously, we touched on the weight loss of Jenna Bush Hager and Vivian Vance. 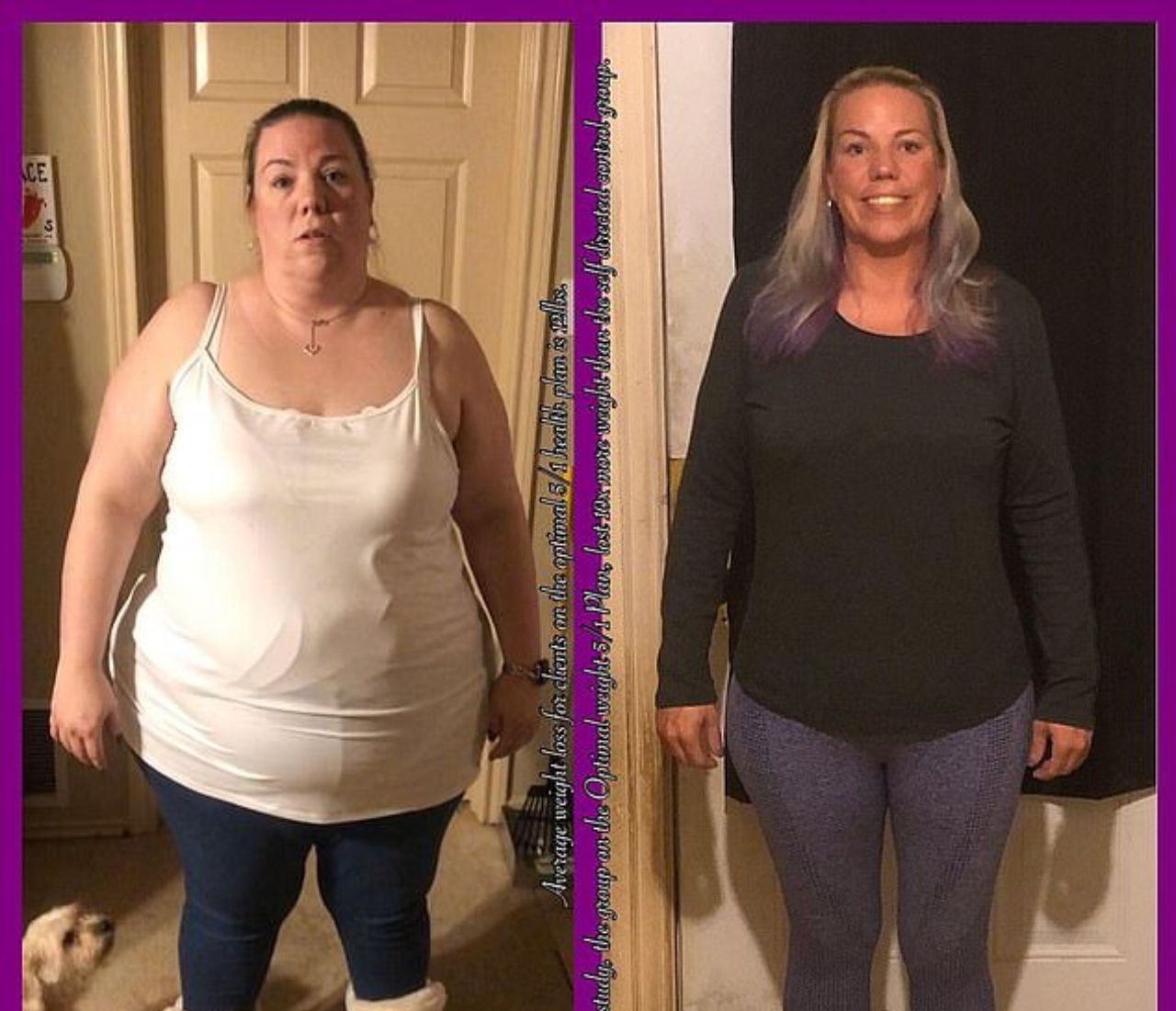 Penny Leaver before and after weight loss.
Image Source: Pinterest

Penny Leaver wasn’t a chubby kid, to begin with. In an interview with PEOPLE, Leaver revealed that she grew up in a healthy household where counting calories was a normal thing.

She used to play basketball, softball and was also on the drill team. Weight gain was quite unusual for someone as active as Penny.

The tragedy of Penny Leaver began when she was in college, her weight increased to the point where she was called “the freshman 15 times two.” Away from her restricted home, Penny discovered a wonderland of food, eventually losing herself in it.

“And from there, it just started spiraling out of control and it never got better,” she said to PEOPLE.

Lever eventually reached an astonishing 316 lbs. and the damage seemed irreversible. Her efforts to undergo weight loss went down in vain and all she was left with was hopelessness. This led Penny down the path of self-hatred and comfort eating.

Self loathe wasn’t the only thing Penny Leaver suffered. Lingering health issues followed Penny eventually leading her to hit rock bottom. Polycystic Ovary Syndrome, Diabetes, and high blood pressure were just the beginning of other serious problems they now figure of empowerment had to face.

Penny later suffered from multiple episodes of SVT, which is supraventricular tachycardia, also responsible for causing the heart attack.

Suffering from such severe health issues, Penny was advised by her doctor to lose weight. However, the 40-year-old then didn’t exactly know what steps were to be taken to live another year of her life.

“Nobody really explained to me why or how or what exactly I needed to do until the last time I went to the hospital and the cardiologist was like, ‘You’re not going to live to your next birthday if you don’t get your weight and your life under control,'” Leaver explains on her experience with the doctor.

The Life-Changing Weight Loss Program: This is How Penny Leaver Had the Most Amazing Transformation Ever Seen

The terrifying news of her life being at stake due to her extreme weight gain and the last words of her doctor finally pushed Penny Leaver into the right path.

The secret to Penny’s incredible transformation is revealed to be the Optavia program, which was suggested by a friend of hers.

Optavia is a full-flexed weight loss program that provides professional guidance, clinically proven diet plans and helps break health habits and develop new ones. Based on Baltimore, the program claims to have had changed 2 million over the years.

As for Penny Leaver, driven and motivated, she followed the plan strictly. Despite all the hardships and struggles, Penny stuck to her diet, workouts, and healthy habits.

While her diet included lean protein-centered dinners, she began switching to healthy alternatives like changing her fat-filled snacks with celery and fruits. Within a week Penny lost around 7lbs and within the end of the project, Penny was down to 160 lbs.

“I think the pivotal point for me was realizing that this was not a diet, that it was a lifestyle change,” she says remembering the experience. Penny was in her best shape ready to conquer the world.

Penny Leaver Finally Fulfilled Her Childhood Dream of Being a Firefighter

Losing half her weight, Penny was hopeful for her new future. Hit with the wave of the pandemic, Leaver lost her job. This led her to go down the loophole of emotional eating and revert back to some of her old habits.

Before losing herself again, Penny decided she needed guidance. Yet again being her savior, coaches at Optavia guided the soon-to-be firefighter into the directions of her dreams. “You can do anything you want with your career right now.” This changed Penny Leaver‘s life entirely!

The confidence she built up due to her insane transformation and the urge to be something led Penny to pursue her childhood dream of becoming a firefighter. Getting serious with her dreams, the figure of motivation to a step ahead.

Leaver spoke with her town’s fire chief and began training for the physical agility exam, which includes exercises such as sledgehammering a tire, dragging a dummy from a building, and hauling a dummy up stadium bleachers with a fire hose.

While working as a volunteer firefighter, she completed the first round of the fire school in September and is about to begin EMT training and the second round of the academy in the spring to achieve her full certification.

The story of Penny Leaver is an inspiration to many who limit themselves due to the conditions they are stuck in. It’s never too late to take a step into being better and shaping our future.