Nancy Pelosi Plastic Surgery – What Happened to Her Eyebrows? 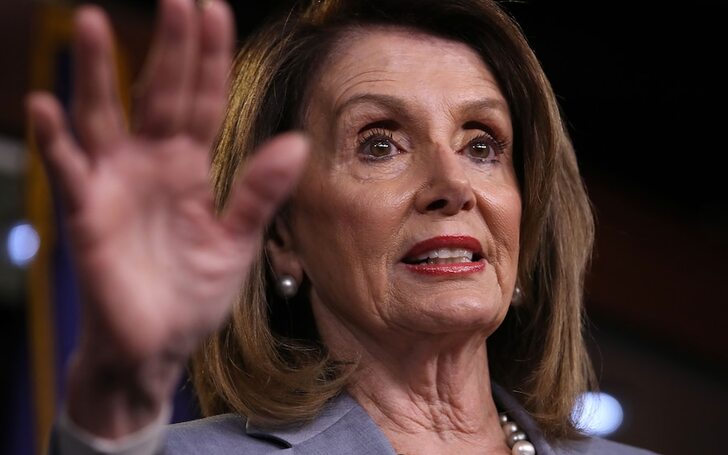 Even in the midst of a major catastrophe, Nancy Pelosi, Speaker of the United States House of Representatives, can not seem to escape backlash over her eyebrows and alleged plastic surgery.

On 12th May 2020, the 80-year-old announced House Democrats’ plan for a new Coronavirus relief law, but Twitter appeared more concerned about her looks than in her politics.

Nancy Pelosi Plastic Surgery – What Did She Do to Her Eyebrows? 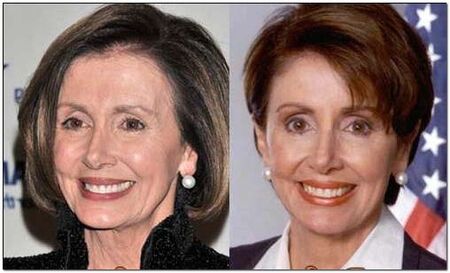 Nancy Pelosi before and after plastic surgery.
Source: Pinterest

During a national press conference about the huge COVID-19 policy package — which she said gave priority to “opening our economy safely and soon, honoring our heroes, and then putting much-needed money in the pockets of Americans”—plastic surgery claims started to show up on the Internet.

“What has Nancy Pelosi done to her face during COVID-19 shutdown?” questioned an anonymous user. “If her eyebrows get any higher, they will be up in her hairline. Sadly, she is more concerned about her Spanx face than getting Americans back to work.”

Another Twitter user wrote, “Looks like [Pelosi] had a facelift during the pandemic. Her face is tight as a drum & her eyebrows are in the middle of her forehead. She’s had to stay home to heal the scars. The creature can’t even blink!”

A third user, called “Deplorable Texan” on the site, accused the Speaker of using cosmetics to cover her supposed practices.

“It’s bad enough that you are taking a vacation and drawing your pay, but you have gotten a facelift when others can’t get heart stents,” the self-proclaimed “conservative ‘60s chick” bemoaned. “Your clown eyebrows, visible scars, and those hidden under scarves give you away.”

Pelosi did not react to the allegations, but this is not the first time she has been alleged to have gone under the knife. In 2011, a plastic surgeon located in Detroit commented about the plastic surgery she had reportedly undergone.

“A woman her age shouldn’t look that good,” Dr. Anthony Youn, who has never treated Pelosi, said at the time. “It appears that she has had a good amount of surgery… probably an eyelid lift and even a facelift.”

Did Nancy Pelosi Have a Facelift Surgery?

People couldn’t help wonder if Nancy Pelosi had a facelift surgery while social distancing herself from the House of Representatives. Her makeup and hair look different, and she now wears a scarf over her neck to cover her scars.

A guy commented on Facebook, “Have seen her twice on tv past couple of days. We asked the same thing; her eyes are black and blue, her skin looks strange, she is wearing a scarf to cover her turkey neck scars. WTH!! I guess she can have elective surgery! No wonder she has been reluctant to go back to Washington. That and her collection of gourmet ice cream in her $24,000 fridge! Talk about being an elitist out of touch nut case!!!”

Another one said, “Typical elitist, we have to follow the rules, but she doesn’t. I said to my husband, her face is tighter and shinier than a baby’s bottom. Shame on her to get elective surgery when cancer patients, heart patients, and other serious medical conditions are forbidden. I hope karma comes back to bite these elitists in their a$$es. ”

The third stated, “Yep. she deems herself privileged, and she flaunts that privilege while we the commoners must abide by the rules set forth. She shoves that privilege in our faces, yet she is constantly speaking about equality for ‘the people’ and ‘no one is above the law.’ Clearly, there is a double standard. Oh, that self-righteous quality she endlessly exhibits.”

The fourth claimed, “It is so clear she had work done on her time off. They pulled the forehead too high. Hence her eyebrows are way too high. She had lid work done. If they cut to much-sagging skin on the lid, it makes your eyes look too opened with a permanent surprise look. Her mouth is barely able to move from being too taught. Add the botox, and her face doesn’t move. I think the scarf around her neck you see lately is her mask that she slides down. So, I agree….her time away was from her NON ESSENTIAL surgery. More than likely, her delay in returning was because she hadn’t totally healed yet.”