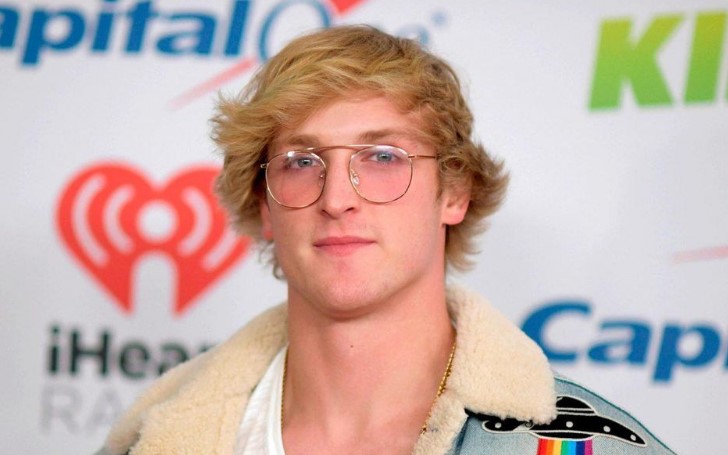 Logan Paul (born Logan Alexander Paul) is an American YouTuber who is pretty popular among teenagers for his funny skits and pranks on his YouTube Channel. The internet personality found his fame through a short video sharing platform, ‘Vines,’ which no longer exists. Though he owes big time to that platform because he is what he is all because of the Vines.

Even though the platform shut down, the internet personality kept posting his old vines videos on his YouTube channel, which helped him garner a massive subscriber list. Paul, who joined the YouTube creator community on 29 August 2015, now boasts an impressive 21.5 million subscribers and 5.31 billion all-time views.

Following his success on the video-sharing platform, the YouTuber also made appearances on Television series like ‘Law & Order: Special Victims Unit‘ as ‘Ryan,’ ‘Stitchers’ as ‘Theo Engelsen,’ and ‘Bizaardvark‘ as ‘Kirk.’ Moreover, he also starred in some of the movies like ‘Foursome‘ as ‘Alec Fixler, and in his own YouTube Premium movie, “Logan Paul Vs.”

While it’s apparent, the 24-year-old internet personality seems carefree, and most of his work, be it songs or other videos, tends to on the “funnier” side, as most of them are targetted for kids, who are his colossal fanbase. His humor has got him in trouble times and again, and has apologized for his insincere action as well.

But when it comes to tattoos? Does he have one, or if he does, do they hold some meaning to it or just some random art he etched on his skin for the shake of being funny? Let’s find out everything here.

Logan Paul Tattoo, Does He Have One?

Logan Paul has always shown his great affection and respect for arts, so how could he miss tattoos, right? Both Logan and his brother, Jake Paul, are great tattoo lovers, but Jake seems to be on the upper hand when it comes to tattoos. According to some sources, Logan’s baby brother has some cool tattoos designs on his body, but Logan has just one tattoo.

As a fan of Logan Paul, you must be aware he recently got a tattoo of a ‘Pokemon,’ as he mostly films his special moments on his vlogs. The 24-year-old YouTuber inked Pokemon character on his left side stomach. The character he chose for the tattoo is Squirtle wearing a pair of sunglasses.

We take the liberty of assuming you know the famous Pokemon character, Squirtle. If you don’t know, it’s a Pokemon species which is popularly known as “Zenigame” in Japan, a character in Nintendo and Game Freak’s Pokemon franchise.

The character was designed by Atsuko Nishida and was named Squirtle during the English localization of the series. It was called so as to give it a “clever and descriptive name.” But what about Logan’s tattoo? Does it hold any meaning?

Also Read: Some of John Finlay’s Prominent Tattoos and Their Meaning

Well, apparently, according to Logan Paul himself, his Squirtle tattoo does have a meaning and was not some random thing. Logan stressed it represents his childhood and his personality! “Clever and Descriptive,” Right? 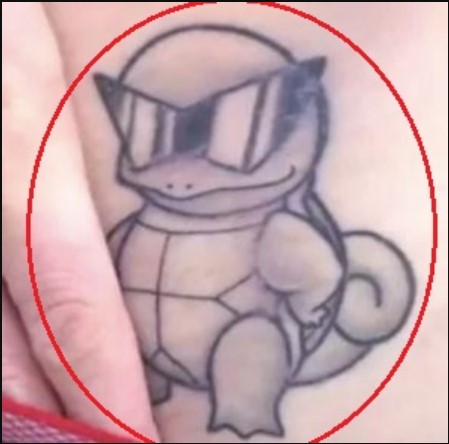 But he also emphasized that as he is funny, Squirtle represents the person he is because Squirtle is that character who is smart and entertaining, and everyone loves it.

You May Also Like: ASAP Rocky Tattoos; Learn Their Meanings!

For more celebrities’ tattoos and their meaning, stay tuned to Weight&Skin, and don’t forget to sign up for the newsletter.