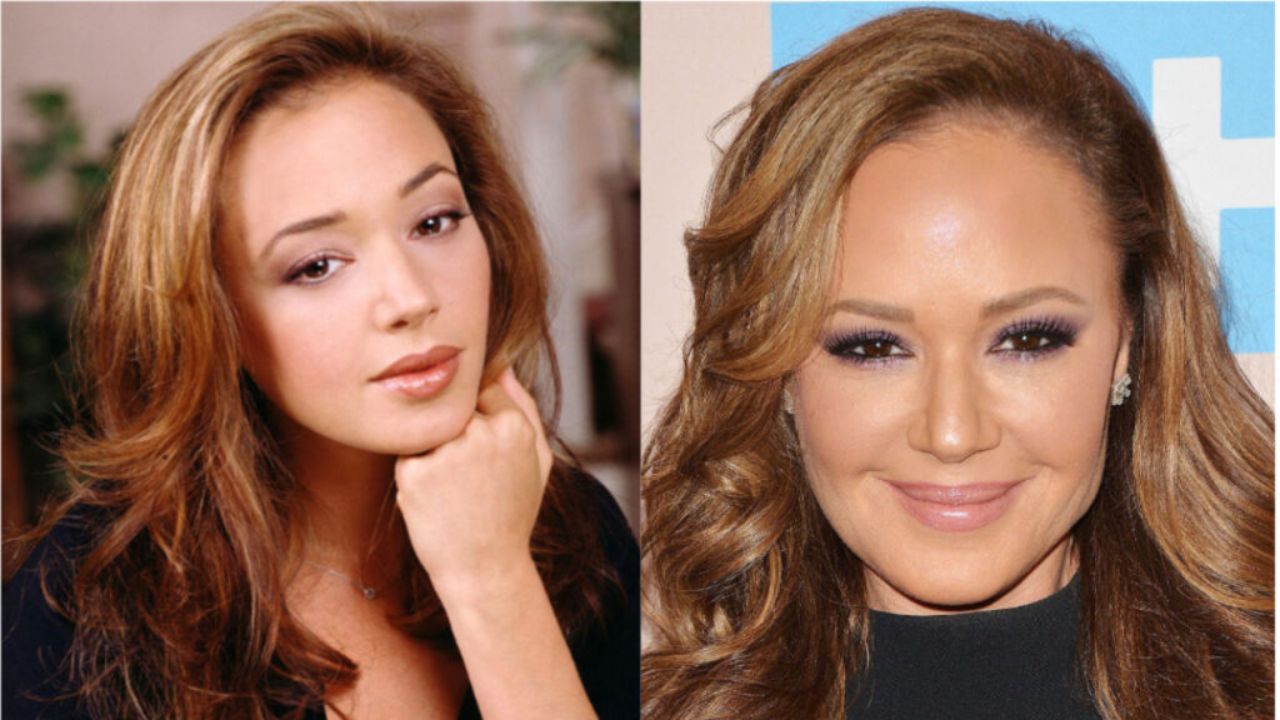 With all of her accomplishments and stardom, Leah Remini has been in the limelight for quite some time now, and rumors about her having plastic surgery recently become a major subject. Comparing her before and after pictures, many speculated that he might have undergone multiple plastic surgery procedures. However, Leah Remini denied all the allegations but accepted the fact that she has applied Botox on her face.

Leah Marie Remini, better known as Leah Remini, was born on June 15, 1970, in Brooklyn, New York City, to Vicki Marshall and George Remini. She is an actor, comedian, producer, author, and activist who has been in popular comedies such as The King of Queens as Carrie Heffernan and Kevin Can Wait as Vanessa, among many more films and television episodes. Furthermore, Leah has had a good acting career from the start.

The famous comedian later published Troublemaker: Surviving Hollywood and Scientology, a book based on her previous experiences, which received wonderful reviews and topped The New York Times Best Seller List.

Following that, Leah Remini attempted to launch a documentary series titled Leah Remini: Scientology and the Aftermath, which she co-produced and presented. Later on, maneuver gained her even more acclaim, earning her two Emmy Awards.

People undergo many sorts of transformations, such as modifying the shape of their body parts or even changing the appearance of their faces. And Leah Remini has been tied to a number of plastic surgery rumors. Remini revealed having a Botox injection but she is also said to have had some other cosmetic surgeries to improve the attractiveness of her physical features. Here is all you need to know about Leah Remini’s plastic surgery.

Previously, we touched on the plastic surgery efforts of Carrie Underwood and Nicole Kidman.

Has Leah Remini had Any Plastic Surgery? Speculations of Other Cosmetic Enhancement Allegations!

Looking back at Leah Remini’s previous movies and TV episodes and today, even after so many years, she doesn’t appear to have aged much, even at the age of 52. That’s why many were debating whether or not Leah Remini had undergone other plastic surgery.

However, the famous American actress has never made such accusations before. Instead, she went on to deny it after one Twitter user said that she could hardly move her face. The actress promptly responded that she had never had anything done on her face other than Botox.

Celebrities are known to have taken Botox injections at least once in their lives to restore a young appearance to their skin, especially as they age. Leah Remini has likewise been the subject of intense curiosity over her use of Botox.

The Second Act actress has also admitted to having Botox injections. But her assertions didn’t stop some from assuming she didn’t undergo a surgical facelift, and the public had their say, stating Leah Remini’s face job went wrong.

Aside from that, Leah Remini isn’t mentioned for eyelid surgery since, thanks to fillers, her under-eye and eyelids seem firm like the rest of her eye region. Leah Remini did more to her face than just have minor surgery done around her eyes and cheeks. According to public perception, she has undergone more plastic surgery procedures.

We all know that Leah Remini (@leahremini) is accused of having plastic surgery since she began her acting career. However, she has had large lips from the beginning of her acting career, but her present lip shape changes somewhat from what it used to be.

The activist’s lips used to be slimmer, but starting in 2016, they became to appear bigger, indicating that she had a lip job or reconstructive lip surgery. Some admirers admired Leah Remini’s appearance, while others complained that lip surgery had gone wrong.

Similarly, the Saved By The Bell star has also been accused of breast augmentation, which is a technique that makes your breasts appear larger by implanting saline or silicone implants. This sort of operation is normally difficult to conceal, so if you look at Leah Remini’s photos and YouTube videos throughout the years, you’ll be able to tell if she had the process or not.

When it comes to plastic surgery, the Troublemaker: Surviving Hollywood and Scientology author has been tied to other several plastic surgery rumors. She is also alleged to have had laser therapy, with some surgeons noting that when they compared before and after images of her, her skin tone is different than when she was younger.

However, this notion was difficult to trust because her skin color may have altered owing to her cosmetics or the camera illumination. On the other hand, Leah Remini has continuously refuted any such reports up to this point. Except for the fact that she took Botox treatment and stated that if a facelift is required, she will continue with fillers until then.