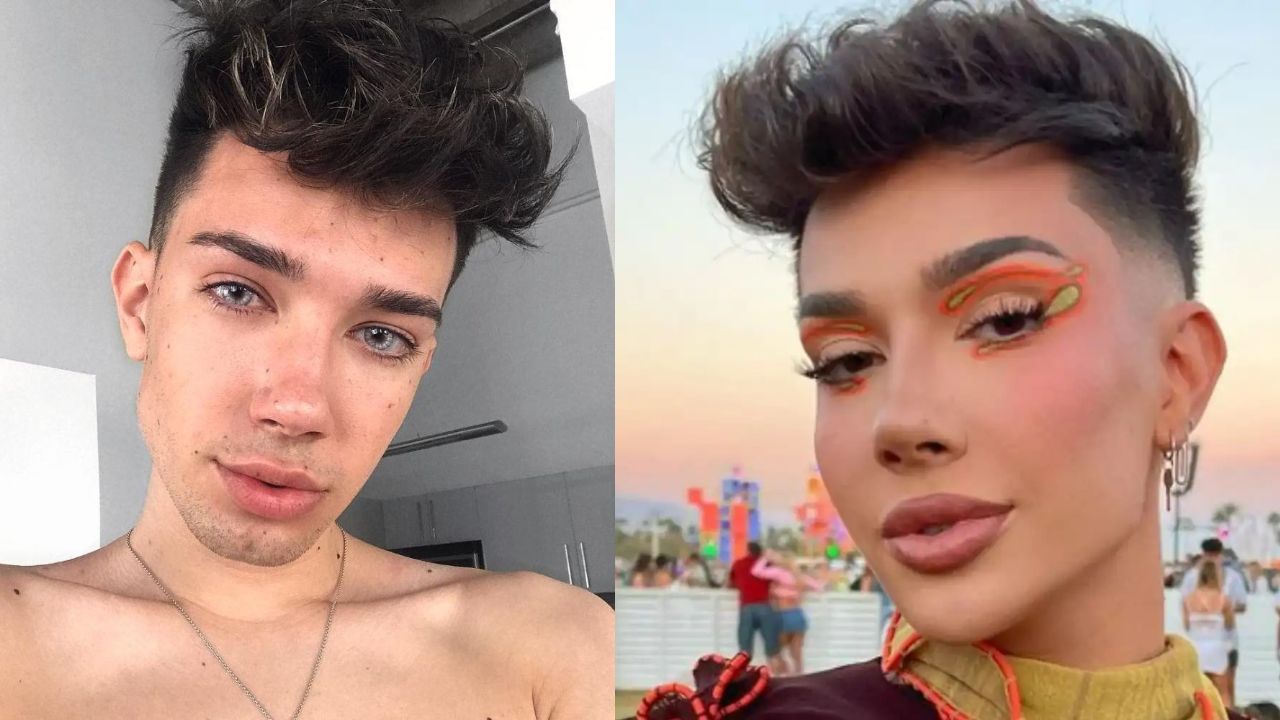 James Charles has accepted that he has undergone plastic surgery, including a BBL surgery, lip filler, and Botox injection. However, James denies the rest of the allegations made about his appearance. Fans believe his no makeup pictures clearly show him undergoing a cosmetic procedure. Follow the article to know more about James Charles’ plastic surgery rumors.

The world knew James Charles when he came out on Youtube and spread the flamboyant colors of his makeup brush. A talented young man thriving as a makeup artist at such a young age, people couldn’t help but be in awe when they discovered James Charles.

As the years passed by, James became more than a makeup guru, he was an influencer and a social media star. As his stardom grew so did the controversies and scandals surrounding him.

While there’s quite a lot to be talked about in regards to James, being a makeup artist, his looks are something that’s always in the audience’s eyes. Speculated to have gotten multiple plastic surgeries, it can’t be helped but talked about. So, here are all the details on James Charles’s plastic surgery rumors.

Previously, we touched on the plastic surgery efforts of Ray Liotta and Ellen Barkin.

Being a makeup guru, influencer as well as a model on the side, James Charles is all over the internet. Despite the fact that James Charles’ social media accounts are frequently filled with content displaying his makeup abilities, he does occasionally upload photos of himself.

The first speculation of James (@jamescharles) getting a plastic surgery began when the YouTuber’s buttocks appeared to be considerably fuller than before. Internet trolls combed through his YouTube channel to see if the 22-year-old had ever expressed interest in the BBL procedure.

Fans got a peek into the content creator’s Amazon purchases in a video titled Trying The Cheapest Makeup From AMAZON! where Adult diapers were one of the things suggested. Following the additional study, it was discovered that after BBL surgery, doctors recommend using pads or adult diapers to prevent leaks. Connecting all the possible dots and more, the audience summarized that James surely got a BBL. However, he himself hasn’t confessed to getting one.

James Charles’ body was 100 percent real when he tweeted it in 2018, but followers began to doubt him again in 2019 after he posted a nude selfie on Twitter. He claimed that he only made the post because someone threatened to reveal his personal images, claiming, “This is the ONE and ONLY nude photo I’ve ever shot! You may no longer threaten me with it. Get a grip on yourself.”

The speculations of the makeup artist undergoing plastic surgery come up every now and then as he posts his pictures online. Despite the allegations concerning his body, Charles has confirmed that he has only done work on his face. The fact that James uses Face Tune and Photoshop to alter and enhance his pictures which often changes his original features also adds up to him being rumored to have gotten plastic surgery.

As to what procedures James Charles has actually gotten, the beauty guru confesses to having Botox and lip filler, which can be clearly seen on her no makeup pictures, in a recent interview with supermodel Naomi Campbell on her YouTube series No Filter with Naomi. Charles stated that,

“Lip filler is something I have. I’ve had Botox injections. I’m really forthright about it. My father, on the other hand, has the worst forehead wrinkles you could ever imagine on somebody. So, for me, Botox was primarily a prophylactic measure, as my father and I share a striking facial resemblance.”

James Charles, who is no newbie to controversy, made headlines after undergoing two procedures. James jokingly tweeted out, “btw my surgery is an ass reduction cause it’s too fat,” and his fans believed him. As bizarre as it sounds, the influencer shut down the rumors, tweeting, “it has come to my attention that people actually believed that my surgery yesterday was an ass reduction…. baby… I would never get rid of this thicker than a snicker juicy caboose.”

However what exact surgery he got wasn’t revealed. A makeup artist who makes his life creating art on his body, the pressure of having to be perfect in all sense might have gotten to James Charles as well. While he stays all-natural and hasn’t exactly gotten his features altered, the rumors still surround him.

Many believe that it’s good to see an influencer be candid about their plastic surgery details, but at the end of the day, what someone decides to do with their own body is ultimately no one’s business.