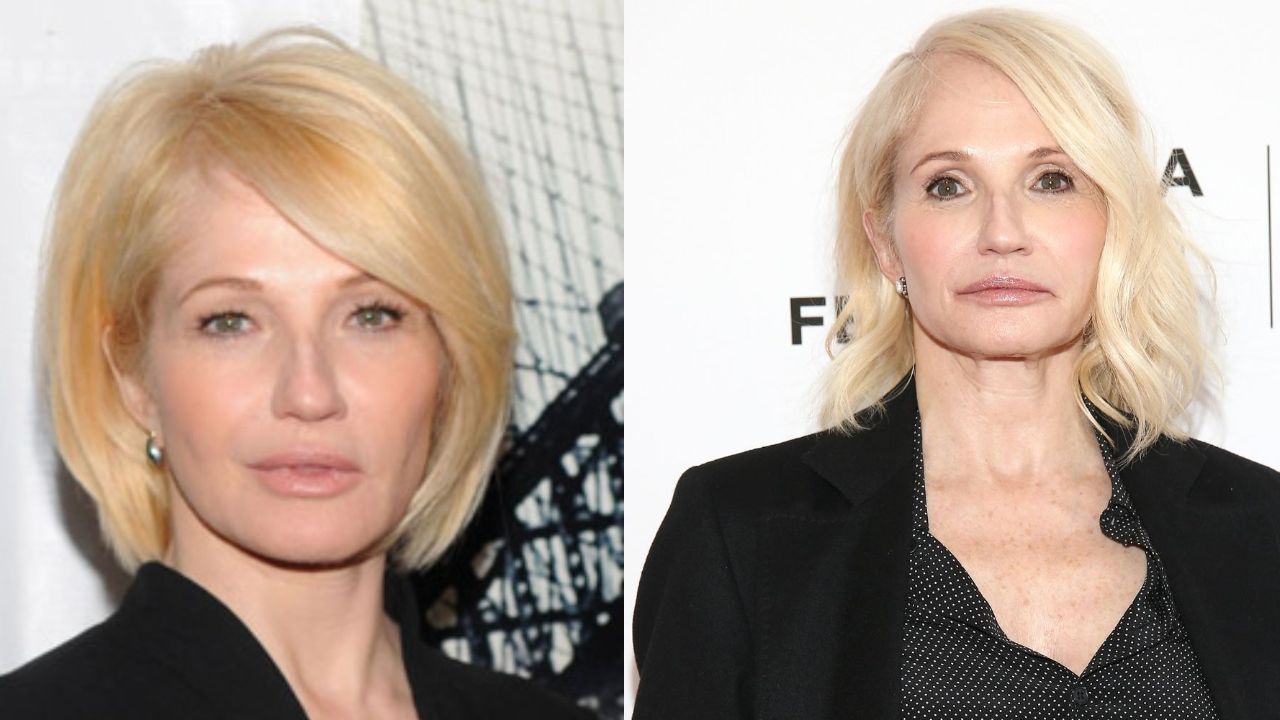 Recently, Ellen Barkin’s 2019 video was shown during Johnny Depp and Amber Heard’s trial and fans are curious to know about her plastic surgery details. She is believed to have a facelift, Botox, lips injection, breast implantation, and eyelid surgery. Follow the article to know more about Ellen Barkin’s plastic surgery or perhaps a botched surgery.

Ellen Rona Barkin (born on April 16, 1954) is a well-known American actress and producer best known for her roles in films, The Big Easy, Sea of Love, and Switch. She received an Emmy Award for Before Women Had Wings in 1997, a 1997 family drama television film based on Connie May Fowler‘s story about a mother whose abusive husband commits suicide.

She also received a Tony Award in 2011 for The Normal Heart. In the American sitcom Modern Family, Send Out the Clowns, the 1.71m tall American actress played Phil‘s business rival, Mitzi Roth.

Ellen Barkin has appeared in numerous films, but her recent appearance on the trial has brought her back into the spotlight, and people are looking for her plastic surgery rumors. Well, how true is that? Let’s find it out.

Previously, we touched on the plastic surgery efforts of Cheryl Hines and  Sissy Spacek.

Ellen Barkin has been trending on social media recently with regards to her failed excessive plastic surgery. Despite the fact that the actress claims to despise the various times of plastic surgery procedures, it is believed that there is a significant difference in her face recently. Some of the procedures which she might have done are facelift, Botox, lips injection, and eyelid surgery.

Many people use facelifts and Botox as a means to get rid of wrinkles and make their faces look younger. Ellen Barkin’s face does look younger with a lack of wrinkles but there is a significant drawback to it. Even though Ellen’s face looks wrinkled free it looks too stiff and unnatural like a doll. This could be a side effect of having too many Botox injections.

Her fans have also speculated that the actress had a lip filler recently. There is a huge difference in her lips when comparing her before and after photos. Previously she used to have a thinner natural lip but now her lips look bigger. The actress is also suspected to have a blepharoplasty which is just a fancy word for eyelid surgery. There is a drastic difference in how her eye looks before and after.

Another plastic surgery that the actress is suspected of having is breast implantation. Her boobs seem to be bigger than they were in the past. It is not unusual for an old-aged to have a saggy boob but in the case of Ellen Barkin who is 68 years old, her boobs are far from saggy but look even bigger and healthier than before. Some of her fans have even complimented her boob job.

The 68 years old actress does look a bit younger than the people her age. But maybe she should have better handled the number of Botox injections as her face looks less life-like than before. The actress has publicly only claimed of having Botox once and she told how she regretted her decisions.

All the claims of Ellen Barkin having plastic surgery are predictions by her fans who noticed the drastic change in her body. There might be no way of knowing of the actress underwent different procedures since she does not like to talk about plastic surgery but there is no denying the fact that she looks younger and wrinkles-free than most women look in their late 60s.

Ellen Barkin, an American actress, testified in Johnny Depp and Amber Heard‘s trial that Johnny once threw a bottle of wine at her and called him a controlling, jealous man. Barkin stated that she met Depp around 1990 and had a ten-year friendship with him, which included a role in the film Fear and Loathing in Las Vegas.

When asked if their relationship became romantic, Barkin smiled and said it happened around 1994, when she moved to Hollywood and he switched the buttons. The relationship lasted several months, according to Barkin, and she would go to Depp’s house or he would come to hers three or four times a week.

In a pre-recorded deposition, Ellen Barkin stated that she was always aware that Depp drank excessively. When one of Heard’s lawyers asked her if there was ever a time when Mr. Depp acted out of control with her, Barkin replied,

“Yes. Mr Depp threw a wine bottle across the hotel room in one instance, in Las Vegas while shooting Fear and Loathing. A fight was going on, between Johnny Depp and his friends in the room, the assistant.”

The 68-year-old American actress couldn’t recall whether the bottle was full or not, and it didn’t hit her or anyone else. She claimed it was a toss from the other side of the hotel room.

Ellen Barkin described her breakup with Depp as a big goodbye, and she never heard from him again. She stated that there was a lot of jealousy – don’t do this, don’t do that during their relationship.