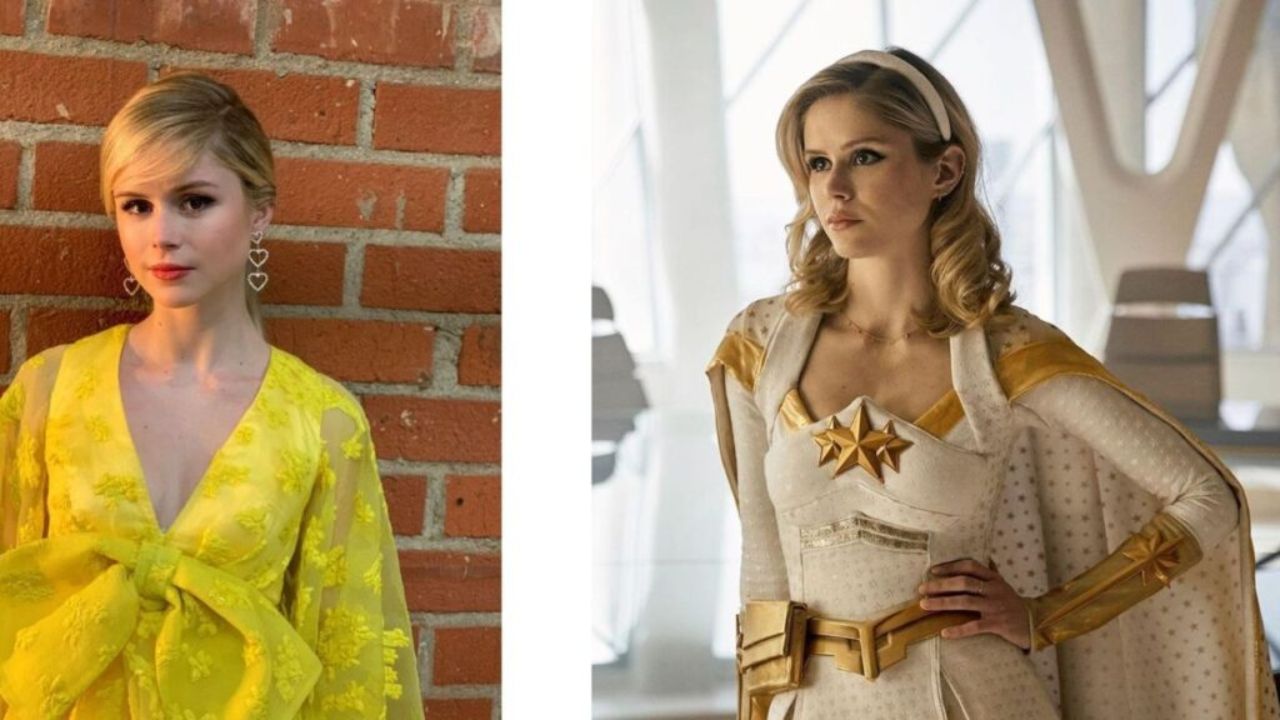 Starring in The Boys, Erin Moriarty’s changed appearance as Starlight in season 3 of the series is raising quite the speculations about plastic surgery. Rhinoplasty, botox, fillers, jaw incisions, and what not! More notably, the before and after pictures of the 27-years-old Starlight actress on The Boys Season 3 are fueling the rumors of cosmetic surgery. So, here’s a look at the truth behind the plastic surgery assumptions of Erin Moriarty.

Erin Moriarty is remembered most fondly for playing Annie January/Starlight in the Amazon Prime television series The Boys. Shot to fame rapidly as she made her television debut on the shows One Life to Live and Law & Order: Special Victims Unit, Erin Moriarty is the face of The Boys season 3.

The actress soon appeared in the TV shows Jessica Jones on Netflix, True Detective on HBO, and Red Widow on ABC. With such successful roles, Erin quickly gained notoriety and is now more on the highlight since her appearance in Season 3 of The Boys.

The audience’s desire to learn more about the actress seems to be expanding along with her rising success. While there are many fascinating facts about Erin Moriarty, her most recent performance in Season 3 of The Boys has some wondering if she has had plastic surgery. The speculations and curiosity are quite on the rise. So, here is what we know about Erin Moriarty’s cosmetic procedure.

Previously, we touched on the plastic surgery efforts of Pam Shriver and Naomi Olindo.

Fans of The Boys were antsy about Erin Moriarty‘s (@erinelairmoriarty) arrival as the Season 3 of the show debuted, keeping them glued to their televisions. One of the reasons was because of the Starlight actress’s rumored plastic surgery, people seem to be unhappy with the alleged recent alteration in her appearance.

When comparing recent photos of Erin to others from the past, the actress appears to have made small changes. While many people think she underwent substantial cosmetic surgery, the majority continue to believe that she only changed in appearance due to makeup and lightning.

In a recent poll by The Celebrity Post, 75% of “experts” said Erin Moriarty underwent plastic surgery. The majority of people think that the 27-year-gorgeous star’s appearance is not totally natural and that she received some cosmetic intervention. Erin, however, has remained silent on the rumors.

It wouldn’t be shocking if Erin Moriarty underwent a rhinoplasty since it’s one of the procedures most frequently chosen by celebrities. She may have had minor adjustments made to her nose’s structure, even though there isn’t a noticeable alteration in its overall shape.

The Starlight actress’s face appears to be a little stretched, leading some people to believe that she may have undergone a facelift. The difference between her face before and after speaks volumes, despite the fact that there is no proof of the assertion.

The plastic surgery rumor that she had a rhinoplasty was followed by speculation that she might have botox and fillers. Erin now seems younger than she is, leading the admirers to infer why. It wouldn’t be ghastly if Erin confirmed she chose one because Botox and fillers are also among the most popular cosmetic surgeries performed that have no negative side effects at all.

With all of these allegations, fans are closely examining Erin Moriarty’s involvement in season 3 of The Boys. While some people think Erin appears younger and more radiant now, others think she was already gorgeous when she first debuted in the series.

All About The Boys Season 3!

The Boys‘ Season 2 conclusion featured some shocking incidents, including Stormfront‘s warpath. In an effort to get her hands on Ryan, she made an attempt to kill Becca, Ryan’s mother. In the process of killing Stormfront with his thermal vision, the boy killed his mother in the line of fire.

The finale continues with Stormfront fighting on despite losing three of her limbs and having half of her face disfigured. Stormfront was shown to be alive in Season 3 with the intention of making Homelander perish in the same manner, despite the fact that many believed she had died as a result of her afflictions.

The Homelight reveal marked the conclusion of The Boys Season 3’s opening episodes. It’s clear that things aren’t going well for Starlight as she tries to escape Homelander and Vought. Fans seem to have high expectations as it is clear that Starlight and Homelander‘s romance has advanced in Season 3.

The third season of The Boys, according to star Erin Moriarty, is “Wilder” than the first two. Erin stated in an interview with ComicBook that things have become crazier and wilder, and she is eager for viewers to watch how it plays out this season.

The Boys, directed by Eric Kripke and based on a best-selling comic book by Garth Ennis and Darick Robertson, debuted in 2019 to rave reviews.