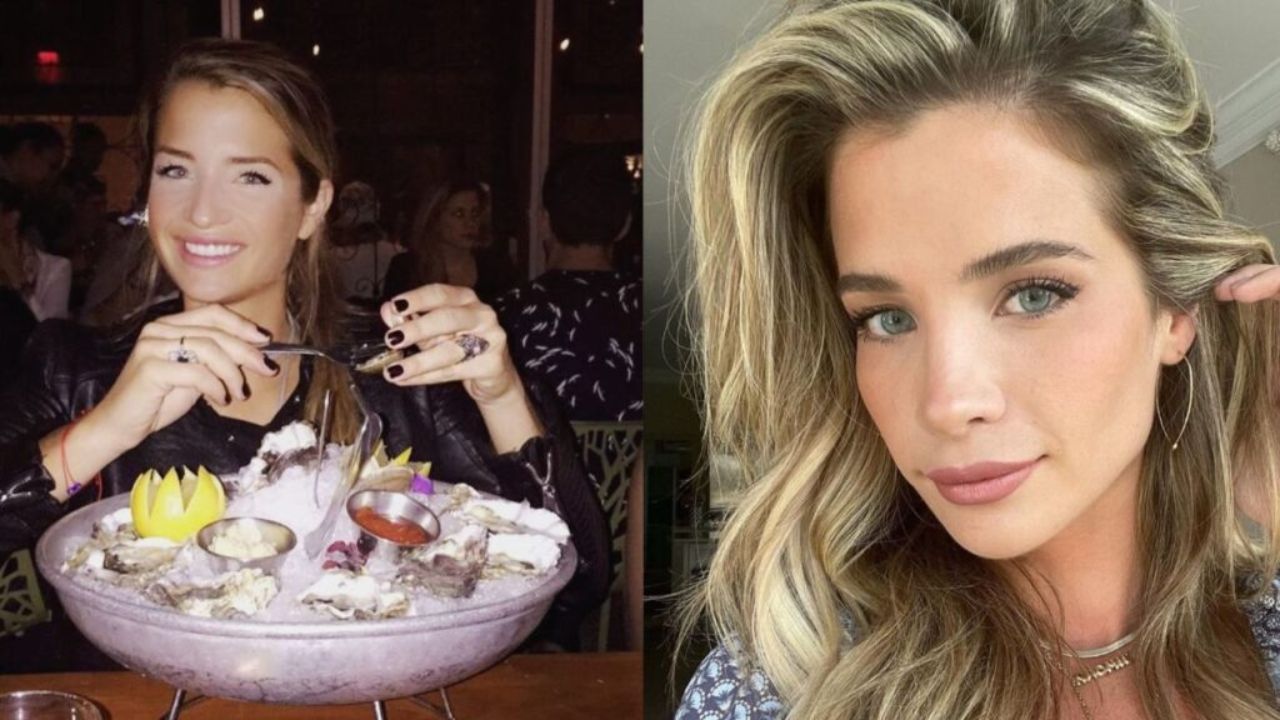 Making her way into the limelight with Southern Charm and Instagram influence, Naomie Olindo’s transparency and honesty about her plastic surgery are rather shocking to the fans. 29 in age, Naomi received rhinoplasty, botox, and fillers and she isn’t scared to admit getting any of the procedures. From rumors of getting engaged to having apparent weight loss and tons of plastic surgery, here’s all you need to know about Naomie Olindo from Southern Charm.

The face of the Bravo reality show Southern Charm, Naomie Olindo introduced herself as a reality television star and an Instagram influencer. Depicting the story of a group of people the Southern socialites manage fluctuating sexual entanglements, tumultuous friendships, thriving enterprises, and new fatherhood, old resentments bubble over and new ones emerge, Southern Charm is where it all began for Naomie.

An entrepreneur along with being a television personality, Naomie Olindo owns the online clothing brand L’ABEYE where she curates designer clothes herself. Originally from France, Naomie was born on 4 August 1992. Holding an MBA degree, Olindo has climbed the stairs of success quickly. With her breakup with her boyfriend Metul Shah and all the stories of her plastic surgery, the spotlight just can’t leave Naomie Olindo.

Very much open about the plastic surgery procedures she underwent, fans are finding Naomie interesting. Not hesitant to admit that she actually opted for cosmetic procedures, there are a lot of questions asked with regards to it. So, here’s all you need to know about Naomie Olindo’s plastic surgery.

Previously, we touched on the plastic surgery efforts of Tomi Lahren and Leah Remini.

A 29-years old Instagram influencer, reality star, and entrepreneur, Naomie Olindo is walking in limelight. Along with the rumors of her being engaged, her drama with her ex Metul, the curiosity around Olindo’s plastic surgery can’t be helped but talked about.

Naomi Olindo is ecstatic to display the outcomes of a recent cosmetic procedure. The Southern Charm star opened up about her decision to have dermal filler put in her cheeks, chin, and jawline earlier this month and fans couldn’t be more shocked seeing her honesty.

According to Bravo, Olindo revealed the alterations she has undergone in a series of images on her Instagram Story with the caption, “Y’all know I hate it when people try to judge about Botox/fillers.” She went on to add, “It is absolutely okay to do exactly what you want to do and not be ashamed about it.”

Olindo was also brave enough to add before and after pictures of her plastic surgery also thanking the physician who did it. Naomie Olindo commended aesthetic medicine physician assistant, Cameron Moskos for her work in another Instagram story, saying that there was “such a subtle and natural difference on my jawline.”

Amidst Olindo’s cosmetic surgery, Moskos, who works for Plastic Surgery of The Carolinas, also captured several behind-the-scenes glimpses from her time with the reality star. One of these peeks is a time-lapse video that demonstrates Naomie getting the injections.

Along with all the aforementioned procedures, Olindo had a Rhinoplasty in 2018 and shared on Instagram how her recuperation went after the procedure. She stated in an interview with BravoTV at the time that she had desired the treatment “since I was 8 years old.”

When the stunner posted a selfie showcasing her profile, her followers remarked that her nose appear to have changed. Although Naomie Olindo didn’t mention her altered appearance in the caption then, she was more than happy to respond to fans’ inquiries soon.

When admirers praised her appearance online, the Southern belle responded: “I’m grateful. There is no use hiding anything.” She continued by stating that she is 13 days post-op and although she is a little puffy, she is pain-free.

On her Rhinoplasty, Naomie revealed that only had one regret regarding the plastic surgery procedure, which was carried out by Dr. A Joshua Zimm of NYC: that she put it off for so long. She stated that her surgeon did the most incredible job and the only thing she regrets is not having done it sooner.

In regards to her opinion on plastic surgery, having gotten multiple of them, Naomie says that plastic surgery shouldn’t be frowned upon. She believes, “If there’s something about yourself that you don’t like and you have the opportunity to change it, why wouldn’t you? I did it for me and no one else and want to be as open as possible about it. I’m so happy with my decision and would do it 100 times over.”

Time and again being criticized for getting plastic surgery, Naomie Olindo manages to shut all the rumors and move on to being her best beautiful self.

Many fans have also been speculating if Namoie got engaged to her ex. However, there’s no such revelation by the star. Naomie Olindo broke up with her Metul Shah and is currently in the headlines for hooking up with one of her exes Craig Conover.

Before breaking up, Olindo and her ex Metul Shah dated for over three years. Despite having met in Charleston, the former couple moved to New York City together last summer, only ten days before Olindo found out Shah had been having an affair on social media.

During the Season 8 opener, Craig and Naomie entered into a plot that was rather unexpected. In a shocking revelation, Craig revealed that he and Naomie had hooked up in Vegas. Fans naturally questioned whether this encounter coincided in any way with Craig’s relationship with Paige DeSorbo. As interesting as it gets, fans are all in to know more!