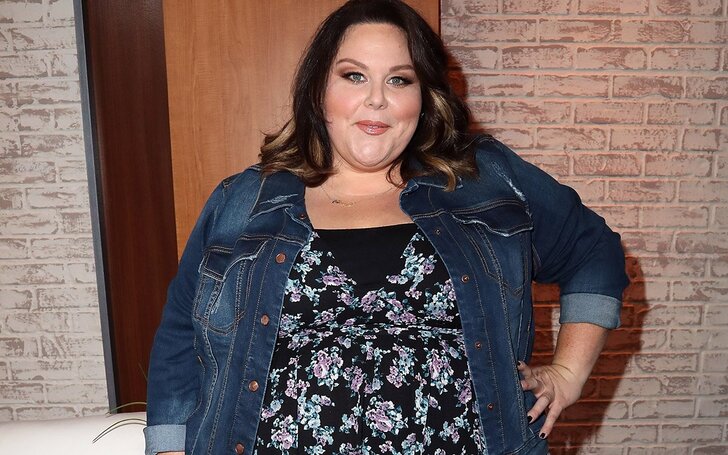 Chrissy Metz, the star behind Kate Pearson on This Is Us, has never refrained from sharing her thoughts around body positivity and weight problems. Series producer Dan Fogelman based the part after his own sister’s weight loss journey.

Though Chrissy doesn’t let her weight stop her from fulfilling her ambitions these days, this wasn’t always the case with the actress — especially when she first began in Hollywood.

Chrissy Metz Struggled with Weight Loss Throughout Her Life

The actress said in an interview with The Hollywood Reporter that she was “born chubby” but was thinner at different stages of her life. “But I was definitely always a chubbier kid,” she said.

“My friends could eat whatever they wanted to, but I knew that as a kid if I ate certain things, I would totally gain weight. I had to be really cognizant of what I ate.”

Chrissy also told The Hollywood Reporter that she could relate to Kate because they’ve had similar struggles with weight—as well as parents who didn’t really know how to cope.

“I remember going to Weight Watchers when I was like 11,” she said. “I was the youngest person in the damned room, and it was awkward. My mom was trying to figure it out, but it’s a process.”

Chrissy told People in 2017 that she was a size 12 when she first began acting—but she dropped 50 pounds at the recommendation of her manager before moving to L.A. She became depressed when the acting jobs weren’t coming and said she was “eating my feelings”—so she gained more than 100 pounds before having a panic attack on her birthday that changed her attitude about her weight.

Chrissy lost 100 pounds in less than five months following that incident. “All I did was eat a 2,000-calorie diet and walk 20 minutes a day,” she said.

Pre-This Is Us, Chrissy landed a recurring role on American Horror Story: Freak Show that required her to wear a fat suit.

“It was sobering,” she told People. “I thought, ‘What if I become that heavy and can’t walk around or get stuck in the doorframe? I was like, ‘I don’t want this for me.’” She got her role in This Is Us not long afterward.

Chrissy has been open about her weight loss journey, but she’s also a big proponent of body positivity. “I just have to be very clear,” she told TVLine. “Whether or not I lose weight or stay the same, it’s purely a choice of mine for health. Not because I think that plus size, curvy, voluptuous, big bodies aren’t attractive—because I think they’re awesome and sexy.”

Chrissy told TVLine that, because of Kate’s storyline, her This Is Us contract includes a clause that requires her to lose weight along with her character—and she’s all about it. “That was a win-win for me,” she said. “Because it’s one thing to try to do it on your own. But as human beings, it’s an ego thing: We’re more likely to do something for someone else.”

Chrissy told Marie Claire in 2017 that she doesn’t even know how much she weighs. “I don’t worry about numbers,” she said. “It just messes with my mind.”

Chrissy told People in 2018 that she’s working to lose weight, but it’s on her own schedule. Her weight loss efforts are “not for anybody but myself. … I want to have a fit, healthy body and not have to be put in a box. I don’t want to be limited by anything,” she said.

Chrissy Metz Says She Does Not Seek Weight Loss

The actress opened up about dealing with pressure to lose weight at the WrapWomen’s Power Women Summit in Oct. 2019. “Whether I lose weight or I don’t, I don’t really hold onto like a number,” she shared. “I don’t think that’s important because who’s to say what.”

Instead, Chrissy says, “It’s important for every individual to determine what makes them happy and how to get to that. It’s going to take some time. There are some days where I’m like, ‘I’m definitely eating my feelings.’ Other days when my heart is full, I’m not hungry. Do I want to take care of my body and live a healthy life? Absolutely. That doesn’t mean you can’t do it at an unconventional size.”

As for speculations about weight loss surgery, “The question I wish people would stop asking me is, ‘Are you having weight loss surgery? Are you gonna be doing a gastric bypass?'” she told TODAY in September 2017. For her, it’s a no-brainer: “I’m good, boo.”

After starring in the 2019 faith-based movie Breakthrough, Metz is pumped to produce her own film and drop her debut album in 2020. “I don’t want to compromise a sound or a note or a word,” she tells Good Housekeeping about the album. “I want it to be on my terms, which is new for me.”