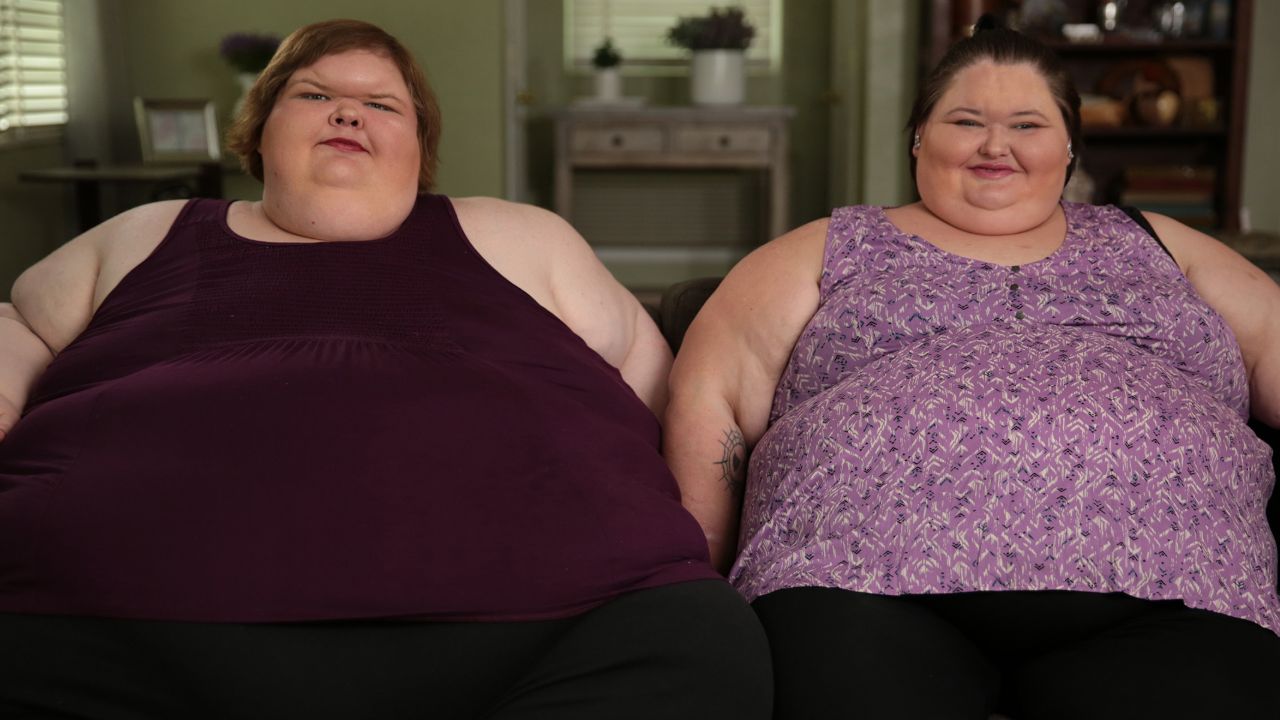 Amy and Tammy before and after weight loss is the latest curiosity amongst the fans of TLC’s 1000-lb Sisters. Following bariatric surgery, Amy Slaton underwent weight loss of 130 pounds while Tammy Slaton lost over 250 lbs of weight.

If you are a fan of TLC reality shows, then you surely know who Amy and Tammy are! Starring in the American reality television series 1000 lb Sisters, Amy Slaton-Halterman and Tammy Slaton are reality stars. The show featured Amy and Tammy’s lifestyle highlighting their weight loss journey and attempts.

Together known as 1000 lb Sisters, Amy and Tammy first were introduced to the world through their YouTube channel. The duo used to upload vlogs, DIYs, and other challenges until they were featured in the reality show by TLC.

Previously, we touched on the weight loss efforts of Paris Phillips and Dana Brooke.

Amy and Tammy’s obesity began when their grandmother passed away. While their mother was busy with her job, the two sisters were taken care of by their grandmother. However, her death spiraled the family into despair and distress, thus leading the duo into the dark pit of problems.

Since their mother didn’t have time to prepare healthy and balanced meals, packaged foods were the way to go. Eventually, the sisters gained too much weight, consequently causing life-threatening obesity.

Not just their physical health, but their mental health too spiraled deep into the darkness. It’s been said that Tammy once tried committing suicide as well since she was unable to walk due to her weight and it was too much for her to take in.

When TLC’s reality weight-loss show 1000-lb Sisters premiered on January 1, 2020, Amy and Tammy Slaton’s careers took off. The show’s name comes from their combined weight of over 1000 pounds, as Amy weighed around 406 pounds and Tammy weighed 605 pounds when the show began.

The duo had all the health complications they could have when the show aired. Eventually, Tammy’s weight increased to the point where the gain could be seen on her forehead as well.

The Salton sisters had to follow a stringent diet regimen in order to lose weight and qualify for bariatric surgery in the first season. Amy had achieved her goal at the end of the season and had surgery; she now weighs around 276 pounds.

Tammy initially lost weight, dropping to around 350 pounds, but when the pandemic hit, she gained weight, gaining more than she had previously. She now weighs around 644 pounds.

The sisters’ weight loss journey was full of dramatic highs and lows. The main motive of the duo’s documentation of their lives was to motivate themselves to lose weight and help them live healthy lives. They wanted the show to drive themselves to drop enough weight to be considered for bariatric surgery.

Bariatric surgery, which includes gastric bypass and other weight loss treatments, involves making adjustments to the digestive system to help you lose weight. When diet and exercise haven’t worked or the individual is having major health problems as a result of their weight, they may need bariatric surgery.

As 1000-lb Sisters watchers know, getting to the weight requirement to be a candidate for the operation has been a horrific process for Amy and Tammy.

“In order to get approved for surgery, we need to lose a lot of weight,” Amy says to PEOPLE. “I think it’s going to be hard because we’ll both be grumpy if we don’t eat.” Amy on the other hand says, “I don’t want to live off frickin’ salads like ya’ll want me to.”

The progress however wasn’t the same for the two sisters. Amy worked hard throughout season 1 of 1000-lb Sisters to follow her doctor’s orders and lose enough weight to qualify for bariatric surgery. She also attended numerous weight check-ins to ensure that she was making progress.

While the reality star wasn’t always pleased with her outcomes, it was clear that she was improving. Amy eventually got the bariatric surgery after losing some of her 406 lbs. and qualifying for weight loss surgery and was able to lose weight as a result.

She then continued to lose weight, putting in more effort than she used to, demonstrating that a person her size could make a difference in her life.

Over the course of the series, losing weight was Amy’s number 1 goal but so was being able to bear a child with her husband Michael Halterman. Amy was well aware that she would be able to conceive a child only after undergoing the weight loss treatment.

Amy and Michael were determined to start a family once she was out of the surgery room. Amy’s doctor, however, urged her to wait a while before having a child before getting pregnant. Due to her pregnancy, she was advised that she might revert to harmful eating habits.

“I’m kind of nervous because I don’t think I am where I’m supposed to be in my weight loss goal. I avoid the scale because then I’m focused on the number going down. And if I see it going up, it’s going to make me depressed and wanna eat more. So it’s best not to look at it,” says Amy to PEOPLE on her current physical status.

For someone as motivating and determined as Amy, she’ll surely lose some pounds once she gets past her maternity. Her current weight is around 278 pounds.

The journey of their transformation hasn’t been the same for the two sisters! While Amy took this to heart and worked hard to meet the requirements for bariatric surgery so that she may live long enough to have children, Tammy, on the other hand, never showed the same level of concern for her well-being.

Tammy, as a result, has had to deal with a number of life-threatening illnesses throughout her tenure with the 1000-lb Sisters.

Tammy went from losing tiny amounts of weight to gaining weight in season two. Tammy said in late November 2021 that she had to return to the hospital owing to carbon dioxide poisoning.

Since Tammy contracted COVID-19 in 1000-lb Sisters season 2, her lungs have been extremely fragile, and viewers were worried that her body wouldn’t be able to withstand the symptoms of carbon dioxide poisoning and another bout of pneumonia. There and then the importance of having to lose weight might have hit Tammy.

Tammy has shed 115 pounds since filming Season 3 of 1000-lb Sisters. She lost weight quickly while in a rehabilitation facility for 30 days after being put into a medically induced coma. It happened when her lungs collapsed, leaving her unable to breathe and requiring an ambulance ride to the hospital.

Pictures of her on her Instagram show relatively thinner Tammy glowing in her weight-loss saga. The reality star might soon shed more weight and surprise the world.