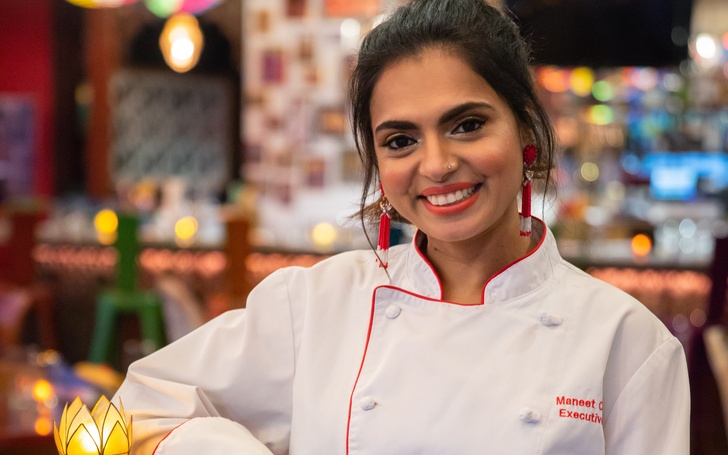 Maneet Chauhan served as the executive chef at a variety of well-known restaurants in Chicago and New York. She also operates her own restaurant in Nashville, Tennessee, named Chauhan Ale and Masala House. In August 2014, she launched the restaurant, which accommodates 150 guests.

Lately, fans appear to be curious about the transformation in her physique. So, without further ado, catch all the info on the weight loss of the renowned Indian chef Maneet Chauhan.

Maneet Chauhan’s Weight Loss – How Did She Lose 40 Pounds? 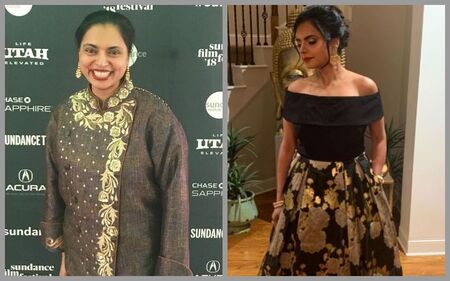 Maneet Chauhan before and after weight loss.
Source: Pinterest

Maneet Chauhan’s physique was marginally above what is deemed normal in the United States. She did not care much about her weight in the past, but one day she was concerned about the kind of image she was setting for her kids.

During an interview with Parade magazine back in 2019, Maneet opened up about the issue.

It was important for me to be healthy not only for the way I look or feel but also for the message that I was sending to my kids. I was telling them it’s OK to be overweight and not take care of yourself, and that’s not the message I want to send them.

But Maneet was a talented chef who wanted to try a range of dishes, which is part of her work. Therefore, she did not regulate the type of food she consumed.

“I couldn’t go on a restrictive diet like keto or paleo because I eat for a living,” she told Parade. “So I used the app MyFitnessPal [an online food diary]. I kept to 1,200 calories a day, which would pretty much start with me logging my two glasses of wine and two pieces of chocolate, so I knew what I had left.”

What is Maneet Chauhan’s Diet?

Maneet Chauhan complemented her regulated calorie-intake diet with vigorous physical workouts. She ensured she burned the desired calories by taking at least 10,000 steps per day. And she prefers not to assign the exercise to a specific workout routine.

“Now it’s seeped into each and every facet of my life,” she said. “If I’m at the airport and the lounge is over there, I’m like, ‘No, I haven’t done my steps.’ So I walk from one end of the airport to the other with my suitcase.”

Who is Maneet Chauhan?

Maneet Chauhan is an American-Indian chef and television celebrity, recognized for acting as a judge on reality television shows such as Chopped, The Next Iron Chef, Iron Chef America, and Worst Cooks in America.

She is one of the most popular chefs in the United States who cooked for President Obama and First Lady Michelle Obama, as well as famous Indian American leaders, and other notable personalities.