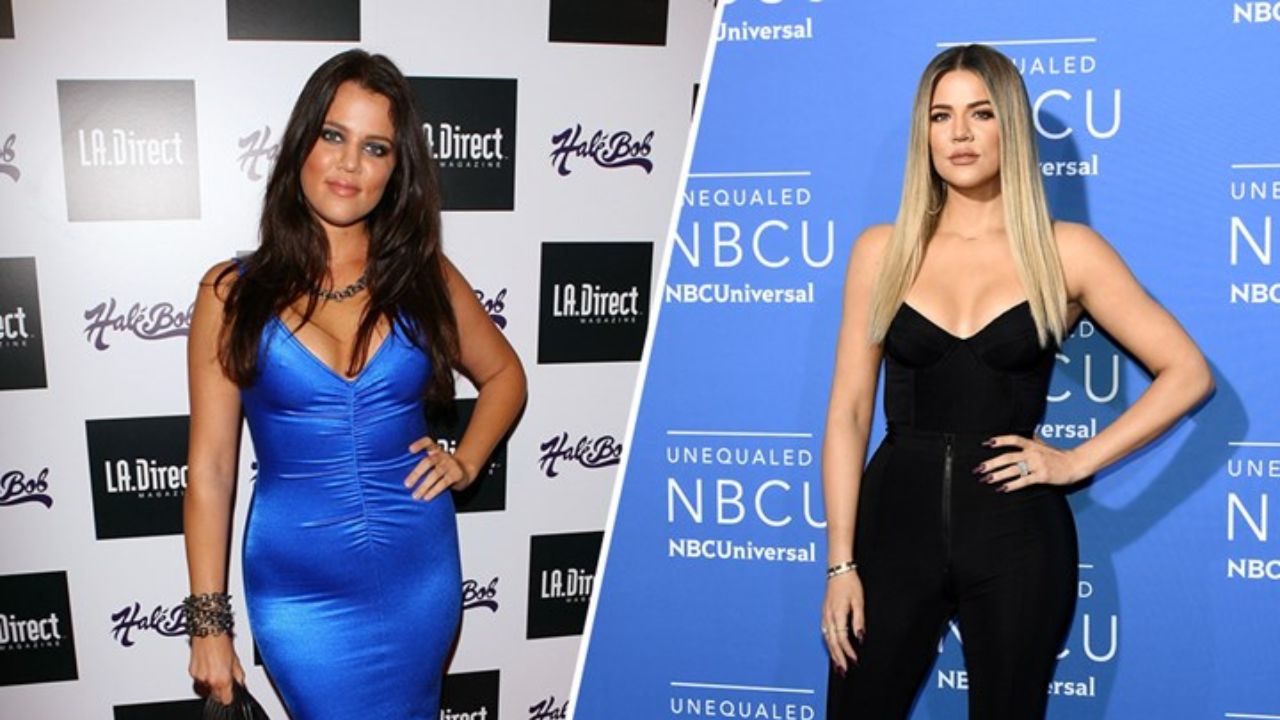 Khloe Kardashian, the ‘fat Kardashian sister’ started to work on losing weight only after her marriage with Lamar Odom collapsed. The reality star healed herself and took care of her mental health through the weight loss by hitting the gym. Her second weight loss journey started after she delivered her baby when she was 203 pounds. Khloe Kardashian lost 60 pounds and has maintained that till now.

Khloe Kardashian is an American media personality, reality star, and model who rose to fame as a member of the Kardashian family in 2007 when she starred with her family in the reality television series Keeping Up with the Kardashians.

She has also dipped her toes in the retail and fashion industries with her sisters and launched several clothing collections and fragrances. In 2016, she hosted her own talk show Kocktails with Khloe.

Previously, we touched on the weight loss efforts of CC Sabathia and David Venable.

Khloe Kardashian (@khloekardashian), a member of one of the most prominent and often controversial families of reality stars who influenced an entire generation and promoted unattainable standards of physique they obtained through various plastic surgeries which they never admit to, much to the outrage and dislike of the public, also had faced struggles with her body.

Ironically, it was what began her body image issues and set her on the path of altering her body to not look like a normal woman.

Ever since the Kardashian family came into fame in 2007, Khloe was made aware of her ‘shortcomings’ which was being fat and treated differently than the rest of the sisters, which caused her to have an unhealthy relationship with her body and hampered her self-esteem. She was cruelly dubbed ‘the fat sister’.

Before that, Khloe Kardashian’s weight had never been a matter of concern to her. She just had a healthy weight and wasn’t super petite like her sisters. So, she never thought of herself as fat until people started calling her the fat sister.

This triggered body image issues in the reality star which was exacerbated by her mother Kris Jenner‘s reaction to that. Kris Jenner the momager, who is known for working harder than the devil when it comes to building an empire for the sisters, had never had much of a maternal instinct that led her to shielding and protecting her daughter from the verbal onslaught on her body.

Instead, she was cold and all in her face like ‘I have worked so hard at creating this brand and you don’t care and you are not pulling your end of the weight’.

Khloe Kardashian, however, didn’t attempt to immediately transform her body in a bid to ‘uphold her end of the deal’ and rightfully called Kris an ‘evil raging lunatic’. She shoved that problem of being fat to the back of her mind and it didn’t register to her again until 2013 when her marriage with Lamar Odom crumbled amid his spiraling drug addiction and infidelities.

Only after her marriage collapsed and in the midst of the divorce did she take interest in staying fit and made efforts for that and embarked on the journey of weight loss. It’s like she channeled her grief into working out.

Khloe Kardashian said that she started going to the gym for a significant and consistent amount for her mental health. Her need for a release and to feel strong and to get rid of all of her thoughts pushed her to the gym where she could do all she wanted to do which was to be alone on an elliptical with headphones in her ears and just vibe out.

Her time and efforts in the gym really paid off and not after very long, she was two and a half stones lighter than before. An impressive weight loss, to say the least! She had also cut off junk food and had started eating healthy foods and drinking juices. Personal training sessions also helped a lot.

Khloe Kardashian revealed that in 2014, her mission was to wear a crop top with jeans which is something she had never done before. So now that she had worked very hard on her body, she could sex it up a little like that.

Her body transformation was so dramatic that it was not missed by anyone and it also got her her own show Revenge Body. She also admitted that it had become a struggle for her to look at the images of her ‘unhealthy’ old self.

Khloe’s weight was no more the punchline in the jokes about her and there was nothing to discuss her body except it was to gush about her transformation, until the time she got pregnant. She had begun dating Tristan Thompson in September 2016 and a year later, she was going to have a baby.

This time, it was Kris who told Khloe Kardashian that she was not eating enough, atypically, and it was Khloe who was determined to keep her weight down. She was not depriving herself of anything she wanted to eat and she was following the instructions of her doctor but she was intent on avoiding having C-section.

After she gave birth to her daughter True in April 2018, she didn’t wait to go back to the gym. She was 203 pounds. And by July 2018, she had already undergone a weight loss of 33 pounds. It was her goal to lose more than that.

She ended up losing 60 pounds and achieved the goal of being around 150 pounds. And though her weight fluctuates, Khloe Kardashian has maintained the loss of 60 pounds even now.