Helen Hunt Plastic Surgery – Did She Have a Facelift? 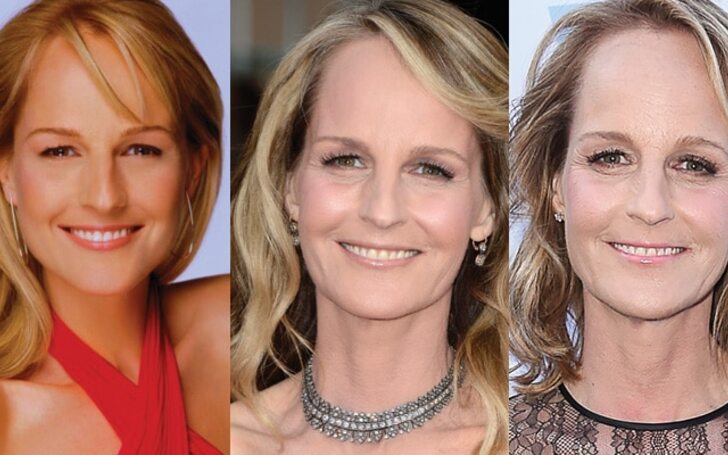 For most of us, aging is just a part and parcel of life that we’d much rather prevent. However, through the march of time, it’s something that’s inevitable for all of us. 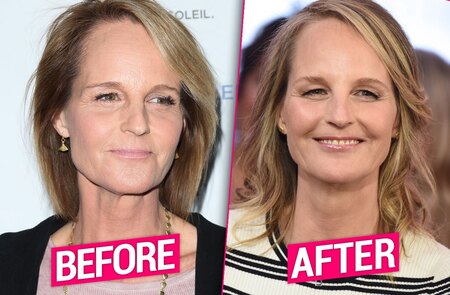 Helen Hunt before and after plastic surgery.
Source: Radar Online

Among Hollywood stars though, for as long as possible, they prefer to search at every excuse to hang on to their youthful appearances. Yet has Helen Hunt had a facelift or some other plastic surgery and what do the fans of World on Fire think of her?

World on Fire is a BBC One drama that concluded on 10th November 2019. The show depicts the story of a range of average people and their interactions during World War II.

Featuring a family in Manchester to secret agents behind enemy lines, a show like this has never been seen before.

In World on Fire, Helen Hunt plays the part of Nancy Campbell, an American radio reporter based in Warsaw and Berlin. Of course, as war breaks out, her colleagues in the German capital soon become wary of her, and Germany is no longer the safe place to be.

While Helen Hunt has not acknowledged any plastic surgery herself, there have been reports for some time that the actress has actually done some cosmetic procedures.

How Did the Fans React to Helen Hunt’s Plastic Surgery?

Fans of World on Fire definitely picked up on the distinct appearance of the actress and how wrinkle-free she looked, considering she is 56 years old.

I can’t concentrate on any scene in #worldonfire with Helen Hunt in as I’m mesmerised by her face.

While others were not best pleased.

I know a lot of people get upset whenever I mention anything about plastic surgery, however, I’m watching an Amazon prime movie with Helen hunt, and her face is so distorted it now, she looks like Rocky Dennis.

Watching this amazon movie called I see you… What happened to Helen Hunt face?

It remains pretty evident Helen Hunt underweight plastic surgery while fans are split on her appearance.

Helen Hunt’s Career in a Nutshell

Born on June 15, 1963, in Culver City, California, Helen Hunt earned her first screen credit with the 1973 TV movie Pioneer Woman. She later appeared in the acclaimed 1980s medical drama St. Elsewhere, before taking on the role of Jamie Buchman in the hit ’90s sitcom Mad About You, for which she won four Emmys.

Hunt went on to star in the box-office hits Twister, What Women Want and Cast Away, and won a Best Actress Academy Award for As Good as it Gets. She later earned another Oscar nomination for her performance in The Sessions and directed the feature films Then She Found Me and Ride.

Recommended: Nancy Pelosi Plastic Surgery – What Happened to Her Eyebrows?

After appearing as an adolescent in such TV series as Amy Prentiss (1974-75), Swiss Family Robinson (1975-76), The Fitzpatricks (1977-78) and It Takes Two (1982-83), Hunt found a recurring role on the medical melodrama St. Elsewhere in 1984. She also earned acclaim for her role in the 1983 TV movie Quarterback Princess, in which she played a high school girl bent on leading her school’s otherwise all-male football team to the state championship.

Hunt, who made her feature film debut in 1977 with the forgettable Rollercoaster, found supporting roles in such films as Girls Just Want to Have Fun (1985), starring Sarah Jessica Parker, Peggy Sue Got Married (1986), with Kathleen Turner and Nicolas Cage, The Waterdance (1992), featuring Eric Stoltz, and Mr. Saturday Night (1992), starring Billy Crystal.

Hunt first earned star status for her role as a smart urban career woman and wife Jamie Buchman on the much-loved TV sitcom Mad About You. Over the course of the show’s seven seasons (1992-99), Hunt won four consecutive Emmy Awards from 1996-99 and became one of America’s best-loved television couples with costar Paul Reiser.

Thanks to the successful revival of other popular sitcoms like Roseanne and Will & Grace, Mad About You also earned a second life, with Hunt and Reiser set to reprise their familiar roles in 2019.

Hunt’s hard work and small-screen stardom finally translated to big-screen success in the latter half of the 1990s. In 1996, she starred opposite Bill Paxton in the summer action blockbuster Twister, which became one of the top-grossing movies of the year.

A year later, she won acclaim from both critics and audiences — along with an Academy Award for Best Actress — for her star turn as a long-suffering single mother and waitress alongside Best Actor winner Jack Nicholson in As Good as it Gets, written and directed by James L. Brooks.