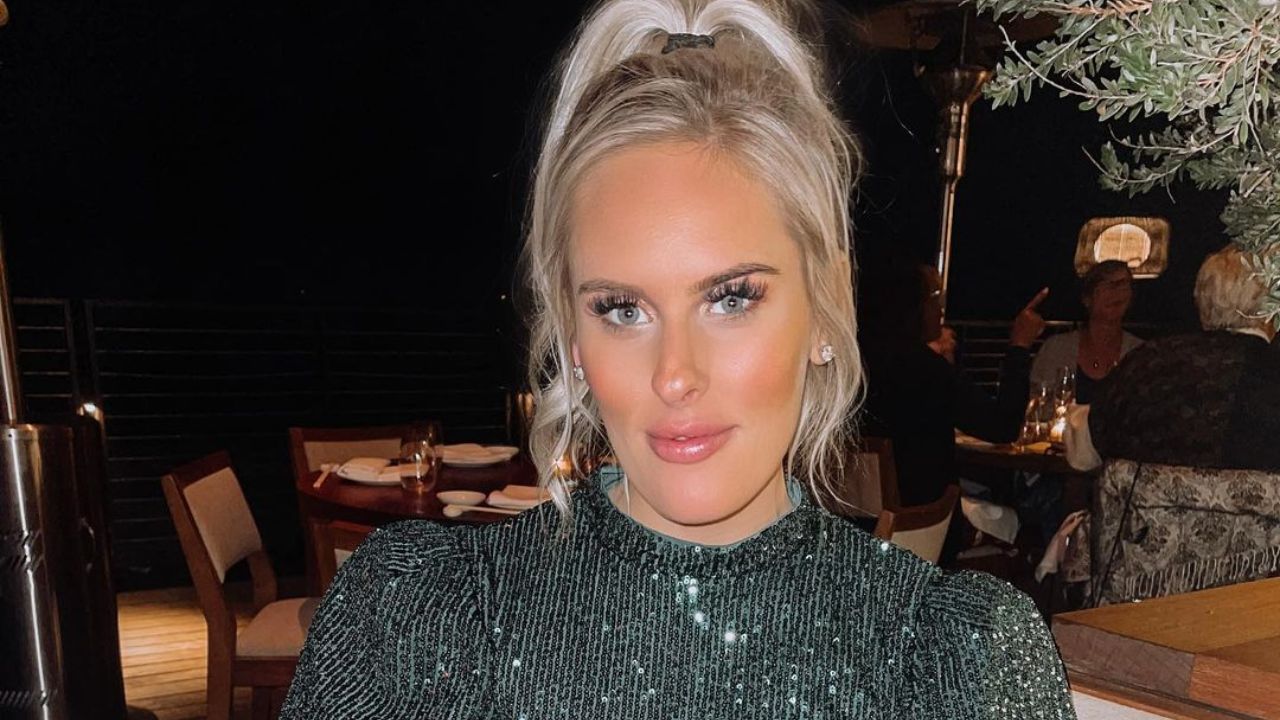 Alexis Maloney from The Ultimatum: Marry or Move On is speculated to have undergone plastic surgery, especially fillers and botox. Reddit users claim that the Netflix alum has ruined her face with plastic surgery and does not look attractive. They feel that she looks too old for someone in her twenties. Is Alexis Maloney trans? Some fans reckon Alexis from The Ultimatum might be transgender.

Now, if you are thinking along the lines of Love is Blind, then you might assume that the contestants of the show would date for a certain period of time and ultimately go on to either marry/continue dating and keep the relationship or move on and ditch the relationship. But if it were only so.

Maybe because the world was suffering because of the lack of reality dating shows, or maybe because the existing dating shows were suffering from the too mundane format and lack of novelty (So all they do on the dating show is date and that’s it! the same twist every time?), or maybe because the modern-day relationships were like too easy and uncomplicated (Where’s the challenge and how to test love and loyalty), someone used up all the creativity of their lifetime at a single thinking session and came up with The Ultimatum: Marry or Move On.

If you are used to hearing the participants of dating shows you have watched till now say, ‘I am here to find true love in this show which contains a limited number of participants because I couldn’t do that in the real world where the choices were virtually unlimited’, then prepare to hear from the contestants of The Ultimatum: Marry or Move On say, ‘I am in a committed relationship with my partner with whom I am going to come on the show and we are going to date other people with whom, if we get along with and like, are going to marry and terminate the relationship with the partner I came with on the show’.

Was anyone tired of stupid things being too simple and predictable? I hope this show has ended all your complaints. Well, it’s the stuff for the people with high IQ. The majority of the people, myself included, have given up on figuring out the logic of the show.

For simplicity, you could just think that the couples are taking a break from their relationship that could be extended forever or that could end in marriage depending on how things go with another person they are going to date on the show.

Anyway, don’t give the show too much thought, just give it a watch and see the drama unfold and the twists unravel. The show is available on Netflix for streaming. The first eight episodes were released on Netflix on April 6, and the finale is set to drop on April 13.

Previously, we touched on the plastic surgery efforts of Shannon Twins and Will Smith.

Has Alexis Maloney from The Ultimatum Done Plastic Surgery? Is She Transgender?

As much as people were baffled and taken aback to learn the premise of this brand new reality dating show, after The Ultimatum: Marry or Move On premiered, they have quickly gotten over it and are now engrossed in the series like there was nothing to be remotely shocked about it in the first place.

They are checking out the contestants and their long-term relationships on the brink of marriage, and the approach they take when dating new people.

And shockingly, of all the things in the show that is supposed to be about testing the couple’s bond and their love, the viewers of the show are now focused on the shallowness of wondering whether one of the contestants Alexis Maloney (@alexiselainemaloney) has had plastic surgery or not.

Alexis Maloney is a 27-year-old travel enthusiast who issued an ultimatum to her long-time partner Hunter Parr either to marry her or to end the relationship for good. She is a shop creator and she ‘mixes and matches staple, investment pieces with affordable everyday styles.’

She has been working at Oracle since 2017. She has held several positions at the company since then, including National Account Manager, Strategic Account Executive, and Global Account Director.

In the reality show, Alexis went on to date Colby Kiss who, on the first date, told her that he was not attracted to her. He said that it was her physical appearance that was preventing him from falling in love.

Alexis, who had admitted to Colby that she was super attracted to him specifically, was unnerved by what Colby had said. She later defended her looks and asserted that she is ‘not unattractive’ and called Colby’s excuse for not wanting to date her ‘lies, lip service, and bullshit.’

But whatever she says, not only Colby but the viewers of the show also has things to say about Alexis’ appearance. The audiences have started a guessing game Alexis Maloney: Natural or Not. Another variation of this game is Alexis Maloney: Transgender or Not. Her looks have created discussions about it.

On several forums to discuss the reality show, people, more than wondering if Alexis has undergone plastic surgery, are certain that she has gone under the knife and are listing out the things they believe she has done. Most of them are not at odds with Colby and think that she’s unattractive.

Apparently, her nose and face look very odd. People think that she has ruined her face totally with excess fillers and Botox, and at such a young age. Some of them were surprised to hear that she was just in her twenties when by the looks, they were under the impression that she must be at least in her mid-thirties.

Others argue that it is not because she looks old that she looks that way, but because she has harsh features that she tried to soften with plastic surgery. She has been said to look mighty, just like handsome Squidward. Some are even questioning if she might be trans.

Some people who are defending her believe that the only reason she is being called unattractive is that she has a strong square jaw, which is associated with masculinity.

However, the majority of the viewers seem to agree that she is not conventionally attractive and she has had too many fillers and too much botox that has made her look weird and creepy.

But these are just what people have to say. Alexis herself hasn’t gone on the record talking about the cosmetic procedures that she has done. So, until she herself says she has done plastic surgery, people can only guess and speculate.