Sasha Banks’ Plastic Surgery: Is the WWE Star’s Eye Surgery & Breast Implants Another Speculations Made by Fans? How’s Her New Look? Before and After Pictures Examined! 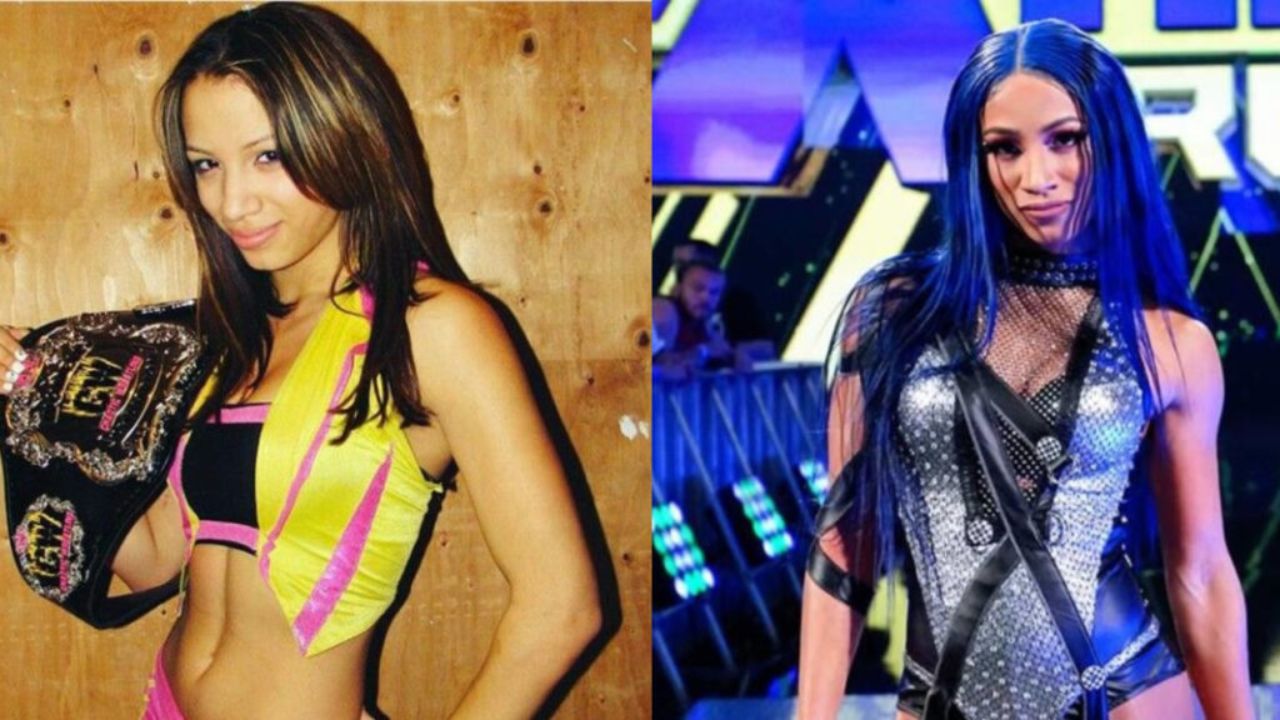 Sasha Banks has only confirmed to have undergone Photorefractive Keratectomy (PRK) eye surgery at Newsom Eye; the rest of the claims about her plastic surgery history, including breast implants, have been made by fans who have compared her before and after images. Additionally, the 30-year-old wrestler recently made an appearance in WWE with her new look and her new hair.

Mercedes Justine Kaestner-Varnado mostly known by her ring name Sasha Banks (born on January 26, 1992) is an American professional wrestler and actress who is currently signed to WWE and competes for the SmackDown brand. Prior to this, Banks competed in independent wrestling, most notably for Chaotic Wrestling, where she won the women’s championship.

After Sasha made an appearance in WWE with her new look following her eye surgery, now, fans want to know if the star has also undergone other plastic surgery procedures. So, let’s find out by reading this article!

Previously, we touched on the plastic surgery efforts of Hillary Clinton and Bella Thorne.

WWE star, Sasha Banks (@sashabankswwe) has recently undergone Photorefractive Keratectomy (PRK) eye surgery at Newsom Eye, leading people to believe that she has also undergone other plastic surgery procedures. Fans are comparing the before and after photos of the 30-years-old wrestler and accusing her of having multiple procedures, including breast implants. Well, the wrestler recently showed up on WWE with her new look and her new hair; she changed her blue hair to brown hair.

Sasha Banks is suspected of undergoing multiple plastic surgery procedures including breast implants, eye Surgery, and lip Augmentation, however, the 30-years-old wrestler has neither admitted nor denied the rumors about undergoing the surgery.

WWE frequently sends their best female stars, like Charlotte Flair (@charlottewwe), for plastic surgery procedures, and they are ready to foot the bill as well. In terms of how women are portrayed on their shows, WWE may have come a long way. Earlier, it was more about models becoming wrestlers and becoming mixed up in some dubious plots.

WWE currently has some of the best talents from around the world thanks to the Women’s Revolution, which was wonderful for top female talent. WWE enjoys sending some of these celebs for breast augmentation surgery even though many celebrities have had some adjustments made to their looks.

People in the spotlight frequently have various treatments to alter their looks and seem fantastic since they want to appear young and beautiful in front of the cameras. It is therefore not strange that they would choose to have plastic surgery. Sasha Banks is not an exception; it is believed that she underwent numerous plastic surgery treatments to alter the way she looks.

Fans began speculating that the 30-year-old wrestler had the procedure as it is not unusual for WWE to send its top female stars for plastic surgery treatments, including breast enhancement surgery, but there is no hard evidence to support this claim. Therefore, it is merely fans’ speculation.

Despite the fact that there hasn’t been any new information regarding Sasha Banks, Naomi, or WWE since their recent altercation, we did learn that Banks underwent photorefractive keratectomy (PRK) at Newsom Eye, who shared some pictures and videos of Banks’ visit. The WWE Universe is still hopeful that things will eventually get better between the three parties.

Recently, after Sasha Banks made an appearance in the WWE, it is evident that Banks has lately changed her appearance as well. She has abandoned the blue hair that characterized her most recent WWE appearance in favor of brown hair, which hasn’t really been seen much since her NXT and early Raw days.

Before Banks had her eye surgery, NewSomeEye released a video on Instagram with a mention of her in the caption. In the video, Sasha talks about getting a new eye and jokes that she can’t see with her eyes. The Newsom Eye team even posted Sasha’s before, during, and after surgery images with their entire staff, captioning,

We are thrilled that another #WWE superstar graced us with their presence and is now seeing clear with her #NewsomEyes Mercedes Varnado was excited to have #PRK surgery with Dr. Newsom, and could not be happier with the results! Watch her pre-surgery video and then swipe left to check out her entire journey. We loved having you @sashabankswwe

The wrestler, 30, is also thought to have had lip augmentation. You may be aware of Sasha Bank’s altercation with Nikki Cross (@wwenikkiash) following Nikki’s vicious elbow to the mouth on Raw. Sasha allegedly got surgery on her lip at the time because it was swollen. However, there is no actual evidence to support this theory; it is merely conjecture generated by fans in this instance as well.

So, in conclusion, the WWE star, Sasha Banks has evidently undergone Photorefractive Keratectomy (PRK) eye surgery at Newsom Eye, however, the 30-years-old Westler undergoing other plastic surgery procedures other than eye surgery is mere speculation made by fans and she has neither admitted nor denied the rumors.