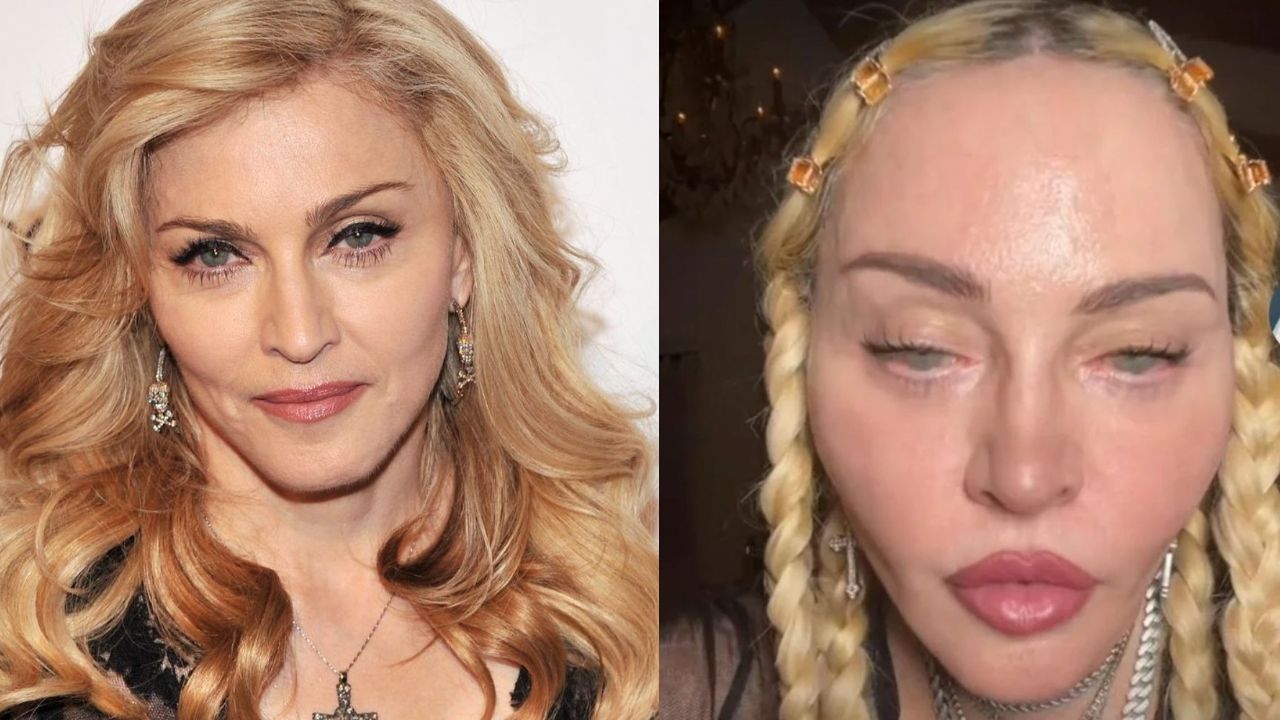 Madonna’s plastic surgery in 2022 is the latest topic of discussion on Reddit. Madonna, who is still looking young and vibrant in her 60s, never fails to dazzle the crowd with her mind-blowing songs and stunning appearance. The all-time hit singer is rumored to have had collagen implants, botox, and facial peels despite never admitting to having done so. This time, though, there’s an entire thread on Reddit bringing on claims about Madonna’s plastic surgery.

A diva of her time, still thriving in the industry, basking in the glory of her incredible art, Madonna is a name very less might not recognize. Bringing on hits that are still being played and grooved to date, the singer’s enchantment can still be seen to date.

This time however Madonna is making a headline not for her music but on the Reddit for her plastic surgery. Here’s a deeper peep at what’s going on in the world of Reddit on Madonna’s plastic surgery.

Previously, we touched on the plastic surgery efforts of Katrina Lenk and Wayne Newton.

Madonna’s Plastic Surgery 2022: Reddit Is Deep Into the Investigation on How Madonna Still Glows in Her 60s!

Doing an incredible job of pushing the boundaries of artistic expression in mainstream music whilst maintaining complete control over her career, the queen of pop’s constant reinvention and range in music production, songwriting, and visual presentation has undoubtedly left an indelible mark. While her music career has always kept her at her peak, talks of her plastic surgery seem to surge every now and then.

Around 6 months ago, the fuss about Madonna’s plastic surgery began on Reddit. Numerous threads on what the pop diva could have done to her face began to trend on the platform. Titled “Madonna is proof that with all the best cosmetic surgeons money can get, a 60 years told will still look 60”, people on Reddit initiated their discussion on the possible procedures the star could have performed to stay as evergreen as on the day of her youth.

It all began when Madonna kept a TikTok video of herself but deleted it due to the backlash it received. In a snippet of the video, the diva actually looked different. While many thought it could be the filter, the rest believed that she went under the blades. Her features did look very much different from how they used to which sparked the controversy, but this time it’s the people on Reddit who are diving deep into the investigation of what procedures did Madonna get done.

As the thread goes, Redditers claim, “She’d look great if she had just let herself age naturally or with minimal work,” implying Madonna’s current procedures are a bit too much. Looking at her latest pictures now, it’s evident that the pop icon did some work on her face.

According to a plastic surgeon from New York who pointed out quite a number of issues on the Material Girl singer’s face in an interview with Ok!, Madonna allegedly got a bunch of Botox so her forehead since doesn’t move at all.

The surgeon also claimed her upper eyelids are also significantly dropped, naming it ptosis. He also noted that Madonna’s cheeks are way too filled with filler and she might have had too much buccal fat pad reduction to narrow her face.

With all these strong proofs, the claims of Madonna’s plastic surgery are still at the peak of the latest gossip. While many believe that it’s only a filter making the star look so, the rest are sure she indeed performed cosmetic procedures to retain that youthful beauty.

Did Madonna Really Get Her Hand “Deveined” Through Plastic Surgery?

Madonna’s hands couldn’t hide her true age despite her hyper stretched immaculate skin. The singer’s hand plastic surgery rumors began when she was shown with highly stretched silky hands in 2016, followed by wrinkly and veiny hands a few weeks later. The popstar was frequently chastised for her wrinkled and veiny hands, despite her youthful appearance.

Speculations about what happened to her hand began after her hands underwent a drastic change. Her hands have sparked debate among plastic surgeons. According to Dr. Anthony Youn, “Madonna’s hands appear to be more softer and younger! It’s probable that she received filler injections in her hands.” “This is a pretty typical procedure that produces dramatic outcomes,” he adds.

“It appears like Madonna performed dermal fillers, such as Sculptra, Voluma, Juvederm, or Radiesse,” Dr. Zara Harutyunyan of Cosmetic Rejuvenation agrees with Dr. Youn. “Madonna may have also done a heat laser therapy before to the filler to assist tighten any loose skin,” she continues.

While some doctors believe it’s merely fillers, others believe something else. Dr. Michael Salzhauer, often known as ‘Dr. Miami’ told Radar that he believes she went to even greater lengths to achieve these results. “Madonna may have had the veins excised surgically to deveine her hands,” he added, adding, “Good for her!”

All of these wild theories aside, what did Madonna do to make her hands glow, plumper, and younger? Hand filler injections, which comprise a blend of 53 vitamins, amino acids, and antioxidants, are revealed to be the singing diva’s secret.

Since 2016, she has started receiving injections. Her hands are now the same color as her God complexion face, not just for her incredible singing, but also for her stunning appearance. The singer responds to those who criticize her by saying she is unconcerned about the criticism she has received.

Madonna is always known not only for her incredible music but also for her stunning appearance. Words about the diva acquiring a bum lift circulated as well.

It was widely speculated she received bum implants after a New Year’s Eve performance at New York’s Stonewall Inn in 2019. It’s a technique that improves the contour, size, and/or form of your buttocks, as well as the structure and tone of the underlying tissue that supports your skin and fat.