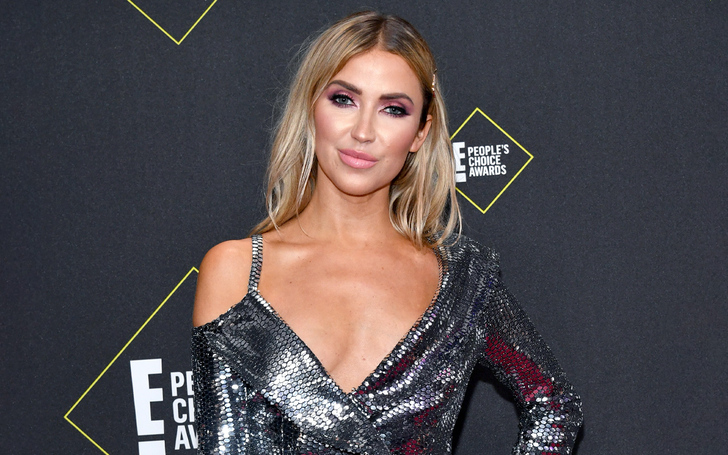 Kaitlyn Bristowe discovered love in season 11 of the reality TV dating game The Bachelorette, but it does not appear to have been enough! In the photo posted to the most popular picture-sharing platform, the former single woman appalled fans with a constantly changing face.

What’s the real truth about Kaitlyn Bristowe‘s plastic surgery speculations? Did she really go under the knife? Let’s find out. 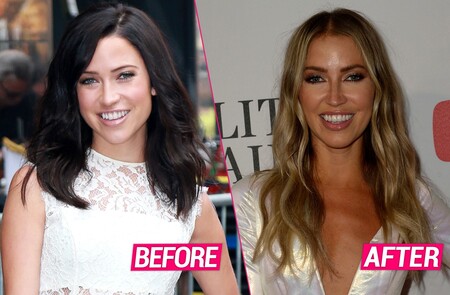 Ex-Bachelorette Kaitlyn Bristowe experienced several adjustments after she starred on The Bachelorette in 2015, including changing her outward look. The reality personality, who remains stunning as ever, is often suspected by followers of plastic surgery.

“Love the lip injections,” one critic commented mockingly on her Instagram in 2017, while another follower on Twitter asked how much plastic surgery she underwent since she looks much older while the blond hair was making her look mature, too.

Kaitlyn reacted to Snapchat’s plastic surgery accusations — and admitted she was devastated by the relentless cyberbullying she got.

“I’m crying,” she wrote at the time. “Not because people tell me I’m not beautiful anymore, say I get too much Botox, and ask WTF happened to my face. I’m crying because the world we live in makes me not want to bring beautiful innocent children into it. And that kills me.”

The dermatologist Gary Goldenberg, who did not examine Kaitlyn, reckoned her transition could be attributed to non-surgical cosmetic treatments.

As per the doctor, the reality star shows “signs of cheek fillers, skin brightening, lip plumpers, Botox, and even a non-surgical neck and chin lift.”

Meanwhile, Kaitlyn prefers to use the platform to speak about social topics, particularly body image concerns. The same year, she talked candidly about the “pressure” of living in the spotlight.

“I don’t know if you noticed, but it feels like if you go on The Bachelor, your body has to be perfect and you have to post about it, like, a lot,” Bristowe wrote in the now-deleted Instagram upload before sharing her disappointment that she had not taken a swimsuit picture from her holiday.

“Yes. I’m tiny, but I have cellulite and insecurities. I’m actually insecure about how scrawny my arms are. I work hard to be healthy, and love my body, but also drink wine and eat McDonald’s.”

“I should have taken a sexy bikini photo. And I should have done it without filtering or editing it, with a bad angle, for a good #Realstagramphoto. Because real is sexy too,” Kaitlyn continued. “I’m run down, tired, greasy, full of McDonald’s, but I had one of the best three weeks of my life.”

Former Bachelorette star Kaitlyn Bristowe decided to join Dancing with the Stars next season, a casting choice that came years after Bristowe insinuated that the franchise had actively tried to sabotage her prospects of competing.

The reveal was made during the 15th June episode of The Bachelor: The Greatest Seasons — Ever! , with Chris Harrison announcing the news to Bristowe and her Bachelor Nation partner, Jason Tartick, on-air.

Back in 2019, Bristowe said in a podcast interview that Bachelor founder Mike Fleiss made sure she was permanently banned from having a shot.

“They won’t let me, ever,” she explained. “I’ll tell you exactly why I can’t go on Dancing With the Stars. Anybody that listens to this podcast knows why I cannot go on Dancing With the Stars. And it’s because, and I will say this with a mic in my hand and a smile on the face, that Mike Fleiss is a piece of s**t. He is the creator of The Bachelor, and he hates women.”

Kaitlyn also discussed Fleiss’s behavior on Twitter in 2017, saying that she had been given a DWTS position shortly following her Bachelorette stint.

Actually I was offered it, had the contract & Mike Fliess told me I wasn't allowed.He said he didnt want people wanting fame after his show? https://t.co/nSzricohi4

At the time, Fleiss attempted to defend himself, posting on Twitter that Bristowe’s got his full support if she wished to appear on DWTS! Aside from Hannah Brown and now Kaitlyn Bristowe, there was just one other Bachelorette lead on the series, with Trista Sutter taking part in the debut season in 2005.