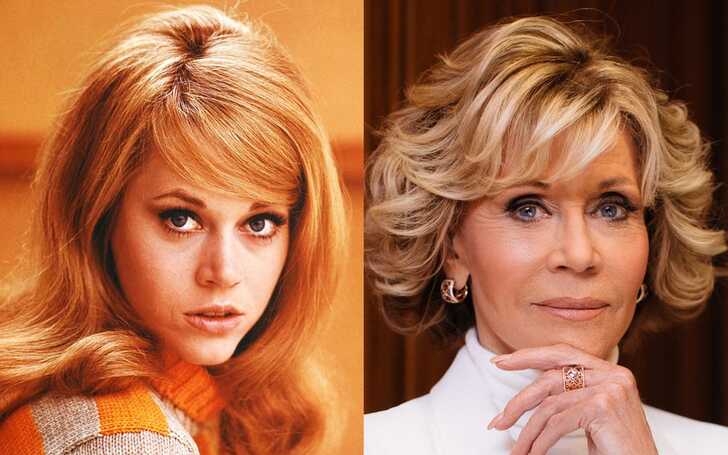 One of the reasons we admire Jane Fonda so much is that while many movie stars congratulate themselves on hiding behind a beautifully constructed mask, she’s also chosen for authenticity.

This revealing fact relates to the fondness of the 82-year-old for plastic surgery procedures that she claimed to have undergone in an interview after her much spoken about presence at the 2020 Oscars.

I have such a crush on the crazy plastic surgery version of Jane Fonda in this episode of Grace and Frankie lol my perfect woman pic.twitter.com/ZGpurRDuCy

Jane Fonda had breast implants at the outset of her career (opting to get rid of it several years later), followed by a complete facelift in her 40’s and another one after she hit 70.

The former model acknowledged fixing her chin and undergoing eye operation, saying she provided her doctor specific orders for how she wished to appear. “I made sure that they kept my lines,” Jane reportedly said at the 2013 Cannes Film Festival.

“I didn’t want to lose my wrinkles. I just wanted to lose the bags under my eyes,” she stated. “I don’t like it when it’s overdone, but we do live in a time when, if you can afford a good doctor, you can have subtle plastic surgery.”

Since then the Grace and Frankie star has sworn off every plastic surgery procedure. “I can’t pretend that I’m not vain, but there isn’t going to be any more plastic surgery — I’m not going to cut myself up anymore,” Jane told Elle Canada in February, revealing that the decision was a difficult one to make. “I have to work every day to be self-accepting. It doesn’t come easy to me.”

The Actress Regrets Not Being “Braver” During Her Aging Process

Jane Fonda at 80 on her plastic surgery regrets and who she thinks are gorgeous older women @Janefonda pic.twitter.com/bZUwuYzyiy

From an early age, the mother of four recalled being assured that looks were everything. “I was raised in the ’50s. I was taught by my father [actor Henry Fonda] that how I looked was all that mattered, frankly,” Jane shared in a 2011 interview with Harper’s Bazaar.

“He was a good man, and I was mad for him, but he sent messages to me that fathers should not send: ‘Unless you look perfect, you’re not going to be loved.'”

Jane Fonda endured an eating condition over the next four decades. “I wasn’t very happy from, I would say, puberty to 50?” she confessed. “It took me a long time [to love myself].” Sadly, her renewed confidence has given rise to some regret.

“On one level, I hate the fact that I’ve had the need to alter myself physically to feel that I’m ok,” the Oscar winner said in the 2018 HBO documentary Jane Fonda in Five Acts. “I wish I wasn’t like that.… I wish I was braver. But I am what I am.”

Jane confirmed during an interview with Harper’s Bazaar, “I’m vain. My arms are thin, but I’m vain about loose flesh. And so I’m careful that what I wear will show off my best parts, which are my waist and my butt.” Well, her beautician certainly does a totally awesome job.