Emily Ratajkowski’s Weight Loss: How Did She Lose Weight? What Is Her Workout Routine? 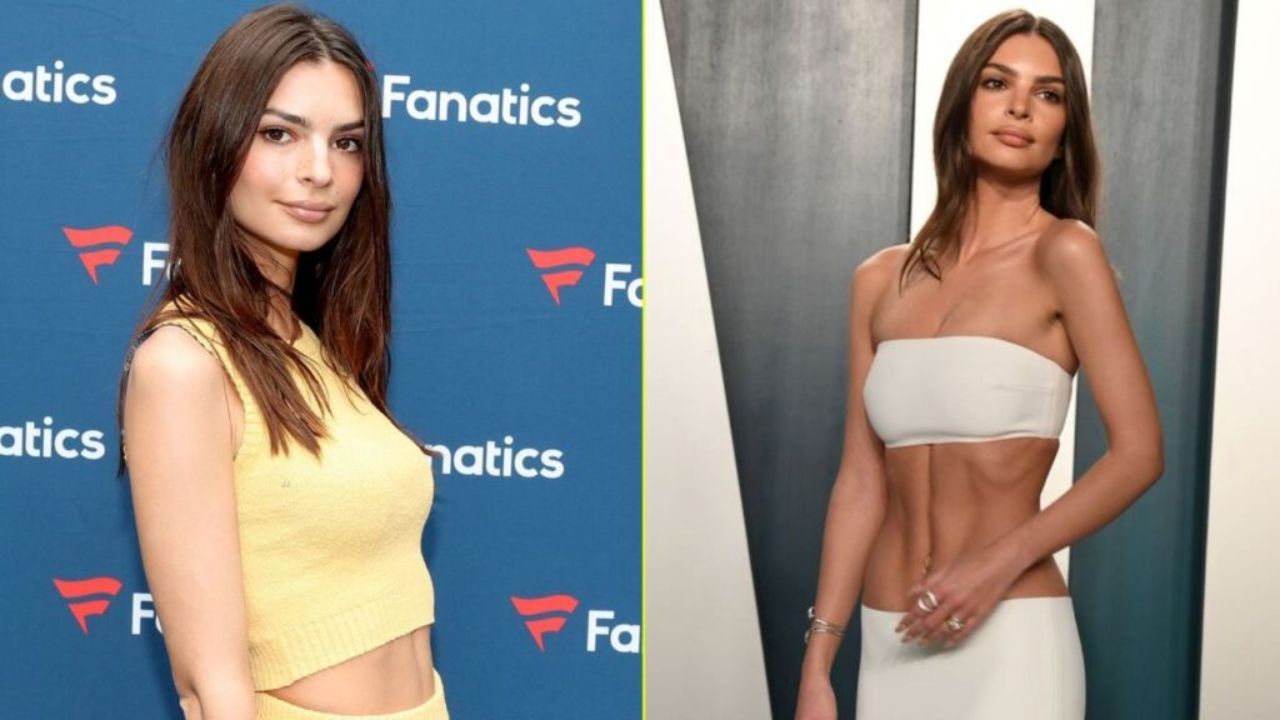 Emily Ratajkowski disclosed that she had undergone a very horrifying weight loss that had reduced her to 100 pounds. Even though she didn’t go into depth about what caused the weight loss, she confessed to having an unhealthy relationship with her body. As viewers wonder about her workout routine, Emily Ratajkowski said that she prefers taking leisurely yoga classes or going on enjoyable hikes over working out in the gym. However, she has now managed to put on some weight.

Emily Ratajkowski is an actress, model, podcaster, and author from the United States. Emily, who was raised in Encinitas, California, and was born in London to American parents, started performing when she was a little child before landing a role on the Nickelodeon sitcom iCarly (2009–2010).

She made an appearance in a 2016 Super Bowl commercial for Buick, and she now serves as the face of companies like DKNY, The Frye Company, Kerastase, Paco Rabanne, and DL 1961. As a representative for Planned Parenthood, the actress is a supporter of women’s health problems. She calls herself a feminist, and her opinions on sexual expression have drawn both praise and ire. Metropolitan Books released her essay collection My Body in November 2021.

She was featured in the Sports Illustrated swimsuit issues of 2014 and 2015, and she made her runway debut for Marc Jacobs in 2015 during New York Fashion Week. Since then, the model has been on the runways of Miu Miu during Paris Fashion Week and Bottega Veneta, Dolce & Gabbana, and Versace during Milan Fashion Week.

Emily Ratajkowski discussed her health and most recent weight loss on the most recent episode of her podcast, High Low. She talked openly about her remarkable weight loss journey. More viewers are interested in her transformation and her diet and exercise routine. Let’s go into greater detail.

Previously, we touched on the weight loss efforts of Hulk Hogan and Kirstie Alley.

Emily Ratajkowski Underwent a Horrible Weight Loss That Reduced Her to 100 Pounds; Discover Her Workout Routine!

The 31-year-old mentioned her tough year, which included splitting from her husband of four years, Sebastian Bear-McClard, with whom she shares a 21-month-old child, even though she didn’t go into depth about what caused the weight loss. she responded,

I think trauma resides in the body. I go in the opposite direction; when I’m extremely ill, I lose so much weight.

A sleek figure like hers would seem to necessitate numerous hours in the gym and a strict diet. Every time we see one of her many bikini-clad snaps on our social feeds, we’re left wondering how she maintains such a flat stomach and toned buttocks, in addition to how she obtained that incredible ab crack. This couldn’t be further from the truth in the case of the model. People who want to maintain a body like hers are curious about her workout routine. She prefers taking leisurely yoga classes or going on enjoyable hikes over working out in the gym. Emily Ratajkowski told Elle US

I don’t go to the gym a lot, She enjoys hiking, which keeps her in shape. I like being outside and doing yoga, so I do a lot of hiking around Los Angeles, and I have a yoga studio fairly near my house that I go to like once a week.

If you move your body and eat well, you might lose weight and be in excellent physical and mental shape. Therefore, try not to overburden oneself. Make eating for weight loss a regular habit. You are reminded that going to the gym regularly is not required. To pass the time, you can swim, dance, hike, play a sport, or do something else.

Emily Ratajkowski added that she does not have a personal trainer and that she is not an extreme fitness fanatic. Women of all ages are in awe of her toned body, even after having a kid, and describe her as certainly an anomaly in the profession. The model is perfectly proportioned.

However, as of now, Emily Ratajkowski is doing well and growing more accustomed to her life as a single mom since her divorce. And now that she has managed to put on some weight, it’s a huge game changer.