Trevor Noah’s Plastic Surgery: Details of His Lawsuit Against the Doc! 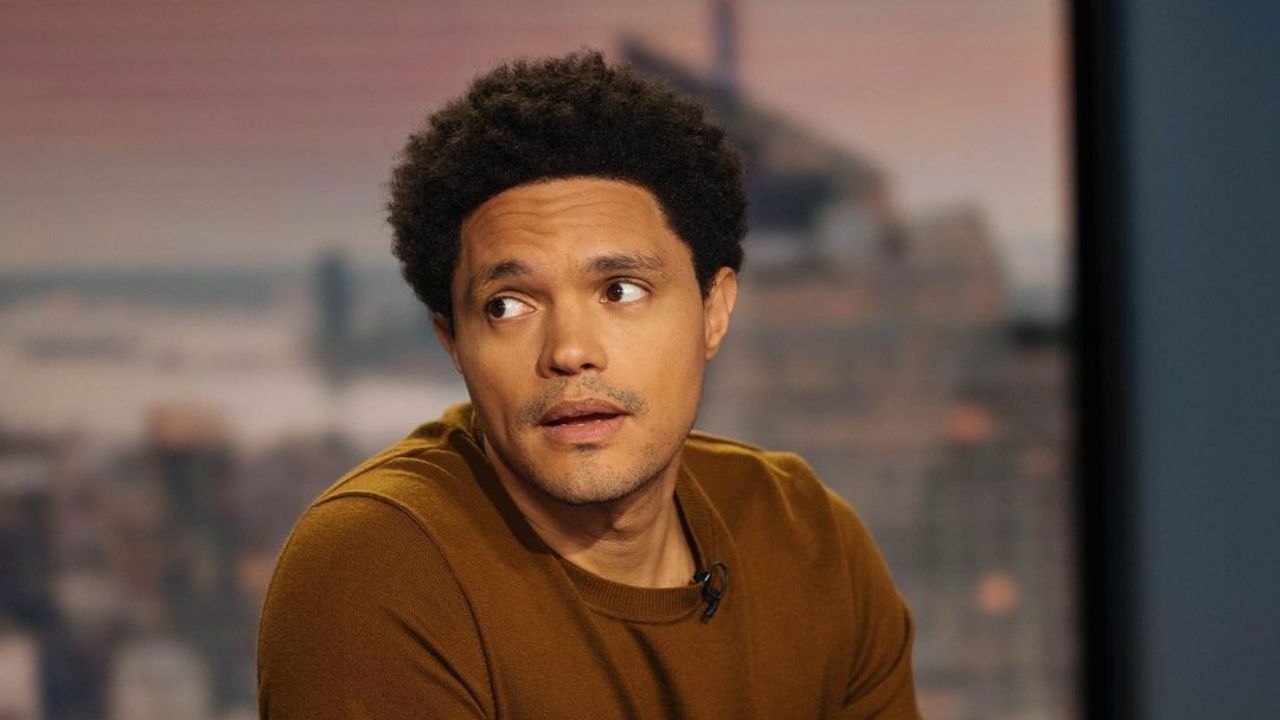 Trevor Noah’s plastic surgery, a botched one at that, is making headlines, after the comedian filed a lawsuit against his doctor, Dr. Riley J. Williams. Grab details of Trevor Noah’s hospital surgery, notably orthopedic, knee, and back treatments.

A recurring face on the television, Trevor Noah is someone you just effortlessly know. A South African comedian, television host, and political commentator, Trevor Noah is one of the renowned and talented television personalities. Trevor’s botched plastic surgery is the hot topic of talk right now.

Noah might have had cosmetic surgeries before too but this time it grabbed the attention of many. The botched plastic surgery of Trevor Noah is the headline of the internet now. Here’s a brief look at what really happened! 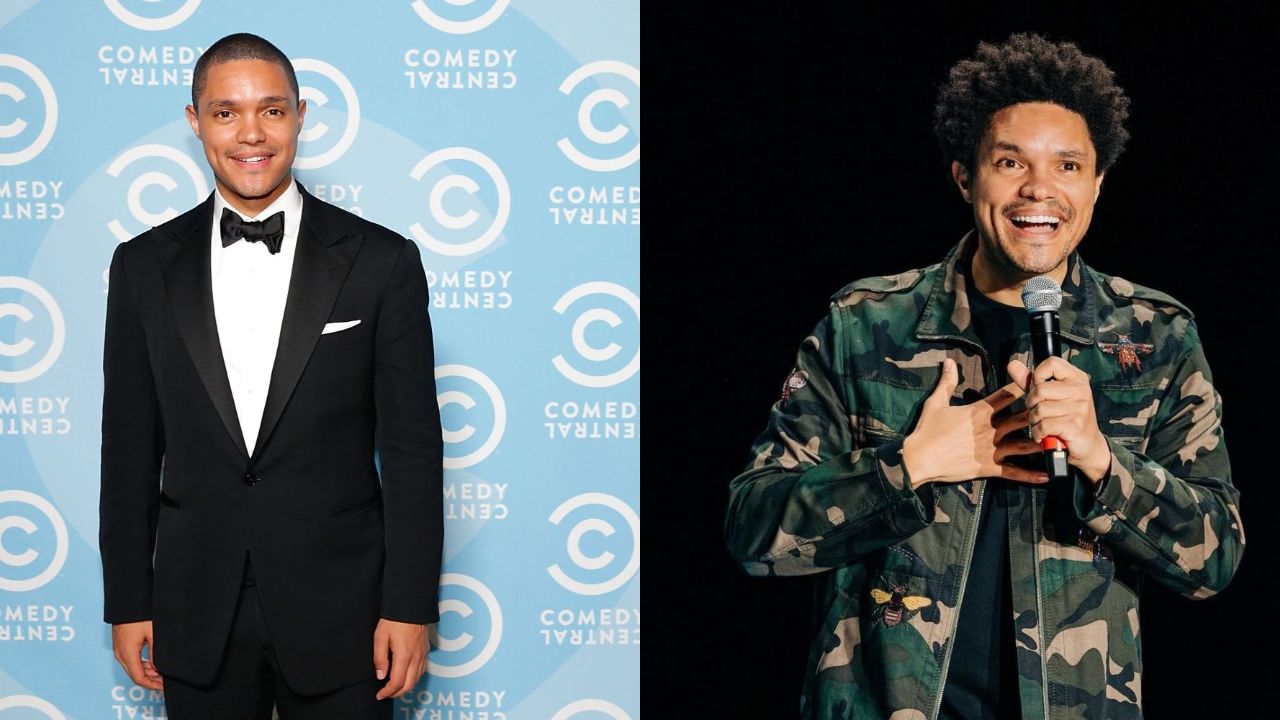 The hot and sizzling topic of Trevor Noah‘s plastic surgery is the talk of the entire internet now. While he is speculated to have gotten multiple plastic surgery treatments before too, this time’s botched story is grabbing the attention of his audience.

Looking back at Trevor Noah then and now, there are very few facial changes in the actor except for aging. Though no evidence of Trevor’s cosmetic surgery, the comedian once posted a selfie of himself with the caption, “Just got a nose job. What do you think?”

You Might Like: Lisa Whelchel’s Plastic Surgery: The Facts of Life Actress is Accused of Cosmetic Alterations!

The vague and confusing post made many folks wonder if it is real or just an elaborate prank.

However, the latest brewed news of his botched plastic surgery is making many invested in his plastic surgery story. The comedian is suing a New York City hospital and orthopedic surgeon for being ‘negligent’ during a surgery he underwent last year as covered by many leading news agencies like CNN, and Daily Mail.

In the lawsuit, filed in the New York Supreme Court, Noah claims both the Hospital for Special Surgery as well as Dr. Riley J. Williams were ‘careless in failing to treat and care for [him] in a careful and skillful manner.’

The lawsuit further claims that the hospital and surgeon failed to ‘prescribe proper medications,’ and failed to ‘discontinue certain prescription medications.’ As a result, it claims, Noah suffered ‘severe personal injury,’ resulting in a ‘loss of enjoyment for life.’

Though the surgery has been claimed to be a serious one, the specificity of the procedure wasn’t given. The Daily Show host claims he was a patient of Dr. Williams between Aug. 25 and Dec. 17, 2020, and underwent the surgery on Nov. 23 that year, according to the reports from Page Six.

Many believe that the alleged plastic surgery was cosmetic since the medical institution is Hospital for special surgeries. None of the documents state what Noah’s procedure was for, but a hospital profile for Dr. Williams cites that he is a “specializes in knee, shoulder, and elbow” surgery. The chances of the procedure being a plastic surgery is slim but not zero.

A Full Timeline of Trevor Noah’s Career: From Soap Operas to The Daily Show!

Born on 20 February 1984 in Johannesburg, Gauteng, South Africa to Robert, of Swiss-German ancestry, and his mother, Patricia Nombuyiselo Noah, of  Xhosa, Noah identifies himself as colored. He went to Maryvale College, a private Roman Catholic primary and high school in Johannesburg.

Noah’s mother was classed as Black under apartheid legislation, while his father was classified as White. Noah was labeled as a Coloured person. Noah’s parents’ interracial relationship was illegal at the time of his birth, as Noah points out in his autobiography.

When the Immorality Act was revised in 1985, a year after his birth, interracial sexual interactions and marriages were decriminalized. Thus his childhood wasn’t all that easy.

Trevor Noah’s career began in 2002 when he was offered a small role on an episode of the South African soap opera Isidingo. Later, on YFM, Gauteng’s premier youth radio station, he presented his own radio show, Noah’s Ark.

Eventually, the star gave up his radio show and acting career to focus on comedy and has shared the stage with South African comedians David Kau, Kagiso Lediga, Riaad Moosa, as well as international comedians Paul Rodriguez, Carl Barron, and many more.

Thanks to his talent, he started as the opening act for American comedian Gabriel Iglesias in November 2007 and Canadian comedian Russell Peters, consequently boosting his career as a comedian.

As per Trevor Noah’s hosting career, he presented the educational TV show Run the Adventure on SABC 2 from 2004 to 2006. In 2007, he hosted The Real Goboza, a gossip show on SABC 1, as well as Siyadlala, a sports show on the same network.

Noah eventually got to co-host The Amazing Date (a dating gameshow) with Pabi Moloi in 2008. He was also a Strictly Come Dancing contestant in the fourth series. Noah hosted the 16th annual South African Music Awards in 2010 and along with MNet’s Tonight with Trevor Noah.

Do Not Miss: Sierra from Love and Hip Hop Before Plastic Surgery: The Untold Truth!

Noah was eventually the subject of the 2012 documentary You Laugh But It’s True. The same year, he starred in the one-man comedy show Trevor Noah: The Racist, which was based on his similarly titled South African special That’s Racist.

Noah’s The Daily Show journey began in 2014 as he became a recurring contributor on the show. In March 2015, Comedy Central announced that Noah would succeed Jon Stewart as host of The Daily Show; his tenure began on 28 September 2015.

Following his appointment as Stewart’s successor, the Internet focused on jokes he had posted on Twitter, some of which were deemed disrespectful to women, while others were deemed antisemitic or ridiculing the Holocaust.

“To restrict my views to a handful of jokes that didn’t land is not a genuine portrayal of my character, nor my progress as a comic,” Noah commented through Twitter.

In a statement, Comedy Central backed Noah, saying, “Trevor Noah, like many other comedians, pushes boundaries; he is controversial and spares no one, including himself… It’s unreasonable to assess him or his comedy based on a few jokes. Trevor is a gifted comic with a promising career ahead of him at Comedy Central.”

Noah’s first debut was well-received.  The New York Times’s James Poniewozik lauded him and the show’s writers, stating, “Mr. Noah’s debut was mainly successful, but it was also due to the operating system—the show’s writing—running beneath the surface.”

Check Out: Mindy Cohn’s Plastic Surgery: Did She Go Under the Knife?

He was regarded as “charming and composed—almost always low-key compared to the frequently antic and surprised Stewart” by Robert Lloyd of the Los Angeles Times.  Noah’s popularity on the show led to three Comedy Central and Netflix stand-up specials.

The star’s contract as host of The Daily Show was extended by Comedy Central through 2022 in 2017. He’d also create and host Comedy Central’s annual end-of-year specials. Trevor Noah’s successful career is still on its path to being more successful.