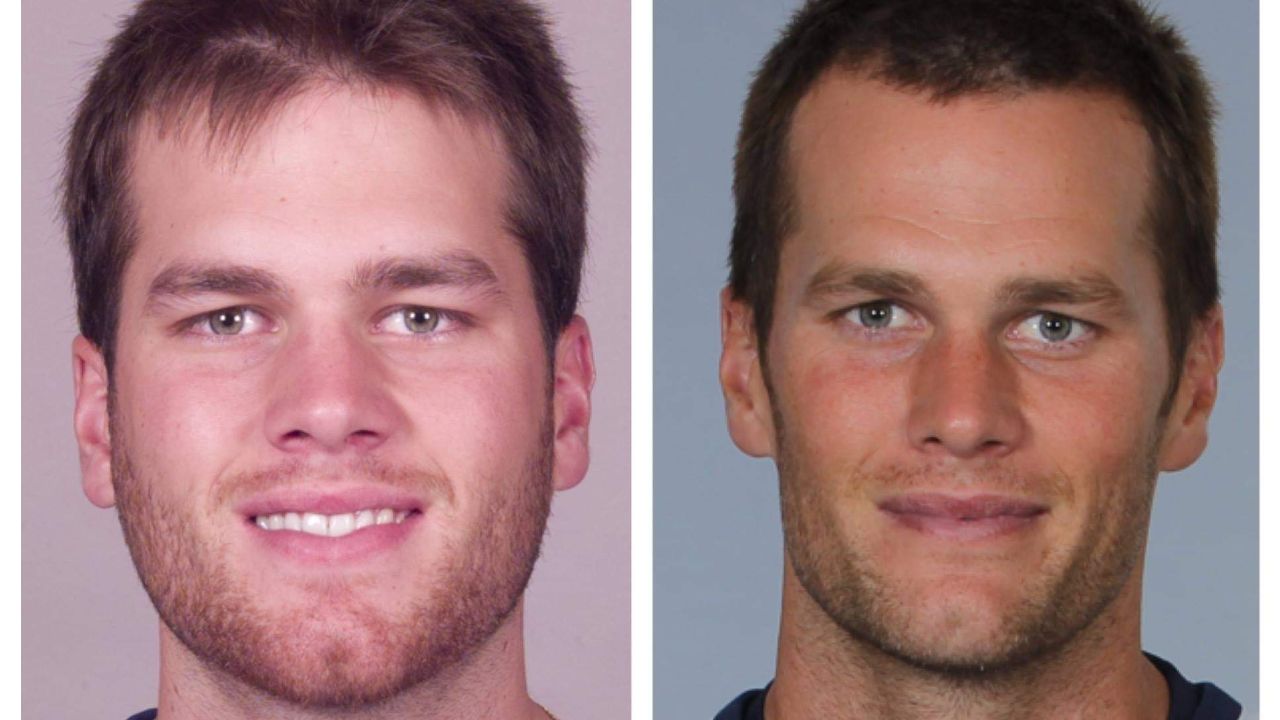 Tom Brady is widely believed to have undergone several plastic surgery procedures after a Twitter thread by a plastic surgery consultant showing him at different ages and analyzing the changes in his face went viral. He is said to have gotten rhinoplasty, a hairline transplant, jaw implant, jaw fillers as well as veneer. Some fans seek Tom Brady’s plastic surgery video.

Tom Brady is an American football quarterback who currently plays for the Tampa Bay Buccaneers of the National Football League (NFL). He began his football career with the New England Patriots, with which he spent his first 20 seasons.

There he was a central contributor to the franchise’s dynasty from 2001 to 2019. He is widely considered to be the greatest quarterback of all time.

Previously, we touched on the plastic surgery efforts of Chaney Jones and Im Soo-Hyang.

Did Tom Brady Have Plastic Surgery?

The name of Tom Brady (@tombrady) had been splashed on every newspaper in the sports section following his indication about his retirement from the NFL just about six weeks ago.

And now he’s right back in the news again after ceremoniously reversing his retirement and casually confirming his return to Tampa Bay Buccaneers in 2022. He is really hogging all the limelight even if it was not on purpose.

So, naturally, this entire retiring and then not retiring deal has invited a lot of attention on the player, which has made him once again a subject of plastic surgery queries.

So it can be said that the internet is cornering him not about his recent professional affairs, but he is also surrounded by the speculations of plastic surgery and then confirmation of those cosmetic surgeries not by himself but by experts, which all started after the assumptions made by non-experts with a disclaimer.

Let’s start at the beginning of it, where it all started. On a January Monday in 2021, a Twitter user that goes by the username Kosmetic Krys, who bills herself as a plastic surgeon consultant made a thread analyzing the changes in Tom Brady’s face and chalking some of them up to the plastic surgeries.

But it’s to be noted that the Twitter user does give a disclaimer and has expressly specified that she is not a plastic surgeon herself.

She starts the Twitter thread with a side-by-side picture comparison of the NFL legend on his first Super Bowl with the New England Patriots for the 2001 season and the tenth one which was on February 2021, which means that the pictures were taken twenty years apart.

Tom Brady before and after twenty years look very different and a considerable change is seen, but it’s been twenty years and of course, people are going to not look the same unless they are vampires.

Maybe because it is too far-fetched and difficult to show plastic surgery by putting up two pictures taken two decades apart, she continues on with the thread with an analysis of all his headshots over the years, which were chosen with great care as to demonstrate everything from small changes to his hairline to bigger changes in his nose and his jawline. As you look at the photos, you can’t deny all those subtle differences in his face.

With the comparison of those headshots next to each other, Kosmetic Krys attempts to show the progression of the little tweaks Tom Brady made with such great subtlety and precision that nobody could tell he’s got something done.

The procedure she says that Tom’s done is a fine rhinoplasty and veneers. Sure enough after three headshots, on his fourth one, he does seem to have a slimmer nose and his teeth look different too. And while on the sixth picture, his hairline is receding, on the next one, his hairline is completely restored.

She also mentions that Tom Brady has got work done on his jaw. His jawline doesn’t look the same. She thinks he has gotten both jaw fillers and jaw implants. But what she can’t exactly tell is when he switched from fillers to the implant.

This Twitter thread drew the attention of lots of people, some of whom agreed that that yeah, Tom Brady has got loads of cosmetic procedures done throughout the years and the changes in him are not just due to a healthy lifestyle, diets, and exercise (no proper diets will slim your nose and never have any exercise said to fill out your hairline), others chose not to acknowledge those plastic surgeries on the ground that what people do with their face and body is their own business and nobody needed to comment on it.

Some experts also weighed their opinion given that the debate had been started on Twitter. A plastic surgeon from New York Jennifer Levine suggested that the glorious hairline Tom Brady possesses is not compatible with a man of his age so, he must have enjoyed hair enhancements over the years.

Plastic surgery speculations on Tom Brady’s part are not the first one. Back in 2019 as well, an Instagram post of him sparked the surgery rumors but those rumors were dismissed by a NESN story, which at the time addressed the issue, and stated that Brady’s appearance was probably more attributable to a photo editor’s Photoshop tools than a surgeon’s scalpel.

However, Tom Brady himself has never addressed these rumors.