The Weeknd’s Plastic Surgery Song: Did the Save Your Tears Singer Go Under the Knife? Before & After Pictures Examined; How Does He AKA Abel Makkonen Tesfaye Look Right Now in 2022? 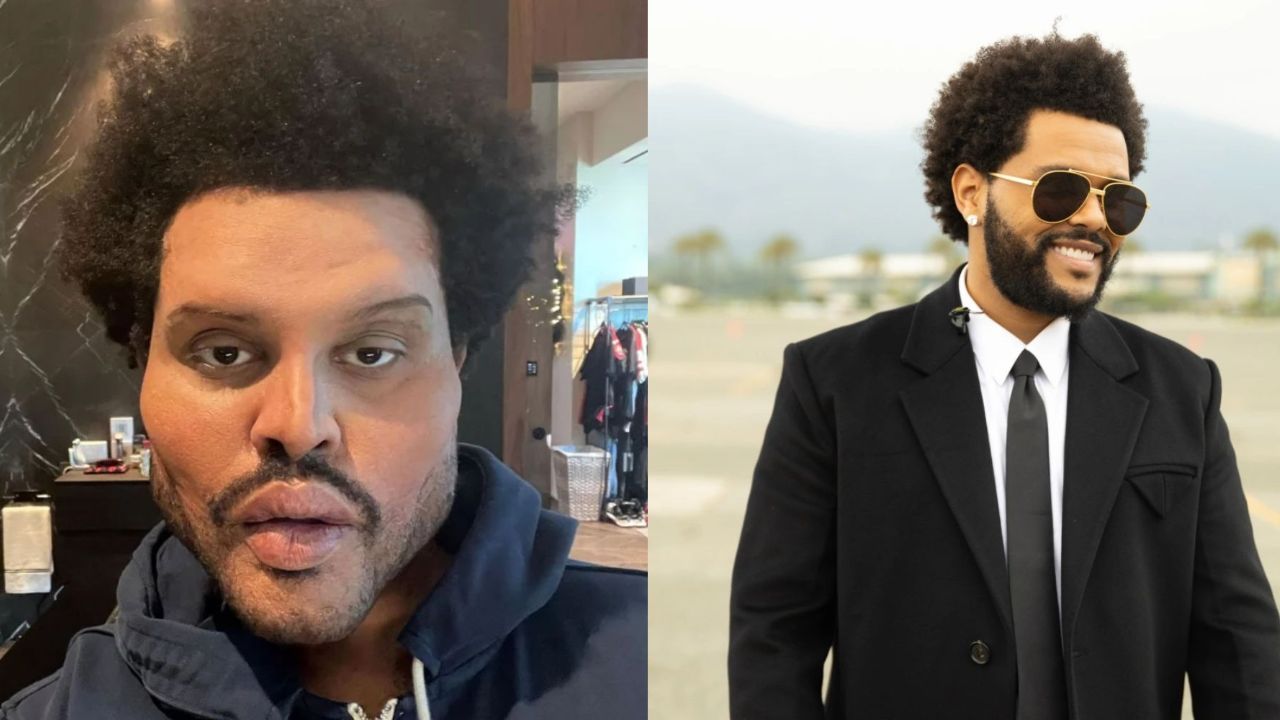 After wearing bandages and prosthetics throughout performances building up to his well-known Super Bowl 2021 halftime act the previous year, The Weeknd aka Abel Makkonen Tesfaye’s fans were left wondering if he underwent plastic surgery on his face. The Save Your Tears song-singer started his new appearance during the successful year of his studio albums known as After Hours. However, he looks perfectly normal right now in 2022. Follow up to know more about his plastic surgery with his before and after pictures.

The Weeknd is the stage name of Abel Makkonen Tesfaye, a Canadian singer, songwriter, and record producer. He rose to fame after uploading many of his songs to YouTube under the username The Weeknd. He was first encouraged to become a singer by the iconic Michael Jackson and afterward by R&B artists like Aaliyah, Missy Elliott, Timbaland, and The Neptunes.

The Weeknd began his career by releasing mixtapes for free on his own website. He gained a devoted following thanks to his three mixtapes, House of Balloons, Thursday, and Echoes of Silence. Reviews for each of his studio albums were mostly favorable. Tesfaye made an effort to avoid publicity in his early career since he was shy and insecure as a child.

He avoided media appearances and even refrained from using his own picture on the covers of his mixtapes. On Twitter, he engaged with his followers. He did, however, grow more assured as his songs began to dominate charts all over the world. He has so far collaborated with famous people including Kendrick Lamar, Drake, Beyoncé, Ed Sheeran, and Kanye West.

The Weeknd appeared in the Save Your Tears music video with a completely different face, the outcome of an apparent plastic surgery mishap. Which made many fans wonder if he really underwent plastic surgery procedures. Did he? How does he look right now in 2022? Well, we’ve got you covered.

Previously, we touched on the plastic surgery efforts of Lionel Richie and Teresa Giudice.

Many Fans Thought the Weeknd Underwent Plastic Surgery for His Song ‘Save Your Tears’ After Applying Temporary Prosthetics and Bandages: What Does He Look Like Right Now in 2022? Is His Face Still the Same? Before and After Pictures Examined!

The Weeknd (@theweeknd) startled his followers on Instagram on January 5 by posting a photo of himself that appeared to have undergone plastic surgery on his face. The image was shared in conjunction with the debut of his latest music video for the song Save Your Tears. However, the singer later revealed that he hadn’t undergone any surgeries and that to depict the twisted and sinister side of Hollywood, he has been employing prosthetics and makeup. Comparing his before and after pictures, he and his face look completely normal in 2022.

The Weeknd whose actual name is Abel Tesfaye opted to play a character in his music videos and at some of his public appearances as part of the promotion for his most recent album, After Hours. The character has experienced noticeable cosmetic alterations in every new piece of content from the album, leading to claims that The Weeknd underwent facial surgery and that his before and after images are completely different.

During the socially remote MTV Awards ceremony, the Starboy singer used the same makeup, red suit, and black gloves as on the record cover of his After Hours project. He also performed Blinding Lights outside for the occasion’s opening act, complete with fireworks and a helicopter circling the New York City stage in his wake. In March 2020, he appeared on Saturday Night Live with the same look.

Fans were shocked when The Weeknd’s face looked bleeding and injured during the 2020 MTV Video Music Awards in late August. Later, in November, he attended the 2020 American Music Awards while sporting a full face of bandages. In January 2021, he revealed an extreme plastic surgery makeover in the music video for his new song, Save Your Tears.

Fans shouldn’t worry, though. Prosthetics and CGI were used to create an unsettling new appearance. He previously collaborated with Prosthetic Renaissance, a cosmetic effects company that is claiming online credit for the change. The singer hasn’t done any plastic surgeries to alter his looks.

Those who are familiar with the songs on the album are aware that the plot is about a man who pursues excess and happiness in all the wrong places, leading him to a spiral into madness. In a new interview with Variety, the Weeknd explained why he performed in bandages:

Fans were obviously confused by his new appearance and were wondering what The Weeknd looks like now in 2022, but it’s safe to assume that his ominous appearance was only a reflection of his commitment to his new song. When questioned why he made such drastic changes to his face, describing it as more unappealing while advertising his new endeavor, he responded:

I suppose you could take that being attractive isn’t important to me but a compelling narrative is.