Dwayne Johnson AKA The Rock Plastic Surgery: Did the Famous WWE Wrestler Go Under the Knife? Then & Now Pictures Analyzed! 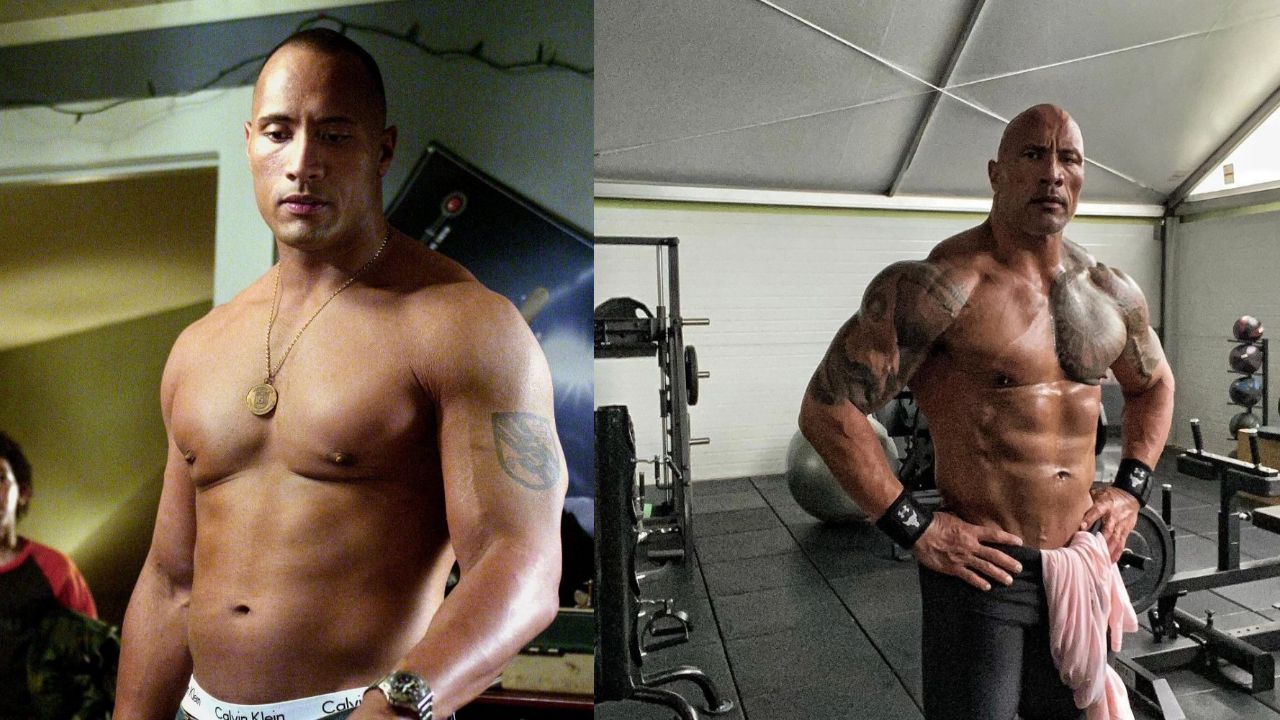 Dwayne Johnson, aka The Rock, shared with his fans that he had plastic surgery in the past and that he had it done to reduce the fat in his chest. The famous WWE star admitted to having done gynecomastia reduction surgery in the past because no matter how hard he tried, he wasn’t able to lose the fat in that area; finally, he got rid of it with successful plastic surgery. Despite going gym from a young age, Dwayne Johnson wasn’t satisfied with his physique. Fans online suspect The Rock had more plastic surgery treatments like facelifts and Botox after comparing his then and now pictures.

Dwayne Johnson is a professional wrestler turned actor best recognized for his role in The Mummy Returns, a fantasy adventure film. Before entering the world of movies, Johnson was a very successful professional wrestler known by the ring name The Rock. It is hardly surprising that he became well-known in wrestling given that he was born into a family of wrestlers.

He has always been athletic and inclined toward sports, and while he was a school student, he used to take part in numerous sporting events. He participated in the school’s track and field and wrestling teams in addition to playing football for his high school. He obtained a full scholarship from the University of Miami to play a defensive lineman since he was a promising football player.

He had dreams of becoming a famous professional football player, but an injury put an end to those dreams. Despite his disappointment, he chose to become a wrestler instead of letting this occurrence demotivate him. He started being trained by his father, a professional wrestler himself. He eventually made his WWF debut and became a well-known wrestler.

Now he has a huge fanbase and they follow each and every aspect of his life closely. Some fans online were wondering if the famous wrestler had got any plastic surgery. Read this article to find out.

Previously, we touched on the plastic surgery efforts of Laura Loomer and Maria Shriver.

Dwayne Johnson AKA The Rock Plastic Surgery: Admitted to Having Done Cosmetic Surgery in the Past!

Dwayne Johnson, aka The Rock (@therock), is one of today’s most well-known celebrities. He has changed physically from being an overweight high schooler who later dominated the wrestling world.

He wasn’t entirely confident with his appearance. Johnson decided to do something about it in the early 2000s, just as his movie career was really taking off, and underwent a procedure known as gynecomastia reduction, a process aimed to remove the look of man boobs.

Johnson is a business genius who has launched tequila and sportswear product lines. Johnson is a celebrity, yet despite his fame, he has experienced self-esteem problems. He even acknowledged having surgery to address a persistent root of his body image issues.

The Rock appeared to be concerned about the excess chest fat that he couldn’t seem to lose despite working out in the gym. He, therefore, turned to the procedure known as gynecomastia reduction surgery. The entire surgery took over an hour to perform. The Rock remarked about the surgery:

It was an aesthetic thing. I went in and showed the doctor, and he said, ‘Are you crazy?’ I was walking around with my shirt off all the time, so I had it done,

In other words, his breast area was largely emptied of fat, leaving it flat. The problem could have been an accumulation of estrogen, which can be hereditary and unrelated to the usage of enhancers. Testosterone, of course, does not aid in the cause.

Plastic surgery on male patients is becoming more prevalent. And more men are going under the knife for various reasons. Some people claim that it is due to the beauty standards set by society on men. According to Neil Bulstrode, the Great Ormond Street Hospital in London’s clinical lead for plastic surgery states:

The stigma of plastic surgery is reducing. There’s a realization that simple safe procedures can be done to make big improvements in parts of the body that have been significantly affected and that can make a huge improvement on how people feel about themselves, their confidence, and therefore, what they can achieve.

Some admirers believe Dwayne Johnson has undergone more plastic surgery in addition to the reduction of his gynecomastia, including Botox and a facelift. They claim he looks different in his then and now pictures and that he has a considerably smoother face now than he did previously, which could be due to Botox. Additionally, he has higher-than-normal brows, which can be the result of a facelift.