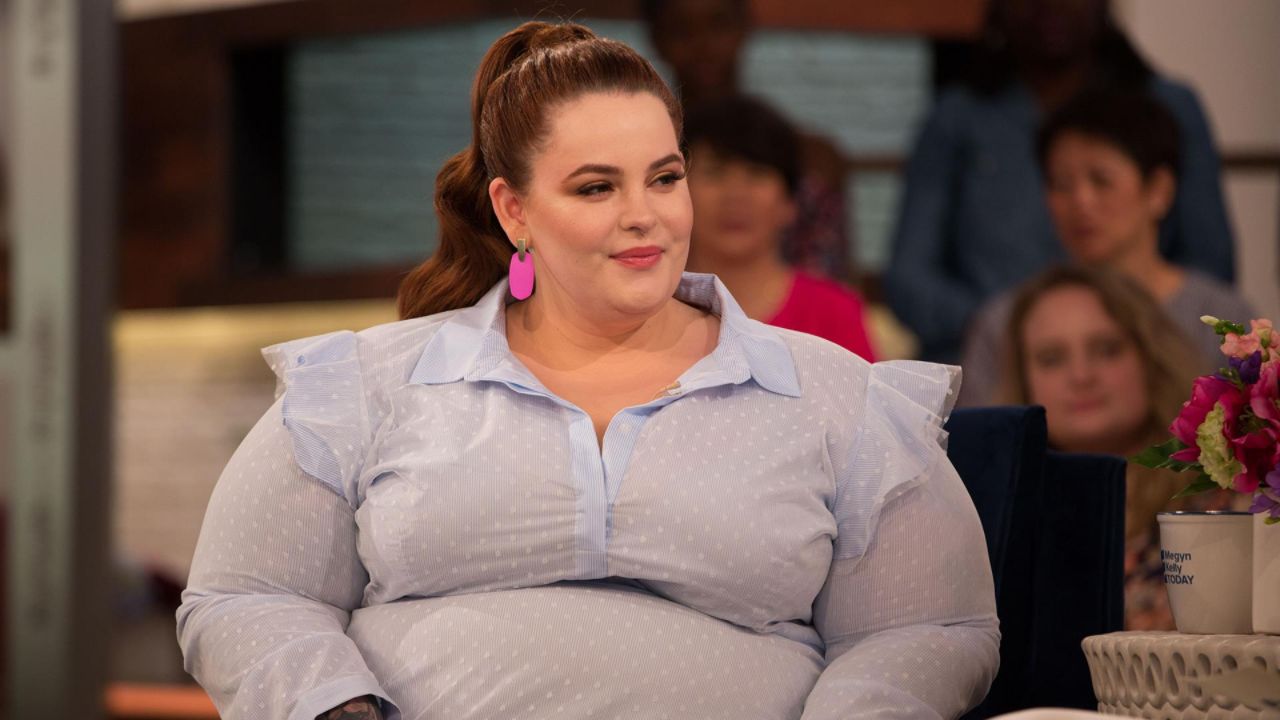 Grab all the details of Tess Holliday’s weight loss curiosity among internet users. She revealed she’s anorexic and in recovery. Check out her before and after changes.

She was declared one of Vogue Italia’s top plus-size models in 2013, and she started an Instagram hashtag campaign called “effyourbeautystandards” in 2015. The same year, she signed with Milk Model Management as the first model with a dress size over 20.

Lately, she is at the forefront of weight loss speculations on the internet. The Instagram star disclosed her medical condition that led to the loss of appetite. Without further ado, let’s dive into it. 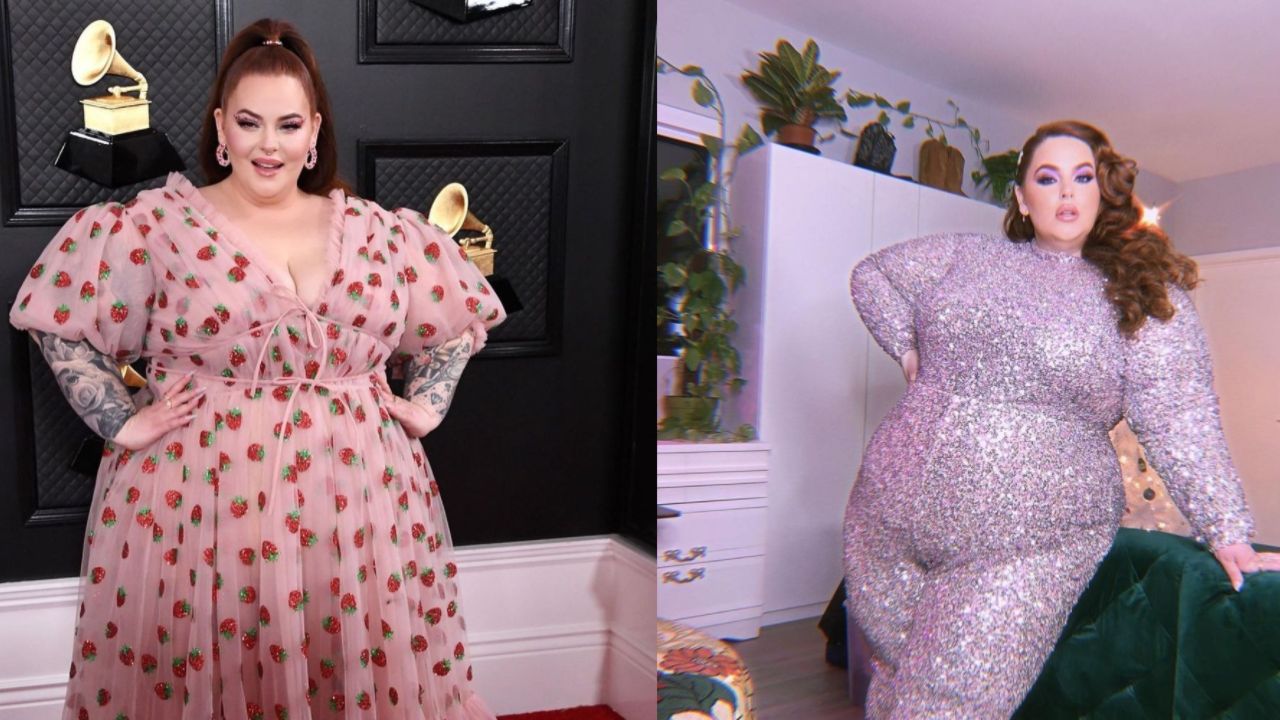 Tess Holliday recently revealed that she is recovering from anorexia. The model and activist made the announcement on her social profiles, presumably in response to criticism of her recent weight loss.

She clarified that comments like these can be particularly upsetting for someone suffering from an eating disorder (ED).

I’m anorexic & in recovery. I’m not ashamed to say it out loud anymore. I’m the result of a culture that celebrates thinness & equates that to worth, but I get to write my own narrative now. I’m finally able to care for a body that I’ve punished my entire life & I am finally free.

Holliday, who has long spoken out against fatphobia, weight bullying, and health-related trolls, expanded on this argument in an Instagram post on 2nd May.

To everyone that keeps saying ‘you’re looking healthy lately’ or ‘You are losing weight, keep it up!’ Stop. Don’t. Comment. On. My. Weight. Or. Perceived. Health. Keep. It. To. Yourself. Thanks.

She clarified that her weight loss is a result of her change in daily eating habits, which have helped her body heal from the unhealthy eating that describes anorexia.

Yes, I’ve lost weight—I’m healing from an eating disorder & feeding my body regularly for the first time in my entire life.

The model explained why equating weight and wellness is so dangerous: it encourages the slim image, fatphobia, and diet society.

When you equate weight loss with ‘health’ & place value & worth on someone’s size, you are basically saying that we are more valuable now because we are smaller & perpetuating diet culture… & that’s corny as hell. NOT here for it.

According to SELF, research shows that the relationship between body dietary habits is far more complex and nuanced than we previously believed.

Holliday also clarified why concentrating on somebody’s appearance, such as having weight loss remarks or compliments, is particularly disturbing for people in ED recovery.

For folks like me that are trying to reframe our relationships with our bodies & heal, hearing comments about weight is triggering as hell. It sets us back in our progress.

The comments also have a ripple effect, according to Holliday, because they perpetuate the belief that being thinner is more attractive to those in recovery.

When people working on themselves see you commenting to me that way, it hurts THEM, not just me. I can take it (I shouldn’t have to, but I can) but they didn’t ask for that trauma, ok?

If you can’t tell someone they look nice without making it about their size, then baby, please don’t say nuthin at all.

The widely held belief that all people suffering from food illnesses are thin or underweight is untrue and dangerous. The reality is that eating disorders can affect people of all shapes and sizes.

The National Eating Disorders Association (NEDA) states that a lack of knowledge of this fact is a dangerous type of weight prejudice and shame, and it can be a significant obstacle to binge eating evaluation and management.

People with larger bodies might be less likely to seek treatment for an eating problem, possibly because their complaints are not often treated seriously when they do. People who don’t “appear” to have an ED are less likely to be diagnosed or treated, and may be removed from clinical studies, according to the NEDA.

While admiring someone’s weight loss may seem harmless, keep in mind that you might not know what they’re going through or their current health situation. Such remarks perpetuate weight stigma and a cultural fascination with slimness, which are not just harmful but also dangerous to people’s health.

Back in 2018 in a new interview for Cosmopolitan UK’s October issue, Tess admitted to being in the worst mental health crisis of her life.

I remember very vividly driving in the car with Bowie [her two-year-old son] and I thought to myself, ‘I wish I could just disappear. I wish I could vanish.’ It felt at that point like I was causing everyone around me so much pain. It felt like a never-ending black hole. I was so tired of hurting… I just didn’t want to be here anymore.

She didn’t go into depth on the reason she felt like a disappointment to her family, but she did say that the hateful messages she gets on a regular basis can be draining.

Tess revealed that she had once been a size 16/18 before she gave birth to her son Rylee.

I look back on those photos now and I don’t wish I was that size, but what I wish is that I loved myself 120 pounds ago.

Tess Holliday said back then she had become the largest she’s ever been, but she felt stronger than she did in the past.

The Instagram star took her being the heaviest to finally love herself.