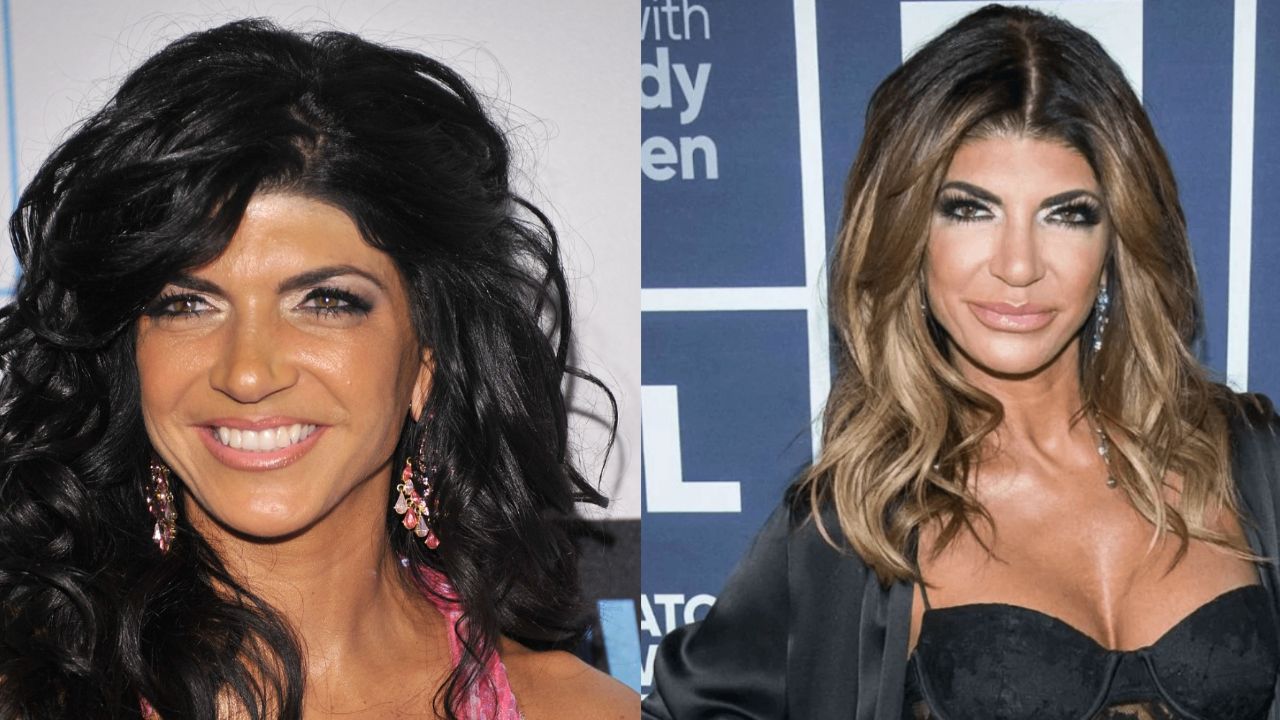 Teresa Giudice, a cast member of The Real Housewives of New Jersey, is accused of having undergone a number of plastic surgery operations, including Botox, Breast Augmentation, Teeth Invisalign, and Rhinoplasty, of which the actress has admitted to having Rhinoplasty and Breast Augmentation. Fans were shocked to see the 50-year-old looking stunning even without makeup which served as a catalyst for Teresa Giudice’s plastic surgery rumors.

Teresa Giudice (born on May 18, 1972) is an American television personality who is mostly known for her role in The Real Housewives of New Jersey. Giudice was featured on Donald Trump‘s The Celebrity Apprentice 5 (2012) in addition to appearing on the show and writing numerous cookbooks that were New York Times bestsellers.

Teresa served 11 months of a 15-month fraud sentence before being freed in December 2015, while her husband and four daughters lived with her in the Towaco neighborhood of Montville, New Jersey. She is renowned for living a luxurious lifestyle and having well-publicized financial and legal issues prior to receiving a prison sentence.

Teresa Giudice, a star of RHONJ, just wed businessman Luis ‘Louie’ Ruelas on August 6, 2022, and has been in the spotlight ever since. The viewers are curious to discover more specifics about Teresa, including her plastic surgery. Well, here’s everything we have on Teresa Giudice’s plastic surgery!

Previously, we touched on the plastic surgery efforts of Barry Manilow and Jaclyn Smith.

Teresa Giudice’s Plastic Surgery: The RHONJ Star Has Admitted to Having Breast Augmentation and Rhinoplasty; The 50-Year-Old Actress without Makeup and Her New Teeth!

The Real Housewives of New Jersey star Teresa Giudice (@teresagiudice) has reportedly undergone numerous plastic surgery procedures; of course, if you have one or two surgeries, you are assumed to have had multiple surgeries. The plastic surgery procedures she is suspected of undergoing are Botox, Breast Augmentation, Teeth Invisalign, and Rhinoplasty, out of which the actress has admitted to having Breast Augmentation and Rhinoplasty.

Fans have been astounded by Teresa Giudice’s stunning appearance without makeup despite the fact that they are used to seeing her in full glam and makeup from RHONJ. Nevertheless, despite having a beautiful physique, Giudice has drawn criticism for using too much Botox and plastic surgery. The 50-year-old actress doesn’t appear to be as old as other women in their 50s, and because of her youthful skin and lack of facial wrinkles, it is assumed that she has had Botox.

Giudice has maintained a youthful appearance over the years, leading many to speculate about the actual scope of her plastic surgery background. Dr. Pam Agullo, a plastic surgeon offered her opinion on what Giudice might have done to acquire her immaculate appearance. In an interview Dr. Pam stated,

In my opinion, she probably had a full face rejuvenation with neurotoxin and fillers under her eyes, cheekbones, and marionette lines. Giving her an overall refreshed and rejuvenated look.

Additionally, it’s believed that the 1.7-meter-tall actress had her teeth corrected. While Margaret Josephs and Dolores Catania, two other Real Housewives of New Jersey, chose to enhance their smiles with veneers, Teresa Giudice decided to preserve her natural teeth and undergo Invisalign therapy. For children, teenagers, and adults, Invisalign therapy is the clear alternative to metal braces.

The reality personality stated she always thought she had a tomato nose and that the top of her nose was too round, and it appears that she had rhinoplasty, often known as nose augmentation. She felt confident in her decision to proceed with the treatment after speaking with her husband Luis ‘Louie’ Ruelas (@louiearuelas). The 50-year-old actress expressed her happiness by stating,

I don’t know if anybody knows, but I did get the tip of my nose done and I was so nervous about getting it. So I guess I got a nose job — the tip of it — and I used Dr. Tobias in Englewood, [New Jersey]. He was amazing. After I got it done, I didn’t feel [any] pain whatsoever.

Not everyone, though, shared Teresa Giudice’s husband’s enthusiasm. Margaret Josephs, Giudice’s RHONJ co-star, and adversary, allegedly advised her against getting the operation.

The 50-year-old Real Housewives of New Jersey star, Teresa Giudice and the 48-year-old businessman, Luis ‘Louie’ Ruelas exchanged vows during a lavish ceremony and reception in front of close family, friends, and fellow cast members on August 6, 2022. At their wedding, Teresa Giudice and Luis “Louie” Ruelas seemed to be having a blast.

The two crossed paths on a street where Teresa had prayed to her deceased parents to send her a decent guy during a tragic trip to the Jersey Shore in the summer of 2020.

At the wedding, Teresa Giudice wore a custom strapless Mark Zunino Atelier soft pink mermaid gown with a sweetheart neckline and more than 300 yards of hand-draped English netting to her marriage to Luis ‘Louie’ Ruelas on August 6.