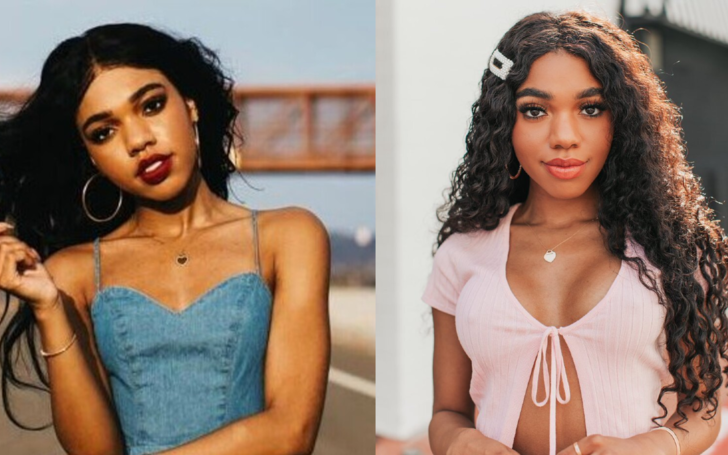 Get all the facts behind Teala Dunn’s plastic surgery procedures, most notably breast augmentation.

Teala Dunn is recently the subject of massive plastic surgery speculations amongst fans. To her credit, the YouTuber is, in fact, quite open about her breast augmentation procedure.

With lots of talk about Teala Dunn’s plastic surgery on social media, we’ve brought you all the details of her going under the knife. Without further ado, let’s dive into the details.

Teala Dunn took to her YouTube channel on 30th May 2020 to reveal to the world she’s undergoing a breast augmentation plastic surgery to make her breasts look more prominent. She said:

You guys are wondering why I’m getting a boob job. First of all, disclaimer: I’m 23 years old. I can make decisions for myself, so if you’re a person that is super against plastic surgery and you think that this makes you less of a person or something like that, I don’t need your opinion. Keep your opinions to yourself.

Teala believes she’s a full-grown adult, and she’s always been the same bra size literally since she hit puberty. She’s been on birth control for five years, which did not make her any bigger at all because a lot of times, people take birth control and get bigger boobs or bigger butt, something that never happened to her.

Dunn obviously wanted bigger bosoms, but this does not mean she does not love herself.

I love myself. I love the skin. This is just something that I want to do to enhance myself. Honestly, no different than putting on a weave or little eyelash extensions. It’s just a little more, it’s a little deeper than that, but I mean like it’s in the same ballpark, I feel.

She believes if you have the money to do something that’s gonna make you feel more confident, just go ahead and do it.

Following the surgery, the YouTuber took to her channel once again to reveal her experience, following the appointment with a well-renowned plastic surgeon, Dr. Ghavami. She said, “He’s honestly amazing. The entire staff is so amazing. They just made me feel so safe and welcome.”

Dunn added, “I’m really, really, really excited. I think we decided on the CC that I’m getting like the size. And turns out one of my boobs is actually larger than the other boob, which is so interesting. I had no idea my left boob is actually a lot bigger than my right boob.”

Teala continued, “I think we’re gonna do 265 and 295 CC, and I’m so excited. I definitely didn’t want to do 300 CC just because I’m literally so petite that I feel like that would be way too much for my body.”

Who is Teala Dunn?

Teala Gunn, born on 8th December 1996, is an American actress and YouTuber. She is best known for the portrayal of Lindsey Kingston-Persons, taking over the role of Aleisha Allen, in the TBS sitcom Are We There Yet?

Dunn is well-renowned as a YouTube vlogger and was previously the best friend of fellow YouTuber star, Sierra Furtado.

She’s also popular for her regular appearance as Juanita on the Nickelodeon musical comedy series, The Naked Brothers Band, Kelsey on The Thundermans, and the voice portrayal of Turtle Tuck on the animated children series Wonder Pets.

Dunn had cameo roles in Law & Order and Law & Order: SVU. On the big screen, she starred alongside Elle Fanning and Patricia Clarkson in the drama film Phoebe in Wonderland, premiering at the 2008 Sundance Film Festival.

In addition, Dunn starred in Transamerica with Felicity Huffman and voiced a young rabbit in Disney’s Enchanted.