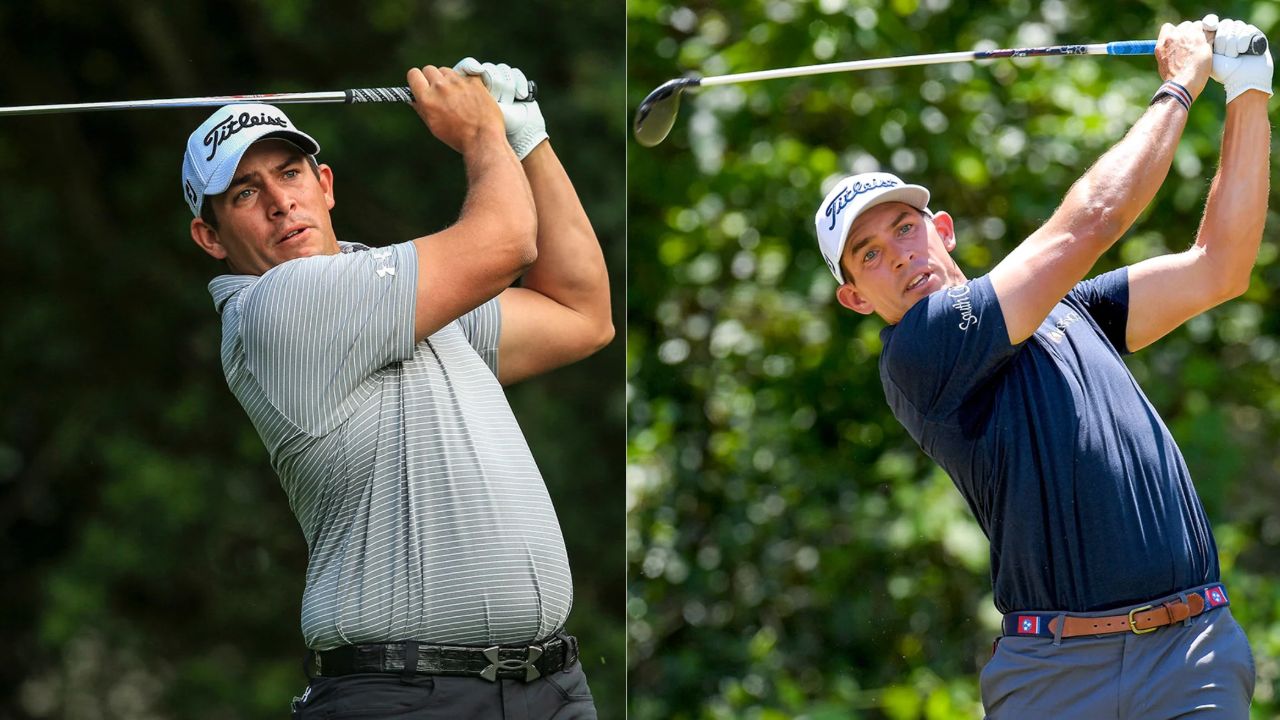 An incredible golfer of the PGA Tour for 10 consecutive seasons, Scott Stallings has been in the game for quite the time now! While always on top of his game, Stallings’s impressive transformation got many talking about it over and over.

Three-time PGA Tour winner, Scott Stallings made his first tour to the PGA Tour’s Qualifying School in 2009. Since his debut, the American golfer successfully set a name for himself in the domain of professional golf.

While always on his A-game, Stallings’s aspiration to get better and completely transform himself rather than just kicking back and relaxing is quite appreciated by many. So, here’s the full story of Scott Stallings’s weight loss.

Previously, we touched on the weight loss efforts of Adam Richman and Ashley McBryde.

Scott Stallings’ Weight Loss: “You’ve got one body, one life, it’s never too late to go and be your best!”

Struggling to keep up on the PGA Tour, it was high time Scott Stallings began focusing on his health, especially his weight. The drive and passion to become the best version of himself set Stallings on his weight loss journey!

What simply started as a simple mission to improve his life and golf game ultimately began a transforming arc in Scott’s life. Since beginning to go on Crossfit, the pro golfer saw a quote that increased his drive to lose weight.

As he said in an episode of PGA Tour on the Golf Channel, the quote said, “We gotta pay the man today.” At first, he couldn’t quite understand what it meant.

Scott then shared, “You’ve got two things you can control: Your attitude and your effort, and the rent is due on both every day, so pay the man.” This understanding became the motivation Stallings required.

Scott Stallings lost 55 pounds and about 16% body fat within 2nd year of his weight loss journey. Trying to find the best version of himself each and every day, as he said in an interview with Si, Stallings revealed that losing such a significant amount of weight has helped his game improve a lot as well.

As per the wake-up moment for the American sportsman, he revealed that it was at a doctor’s office in California, at UCLA. The appointment opened Scott’s eyes to many things he had been neglecting. With a poor relationship with food, Stallings used to consume 15,000 calories in a day and without any exercise.

Followed by obstructive sleep apnea and a bad digestive system due to lack of sleep, Scott had it bad! This eventually led him into the dark spiral of unhealthy weight gain.

Drinking 12 Dr. Peppers a day, Scott had no control over his guilty pleasures further stepped into a bad relationship with food. Also trapped in lingering health issues, Stallings eventually decided to get his life on the right track and consequently set a mark.

With a well-planned diet and adequate workout, Scott Stallings underwent a significant weight loss. Also turning into a gym freak, the pro golfer often tweets about his workout milestones along with motivating many to focus on their health.

“Anything in life worth having is not going to be easy, but it will be worth whatever it takes,” Scott preaches on his Twitter with his ripped gym photos.

A Brief Look at Scott Stallings’ Career: How Did He Get to Where He is Today?

Born in Worcester, Massachusetts on March 25, 1985, Scott Stallings always had that “golf-thing” in him. He was an all-state golfer and also a four-year member of the Dean’s List.

Along with attending Tennessee Tech, where he was a two-time Ohio Valley Conference Player of the Year, Stallings amazingly won seven tournaments and was named an All-American in 2006.

Stepping into his professional career back in 2008-2009 firstly with Tarheel Tour and the NGA Hooters Tour, it wasn’t all that easy for Scott to get into PGA Tour. While making his first trip in 2009 to the PGA Tour’s Qualifying School, the now A-list golfer missed a PGA Tour card by a single stroke.

Struggling at the beginning, Stallings returned to Q School in 2010 and finished T11 to earn his card for 2011. Finally earning an opportunity into the tournament on a sponsor exemption, Scott finished third-place which was the highest for a sponsor exemption at this event.

For his first PGA Tour, Stallings won the Greenbrier Classic in July 2011. A career filled with storms and rainbows, Scott Stalling’s unhinged passion and unfazed demeanor ultimately led the star golfer to win multiple tournaments and be in the game to date for 10 consecutive years.