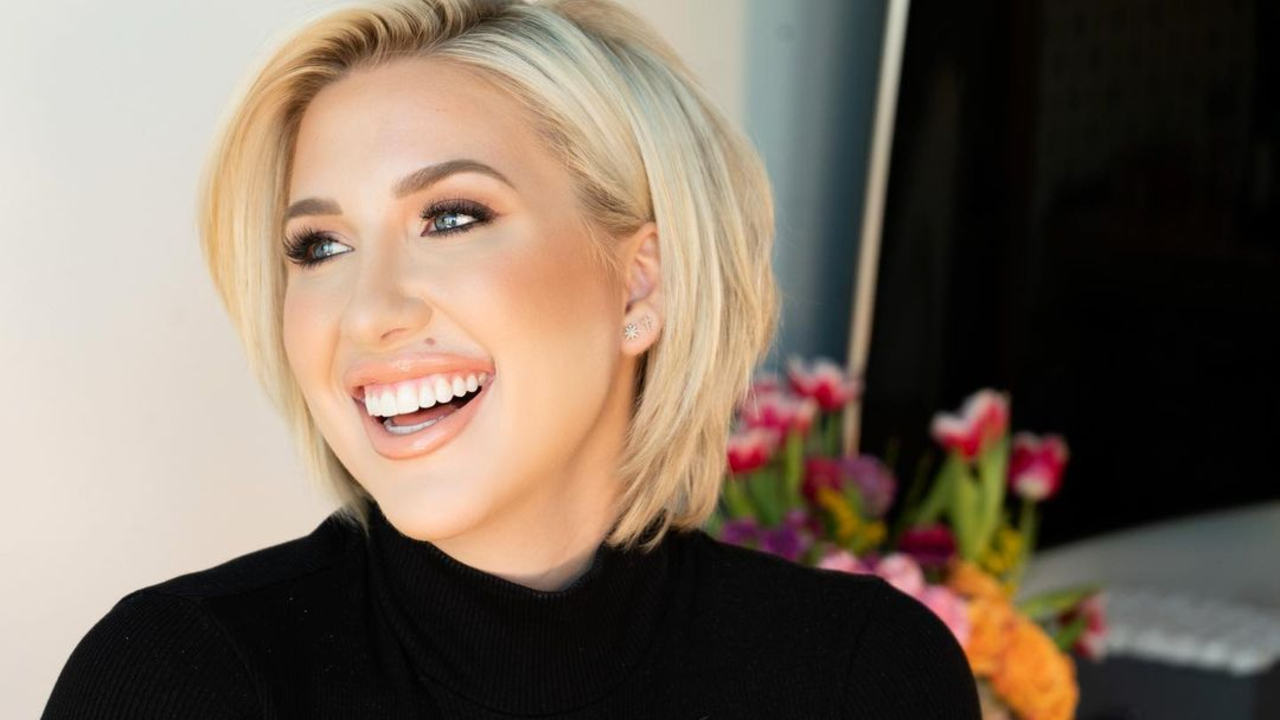 Chrisley Knows Best’s Savannah Chrisley is the subject of plastic surgery procedures, most notably nose job and breast implants. Check out before and after pictures of the reality star.

Savannah and Chase Chrisley were teenagers when the show premiered in 2014, while the youngest kid Grayson Chrisley was merely 8 years old.

Over the course of early seasons, Chase and Savannah experienced high school life before choosing whether to continue their studies or follow other interests.

Savannah celebrated her engagement to Nic Kerdiles in December 2018; however, she called quits to their relationship in the fall of 2020.

Since Savannah grew up in front of our screens, and she was known to change her look, some people wondered if she had performed plastic surgery to alter her appearance. 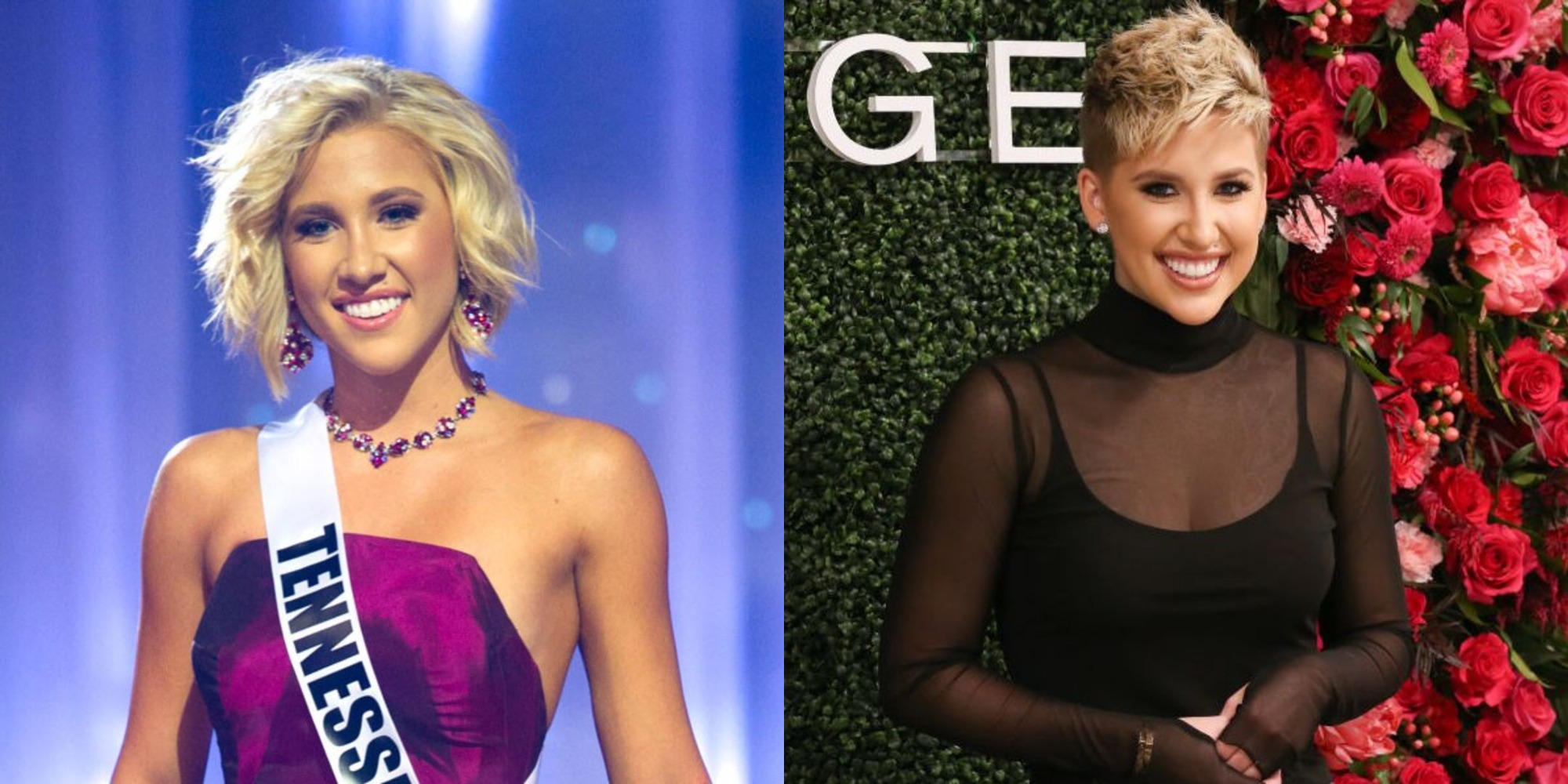 Savannah Chrisley has often tweaked her looks throughout her reality career by adjusting her hairstyle and outfit, but some Chrisley Knows Best fans believe she’s done something much bigger.

Although it is only natural that Savannah’s appearance would change when she goes from a child to a full-fledged adult, the TV star has confessed to modifying her nose by undergoing plastic surgery.

Back in November 2018, Savannah held an Instagram Q&A and replied to claims that she had breast implants.

Why did you get implants?

The reality star then admitted she did perform plastic surgery in the past, a rhinoplasty procedure, to be precise.

No implants… now nose job? Yes, that did happen in case you were wondering.

As for the reports that Savannah has also performed Botox or fillers, she’s yet to comment publicly on it.

Savannah underwent another surgery in the summer of 2020 where she had a cyst extracted. The 23-year-old had previously shed light on her diagnosis of endometriosis when she was 18.

Fans Wondered About the Reason Savannah Chrisley Cut Her Hair

Savannah Chrisley surprised her millions of fans in the fall of 2019 when she unveiled a pixie cut hairdo.

Upon revealing her new hair, Savannah penned a caption about how ladies should be encouraged to look how they wish to look.

Ladies…do what YOU want to do. Don’t base your looks, opinions, beliefs, etc on a man and what HE wants. It’s our world and they just live in it.

Savannah was faced with split reports with Nic (the couple went on to delay their wedding before calling quits to their relationship in September 2020).

Some asked if the hair alteration had to do with other lifestyle changes, but Savannah later clarified her locks had been harmed.

As per Bravo TV, Chrisley said in an Instagram Live:

I’ve always wanted to cut my hair since Miley Cyrus did hers super short. But then, recently, I think I got my hair colored too close in time by two different people. And I don’t know what happened, but it just fried my hair.

So I kinda had no choice because literally back here it was just a straight line cut with bleach. It was not a good day for Savannah. So, finally, I just was like I’m gonna cut it. I did it and I love it.

Chrisley grew her hair back to a short bob following the initial haircut. It seems like it’s going to be a while before we see anything like the long hair she had in the debut season of Chrisley Knows Best.

Savannah Chrisley looked back at her 2020 taking to Instagram. She shared a photo of her and Chase when they were kids.

In the picture, Chase smiles beneath the jaws of a massive shark, as Savannah watches in wonder.

The reality star hoped she take on more of [sic] chases attitude for 2021. She said the year she examined her wellbeing, her mental health, her romantic life, and her spiritual journey.

Chrisley went through excruciating endometriosis surgery and broke up with her fiance to mention a couple.

New Year’s Eve was a wonderful moment for everybody to reflect. Stuff like lockdown, quarantine, and missing loved ones have really dimmed hearts all over the world.

That’s also why a lot of comments under Savannah’s post were wondering when Chrisley Knows Best is returning. People tend to seek such escapes and reality TV is the perfect platform.

Savannah Chrisley said 2020 tested her, so she’s not going to act like a victim. She’s trying to find the right decision to go on. She said,

This past year I have grown more than I could have ever imagined so for that I am thankful! 2020 forced me to rely on my faith more and less on everything else.

Things she’s been through this year would have given anybody a reason to feel depressive. That’s why her fans support her because she’s always filled with joy and hope, even when she feels hurt.

The star posted photos of her hospital bed as she had surgery. She decided to write about it in order to encourage other people who may be hurting.

The reality star and beauty mogul says she wishes that 2021 will bring healing, compassion, and laughter for everybody.