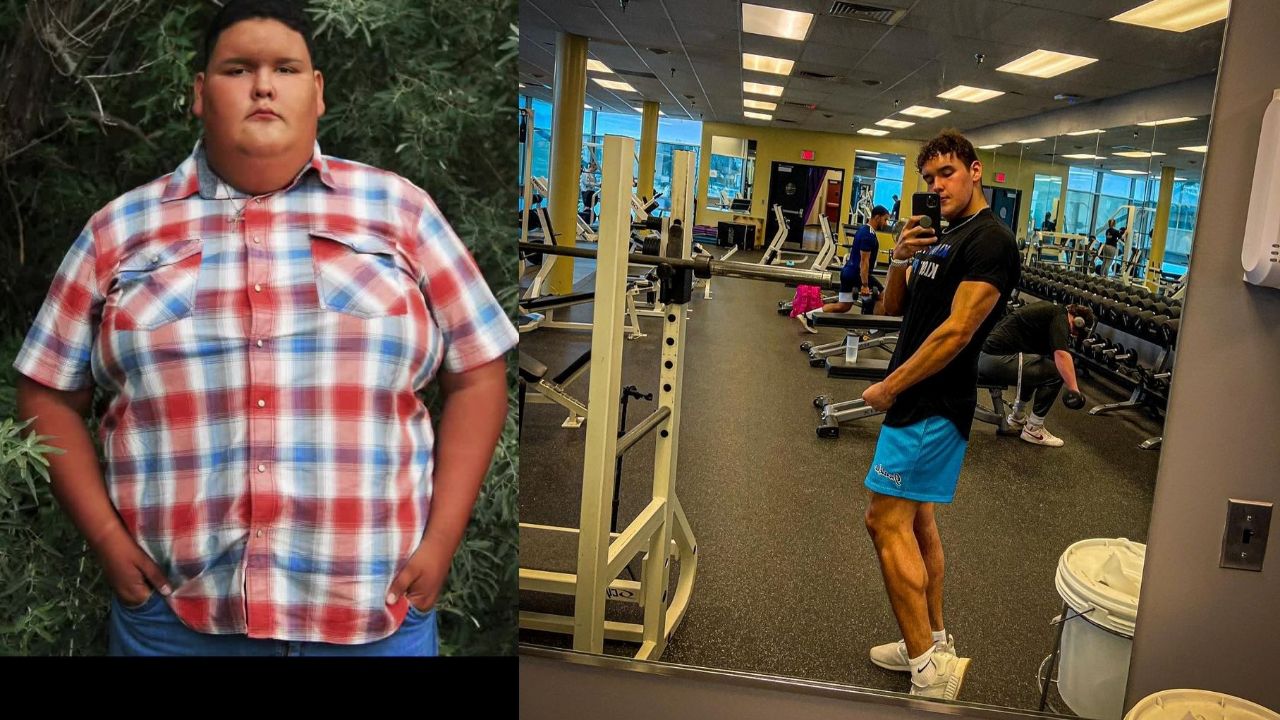 Rodney Lambert is a well-known TikTok star with 27.2k followers. He is mostly known for his weight loss journey as he posts videos of his weight loss efforts. As seen on his TikTok, he has dropped from 420 pounds to 185 pounds in just three years. He has garnered popularity by regularly posting videos on his TikTok about his diet and workouts.

Rodney did not have a pleasant upbringing since he never experienced the love of his mother who moved to another city when he was little while his father worked all day, leaving him with very little time to spend together with his family.

Despite the lack of personal information about him, fitness maniac Rodney Lambert appears to be getting fitter by the day. Rodney Lambert describes his working habit as a regular routine that is better than drugs and is his preferred substance. He was bullied as a fat kid, and he was also mentally tortured because no one spoke to him properly.

Previously, we touched on the weight loss efforts of Eddie Hall and Nicola Coughlan.

Rodney Lambert (@brodfit_21) started his weight loss journey at an early age, losing roughly 100 kilograms in just two years. He is an inspiration to many people, and his fans like seeing him work out and follow his diet plan, which he has been broadcasting on his TikTok for his fans.

He also stated that his new version is the same person with a different personality. He is exhibiting a whole personality feature in the gym.

As someone who suffers from body dysmorphic disorder, he believes that bulking is more difficult than reducing when it comes to weight loss and gain. Body dysmorphic disorder (BDD) is a mental health disease that Rodney wants to raise awareness about. If you have BDD, you may be so concerned with the way you look that it interferes with your ability to function properly.

Lambert claimed to get through a lot of joint pain when he initially started working. He also shares a daily basis of working out information for helping others. His first month of striving for weight loss never worked out since he wanted to alter his name from a huge fat guy and be changed by graduation.

While chatting with his coworker Zayn, they decided to attend the gym on January 28 and signed up for a membership. On that day, he missed his shift and cut out all junk food. Rodney also gives credit to his friend, Zayn for his weight loss.

As a result of Rodney Lambert’s drastic weight loss and subsequent transformation into a fit man, he is currently suffering from sagging skin complications.

So far, he has mentioned skin surgery, which has received great feedback from some of his fans, and he has also mentioned a fundraising program such as Fund Me donation, which he has been considering recently. His new primary goal is to travel and explore as much as possible.

When he was big, he used to drink two liters of soda a day and eat as much as he could till he felt good. But now, after years of avoiding fast food, junk food, and even soda, he is a true inspiration. He now thanks his friend for pushing him to improve, although he used to feel terrible about having a comment on his body.

Rodney Lambert was suffering from diseases and doctors advised him to lose weight because if he didn’t, he would be in trouble and develop BDD.

Rodney, on the other hand, had four reconstructive leg surgeries prior to losing weight, as this treatment is frequently required due to complications following an injury and the correction of limb deformity, including limb lengthening. He was in bed for six months, during which time he considered quitting his weight loss several times.

Rodney Lambert weighed 200 pounds in 5th grade and in high school he was 400 pounds. He was not pleased to be called a “big fat boy”, but he enjoyed eating, and saw no other way to make him feel better.

Meanwhile, he was involved in a bike accident that landed him in a child ICU for weeks, where his right side bones were damaged and he had a rough time. He also had a cerebral hemorrhage and ruptured lungs at the time.

The doctor advised Rodney Lambert to stop going out and rest for a while, and he never thought to be positive or respond well because he was a fat guy. Rodney was trying to figure out what he could do to lose weight at the time.