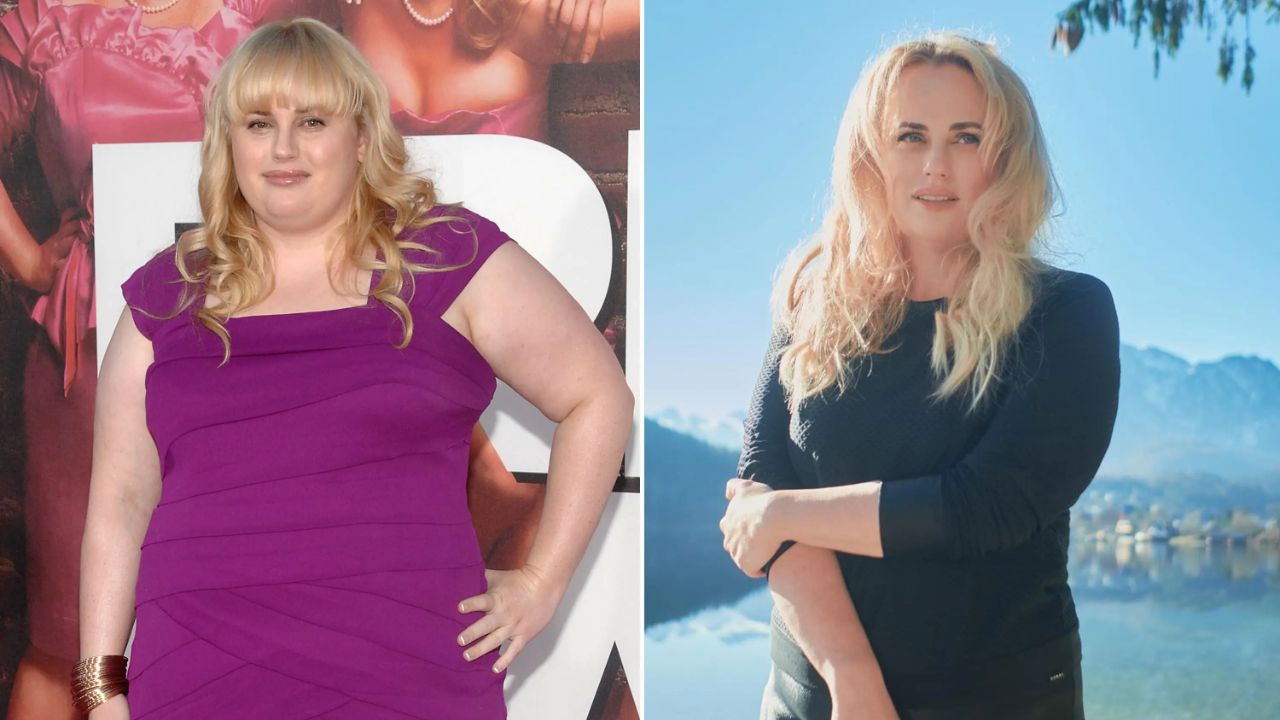 Patricia Hobart’s weight loss is the latest talk of the town on social media. Rebel Wilson, known for her iconic role as Patricia Hobart in Pitch Perfect, is undoubtedly one of the underrated and hilarious actresses in the industry. From “Fat Amy” to “Fit Amy”, Rebel’s recent weight loss has definitely stunned many, and it’s all we can talk about right now!

Making her debut into the realm of entertainment with the comedy series Pizza in 2003, Rebel Wilson, or as you may know her, Patricia Hobart is not just an actress but also a comedian, writer, singer, and producer. Appearing in comedy films like  What to Expect When You’re Expecting, Struck by Lightning, and Bachelorette, Wilson made her way into Variety‘s list of “Top Ten Comics to Watch for 2013”.

The actress, also the subject of plastic surgery, made her breakthrough in the industry with her hilariously outstanding performance as Patricia Hobart AKA Fat Amy in the famous movie Pitch Perfect. While her weight became a jewel of her character, Rebel’s recent jaw-dropping transformation has stunned many and left the crowd speechless.

So, how did Patricia Hobart who called herself Fat Amy to not let the twig b&&ches as she called the skinny girls, insult her behind her back turn into a slim goddess?

Previously, we touched on the weight loss stories of Kelly McGillis and Matrix Mindset.

Making her grand exhibit with a massive weight loss, Rebel Wilson is not just playing but winning! The iconic Patricia Hobart who slayed the entire Pitch Perfect saga with her hilarious scenes mixed with her chubbiness is now absolutely unrecognizable with her snatched waist, sharp jawline, and stunning figure.

As to what motivated Wilson to lose weight, she revealed to People that it was her desire to be a mother. Back in 2019, Rebel Wilson’s fertility doctor told her that if she reduced weight, she’d have a much higher chance of extracting and preserving her eggs. When the doctor told her that she’d have a higher chance if she was “healthier”, the actress got galled with his rudeness.

But the self-realization of how she was carrying unneeded weight and how the doctor was brutally right made her take the life-changing step of losing weight. Also suffering from a polycystic ovarian syndrome which can affect fertility, it was necessary for the star to embark on the journey of fitness and weight loss.

Losing 80 pounds of her weight, the chubby Patricia Hobart who was often mocked for her weight, entered her alternate reality of being a slender diva she often herself despised. However, it wasn’t all rainbows and sunshine.

Wilson disclosed to ET that reducing weight included not only eating well and exercising but also dealing with her mental health. Since she had a habit of emotional eating, it was difficult for the comedian to control it at first. She said, “You cry a lot, analyze things. I’d never done that before. It’s really hard to know why you don’t feel worthy when people look at my life on paper and say you’ve done all these amazing things. That’s what I’m trying to overcome.”

Featured on the cover of People magazine with her stunning, jaw-dropping look, Rebel has definitely shocked her fans and followers with her weight loss. Though in her best shape now, inspiring many to be healthy and choose the change, Rebel has always been a figure of body positivity through her character of Patricia Hobart.

The fan-favorite character of Patricia, who was jolly, confident, and ever-slaying, not just won the hearts of many but also became a representative figure for plus-sized women out there. Rebel shared how she loved the character and confidently enjoyed representing her body type out there. Though the actress struggled with insecurity at times, she carried on to flaunt the role and her body graciously.

Despite undergoing weight loss and being on the advantageous side, Rebel still thinks how unfair it is for heavy-weighted people, especially women out there.

The Patricia Hobart actress shared, “I know what it’s like to be on the other side of that coin. And now I know what’s it’s like to get attention in the positive. There is a societal bias towards what society deems as good-looking. It’s not right. It sucks, it’s unfair. I feel sad if somebody doesn’t love the body they’re in. You want to celebrate all body types but I also want to encourage people to be healthy.”

Always advocating for body positivity, Wilson still lets her Patricia side live inside her, also embracing the new version of herself.

Rebel Wilson Is Slaying Her New Sleek Look In Netflix’s Senior Year: Is It a Hit or a Miss?

Bringing the fervent glimmer of high school, Rebel Wilson is back on the screen with Netflix’s Senior Year. Directed by Alex Hardcastle from a screenplay by Andrew Knauer, Arthur Pielli, and Brandon Scott Jones, Wilson’s newest transformation in the movie was all fans wanted to look at.

Premiered on May 13, 2022, the reviews on the movie, however, are mixed. Serving the story of a 37-year-old woman who awakens from a 20-year coma and resolves to complete her high school education, the movie tries to bring high school spirit through the story of an adult who is basically stuck in time. Within minutes, the movie thrusts its audience into the midst of this woman’s tumultuous stage of development.

While the Patricia Hobart star’s ever hilarious performance and stunning new look added a gem to the movie, the reaction to the actual movie wasn’t as expected. As per reviews from AV Club, the film works overtime to make the audience actively despise it by being painfully basic in its delivery, repeatedly undervaluing its smart set-up, and presenting unlikeable, poorly drawn characters. So, all in all, the movie could be liked as well as despised depending on the viewer’s taste.