Olivia Jade’s Plastic Surgery is Trending But Is It True? 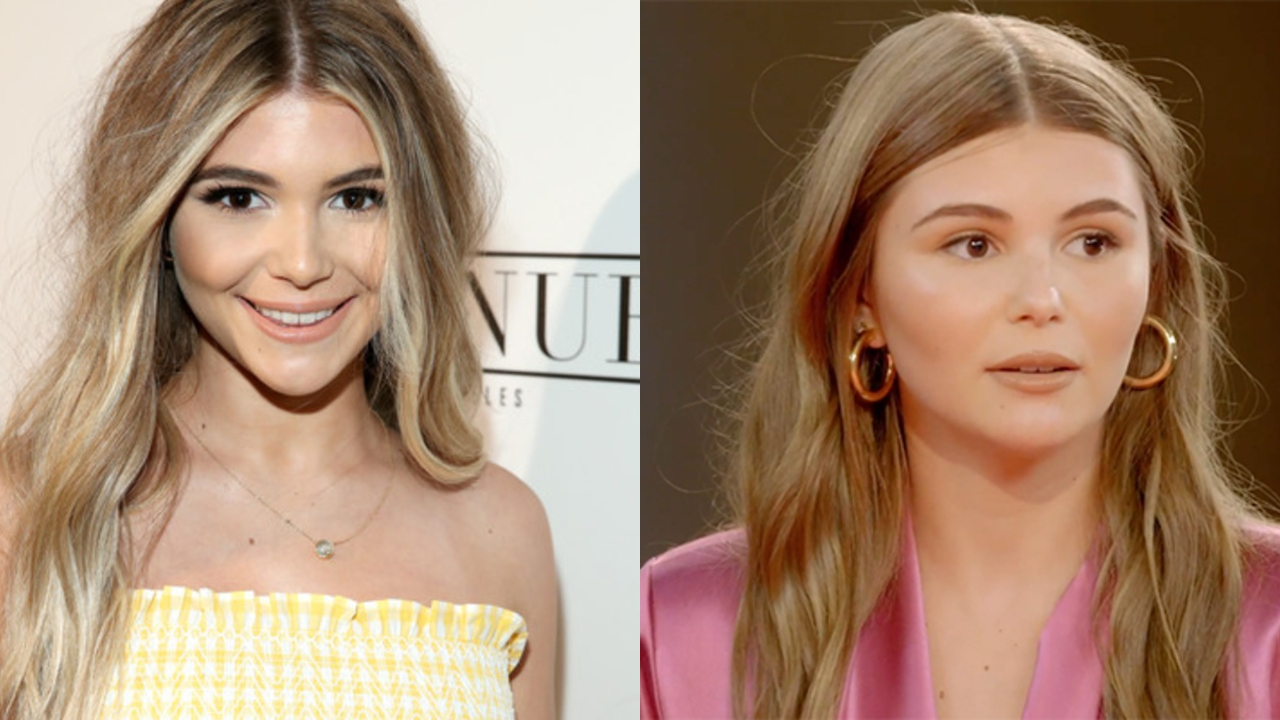 Grab all the details of Olivia Jade’s plastic surgery procedures through the inspection of before and after pictures.

Born on 28th September 1999, Olivia Jade Giannulli is an American social media personality and YouTuber. She is most-renowned as the daughter of actress Lori Loughlin and fashion designer Mossimo Giannulli.

During her high school days, Olivia Jade started a career in social media on YouTube and Instagram, amassing over one million followers in both accounts.

Recently, Olivia Jade is the subject of plastic surgery on the internet. Did she really make cosmetic enhancements? Let’s find out.

Olivia Jade’s Plastic Surgery – Did She Go Under the Knife?

Olivia Jade Giannulli is breaking the walls to the famous college admission scandal that ruined her parents, Full House actress Lori Loughlin and fashion designer Mossimo Giannulli, both ending up in jail. She is finally speaking out for the first time about her family’s ‘big mistake.’

The beauty innovator debuted on the latest episode of “Red Table Talk” this week, announcing she is eager to explicitly share her experience for the first time in an environment that feels really comfortable. 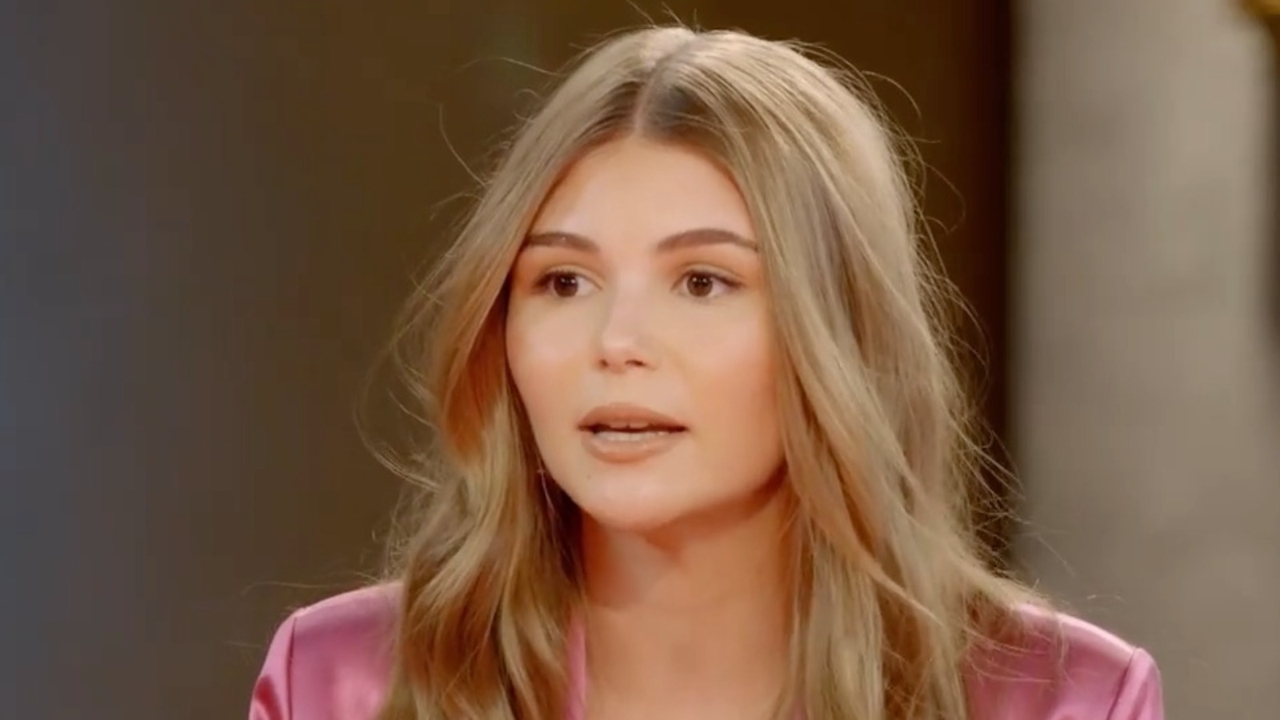 Olivia Jade is the subject of plastic surgery amongst viewers after she appeared on Red Table Talk.
Image Source: TV Line

Jada Pinkett Smith, who conducts the Facebook Watch show with her mom, Adrienne Banfield-Jones, and her daughter, Willow Smith, said in a teaser:

Olivia Jade felt it was time to speak.

Following her appearance on the show, fans were swift to notice her allegedly unnatural looks. Some viewers soon began speculating about Olivia Jade’s suspected plastic surgery.

We tried contrasting her changing face over the years and it’s fair to say there’s not much of a case to be made for plastic surgery enhancements.

Comparing her before and after pictures, it looks like her beauty is enhanced by makeup and other artificial means rather than by going under the knife.

Until there’s evidence to suggest otherwise, we’re inclined to give the benefit of the doubt to Olivia Jade that she, indeed, has not had cosmetic surgery.

Meanwhile, Loughlin and Giannulli confessed to paying $500,000 to William “Rick” Singer in an attempt to have both of their daughters enrolled at Southern California University.

At the beginning of 2020, the parents opted to plead guilty to federal conspiracy charges. Giannulli finished serving a five-month sentence at the Lompoc Federal Correctional Facility in October.

Loughlin, who is currently serving a two-month prison sentence at the Federal Correctional Facility in Dublin, California, is expected to be released within a few weeks.

It’s been hard, for anybody no matter what the situation is you don’t want to see your parents go to prison but also I think it’s necessary for us to move on and move forward.

What happened was wrong and I think every single person in my family can look at it and be like that was messed up, that was a big mistake but I think what’s so important to me is to learn from the mistake.

She added that she hasn’t spoken to her parents because of the coronavirus protocols.

Olivia Jade Giannulli acknowledged when she was trying out for universities, she was completely unaware of what was going on.

In fact, she was living in a fantasy world where giving a college recruiter money was standard practice.

When it first happened I didn’t look at it and say, ‘Oh my God like how dare we do this?’ I was like, ‘Why is everybody complaining? I was confused what we did.’ That’s embarrassing to admit.

The YouTuber, currently the subject of plastic surgery, admitted she was a pretty talented high school student, but she did not deserve to be in the USC.

I wasn’t slacking in high school. I don’t want to discredit myself to the point where I was like I have all this and I also didn’t care. I really did care.

I was also a very involved student. I think I put a lot of trust into a person that claimed their profession was college counseling and it led me in the wrong direction. It’s not to shift blame it’s just to explain that I wasn’t aware of what was going on.

Olivia Jade revealed she is engaging with youths in the city and wants to keep working with underprivileged children.

Olivia Jade served as a guest at the Red Table Talk this week, where she talked about the fraudulent college admission scandal that saw her parents, Lori Loughlin and Mossimo Giannulli, land in jail.

And in one of the most shocking moments of the interview, she revealed she hasn’t spoken to any of her parents since they were held behind bars.

In case you’re not aware, Loughlin and Giannulli were charged last year after making $500,000 on alleged payments to get their two daughters to college.

Following their arrests, there have been numerous rumors of potential rifts between Olivia and her parents.

Olivia had always openly embraced them on Instagram, but it was never entirely clear whether or not the claims were real.

But in her interview with Jada Pinkett Smith, Willow Smith, and Adrienne Banfield-Norris, Olivia revealed she hasn’t spoken to any of her parents since they went to jail, and she appeared uncertain about what was happening with them.

I actually haven’t spoken to either of them. There — there’s a quarantine phase, just because of COVID, so, I think that is the reason, but I’m not too [sure]…I just haven’t heard anything, so I’m just waiting.

Loughlin was imprisoned on 30th October and is now a month and a half in prison for two months. Giannulli started his sentence on 19th November and is supposed to serve for five months.

Check Out: Melissa Joan Hart’s Plastic Surgery is Trending But is It True?

In the Red Table talk, Olivia stated it was “really hard” not to have any interaction with her mother, but she added this would be a “good reflection period” for her.

I’ve never gone that long without — I’m super close to my parents, especially my mom, she’s like my best friend. It’s definitely been really hard not being able to talk to her. But I know she’s strong, and I know it’s a good reflection period.

And I know that it’s positive, that she’s in there right now. She gets to really rethink everything that happened.

Following the Red Table Talk interview, she was labeled “entitled brat” and destroyed by the co-hosts of The View.