Moneybagg Yo’s Plastic Surgery: Did the Rapper Go Under the Knife? 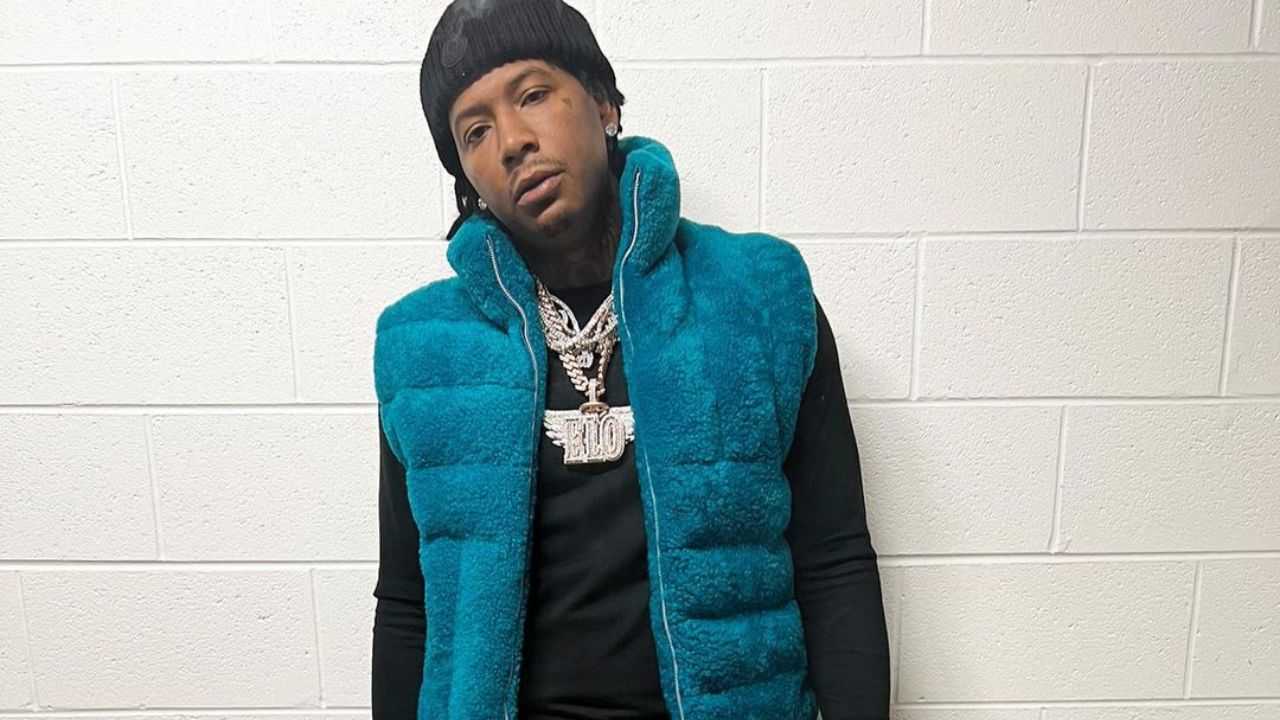 Moneybagg Yo, the American rapper, is rumored to getting plastic surgery. Did his face really slimmed or are people just making up false accusations against Moneybagg Yo?

Immensely prominent, Moneybagg Yo is a professional American rapper. Starting his career in 2012, Yo has dedicated myriads of years to establishing his stable professional field.

Despite getting a plethora of failures and downs, his hard work and diligence favored him at the last, and eventually, Yo has been making a hefty net worth and his number of Instagram followers is up-training tremendously.

Recently, Moneybagg is ubiquitous: from covering headlines to all social media platforms, he has literally become the hot topic for a majority of people.

Although his relationship status is always creating pieces of news, conversely, this time, the situation is quite different. Moneybagg Yo is rumored to have plastic surgery done on his body and face.

Did Moneybagg undergo the cosmetic surgery or is the news just confined to being a rumor? 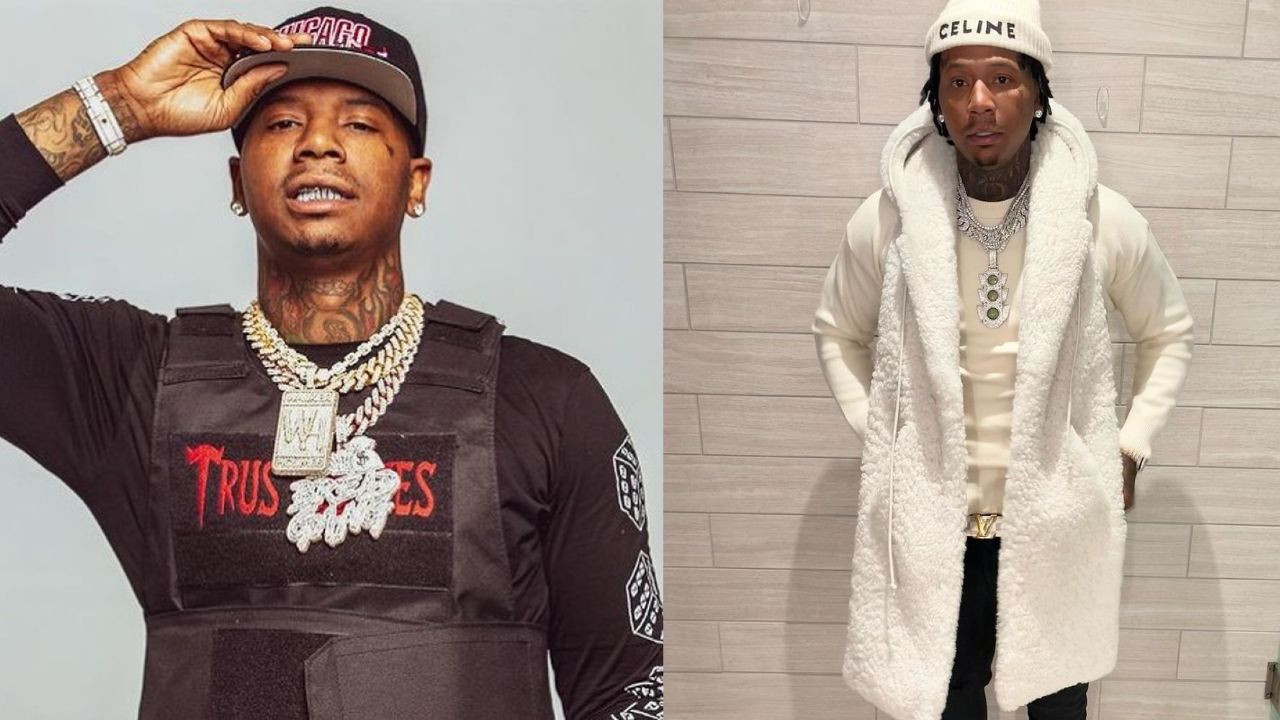 Moneybagg Yo before and after alleged plastic surgery.
Image Source: Weight & Skin

The 30-year-old, American rapper, Moneybagg Yo has undoubtedly added flavors to the music industry and has been receiving love from the audience (despite the recent plastic surgery accusations).

The rapper, Yo has spent exactly nine years rapping, and yes, the universe just didn’t gift him the success overnight, rather, he had to pull up his socks, and confront each and every obstacles and struggle that came to his professional life.

Now that he is quite successful, he is deemed as a popular personality and has a huge number of Instagram followers. In addition, people notice even the smallest bit of difference in his life.

Presently, a scandal has been revolving around him, regarding his plastic surgery. The news commenced spreading briskly when an eminent plastic surgeon, Doctor Desai, posted a photo of him with Moneybagg Yo on his Instagram account, putting the location of Desai Plastic Surgery of Beverly Hills.

This Instagram post wasn’t limited to being just a photo but played a salient role in substantiating Moneybagg’s cosmetic surgery.

While Yo and his girlfriend claimed that he had gone to the hospital to fix his teeth and not undergo plastic surgery, the fans aren’t listening to what the rapper has to say and just adhering to their own opinion.

Notably, Moneybagg Yo looks different from what he appeared in the past as his new teeth engendered in giving him a new appearance. Subsequently, the fans are mocking Moneybagg and joking about how he underwent butt implants and tucked his tummy as a beautiful start to the new year.

Moreover, people have claimed that the American rapper went through liposuction: not specifically a cosmetic surgery but an injection to get fuller lips.

Also See: Mama Elsa Patton’s Plastic Surgery: Have a Look at Her Before and After Pictures!

As this injection is used by a majority of female celebrities, and rare males, the men somehow do not agree on getting that filler. Thus, there are chances that Moneybagg Yo might have gotten a lip filler but talking about his cosmetic surgery, neither his face nor his body looks different.

Moneybagg Yo and Ari Fletcher: A Quick Glance at Their Relationship!

Giving a start to their love life, Moneybagg Yo and his girlfriend, Ari Fletcher have been together for almost 3 years now. Officially, the couple started dating in 2019, however, they met earlier and haven’t disclosed how they caught feelings for each other.

Looking at their love life, it is discernible that both Moneybagg and Ari are made for each other, and have the strongest bonding.

Also Read: Cole Sprouse’s Plastic Surgery: Did He Get a Nose Job?

In addition, Ari has been supportive of her boyfriend, and when people were falsely accusing her boyfriend of plastic surgery, she stood by his side and gave her best in expunging the erroneous information.

Taking the benefit of social media platform, Ari tweeted, “Bagg went to get his teeth done and the doctors work in the same building. Just a picture, relax. Lol”. It is crystal clear that she loves him unconditionally.

Also, the pair have been with each other through every thick and thin: from giving shoulders to lean on to share their bliss.

For now, the couple isn’t engaged but it appears that sooner or later, Moneybagg and Ari will definitely add more love and trust in upgrading their relationship. Also, from past relationships, Moneybagg Yo has eight children: four sons and four daughters.

This might be quite astounding but the American rapper, Yo is a Muslim man, and following his religious norms and values, he doesn’t support family planning and contraceptives.

Do Not Miss: Trevor Noah’s Plastic Surgery: Details of His Lawsuit Against the Doc!

Also, following Islam, Moneybagg quit smoking and drinking and has been clean for years. This elucidates that the rapper is a religious person, and wouldn’t dare to disrespect the religious morales.