Mindy Kaling’s Weight Loss: How Did She Lose Weight in 2022? 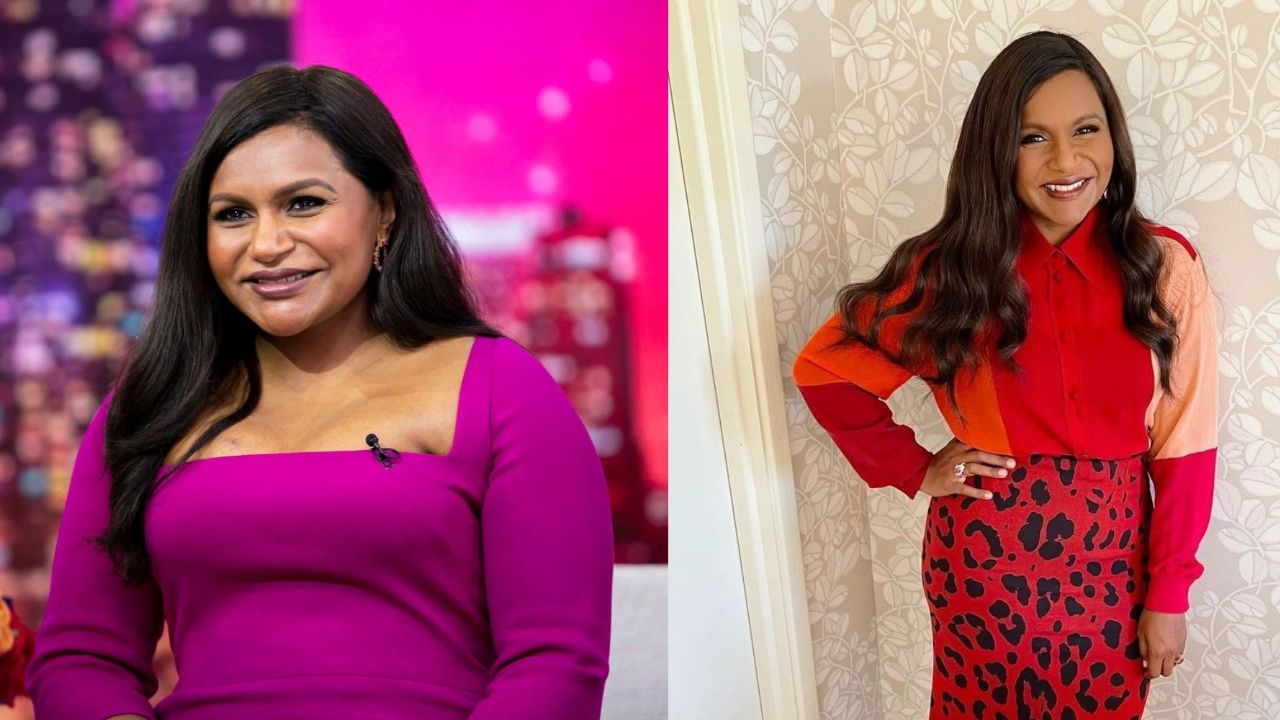 Appreciated for her quirky role as Kelly Kapoor in the famous comedy series The Office, Mindy Kaling is a star worth every recognition. Actress, comedian, screenwriter, producer, director, author, you name it! There’s very less Kapoor hasn’t done! While Mindy Kaling has achieved numerous milestones, her weight loss is something that is getting talked about recently.

Humorous, funny, quirky, and creative, these words are less to describe Mindy Kaling. Whether it’s writing one of the beloved series of all times or acting her best to add more spice, Mindy has always given her best performance no matter what!

One of the empowered woman bosses in the industry, Mindy Kaling is still giving out exceptional works like Never Have I Ever, The Mindy Project, Ocean’s 8, The Sex Lives of College Girls, and many more.

Amidst all these back-to-hits, Kaling’s transformation is something that needs attention. So, here’s everything about Mindy Kaling’s weight loss.

Previously, we touched on the weight loss stories of Tom Hanks and Khloe Kardashian.

Mindy Kaling’s Weight Loss: She Did Not Have to Cut Off Food!

Stunning everyone with her spectacular transformation, Mindy Kaling is creating quite the buzz. Revealing the secret of her weight loss as simple as she could, Kaling is making it easier for all the single working moms out there.

The secret to Mindy Kaling’s weight loss is quite plain yet surprising. After giving birth to her second son Spencer, Mindy had all the time in the world for her maternity rest, thanks to quarantine. As the star revealed to  Entertainment Tonight, it was more than a relief for Mindy to have some time off the camera and criticism and focus on her well-being.

“It was this almost extended maternity leave. I wasn’t going to be on camera, the studios were shut down,” Mindy joyfully revealed how she felt during her postpartum period. The Office star also reflected on her first pregnancy experience, how people had quite a lot to say about her body and how all of it affected her weight.

More on her recent weight loss journey, Mindy Kaling hasn’t been shy at all to show the world her progress. Sharing stunning pictures showing off her curves, Kaling is glowing with her newfound transfiguration.

When asked about the secret behind her phenomenal alteration, Kaling said she did nothing but eat well. She also revealed that a restrictive diet wasn’t the right choice for her but eating all the food she wanted in less quantity was.

“I wish there was something more juicy or dynamic about the way that I’ve lost a little bit of weight, but that’s the way I’ve done it,” says the Mindy Project Star as reported by People.

Also sharing recipes and mini vlogs of food she makes and eats, Kaling’s relationship with food has developed so far along with her mental health status.

Always been an inspirational figure to many women out there, Mindy urges women out there to focus on their well-being without letting the words of the world get on their heads.

What Actually is Between Mindy Kaling and BJ Novak? A Brief Timeline of Their History!

The tale of Mindy Kaling and BJ Novack has been around since their on and off on-screen fling in The Office as Kelly Kapoor and Ryan Howard. Surprisingly enough their real-life story is also similar to their reel life fling.

Back in 2012, BJ said that their relationship dynamics were quite complicated. In an interview with Vulture, Novak said that the couple themselves couldn’t figure out if they were dating or not.

“All you’d know for sure was that you’d always find one of us next to the other, even if we weren’t getting along,” says the star to clarify more on their relationship dynamic.

Their real-life story almost mimicked the pair’s relationship as their characters. Some days the pair would be dating while on others they weren’t really together which thus led to all the complexity.

In an interview with Howard Stern back in 2014, Mindy revealed that she was actually once heartbroken by Novak. She titled her relationship with Novak as “a great love that hurts cause it didn’t work out.”

Mindy Kaling also revealed that she definitely would have married her co-star back when she was 24, however, fate had a different path for the two.

“He is not my boyfriend, but he is not my best friend. I guess you could describe our relationship as a ‘romantically charged camaraderie with loud arguments,’ but I don’t think Facebook would accept this as a new status,” is how Mindy verbalizes her relationship with Novak to InStyle.

“We are pretty inseparable best friends with a lot of chemistry ourselves, and we’re not dating. Whenever we date anyone else, I think there’s a period when the person is very skeptical of our friendship,” the relationship dynamics of the two keep on changing yet fans can’t help but ship reel life The Office couples in their real-life too to this day.