Mindy Kaling Plastic Surgery – Is there Any Truth to the Rumors? Are the Images Real or Photoshopped? 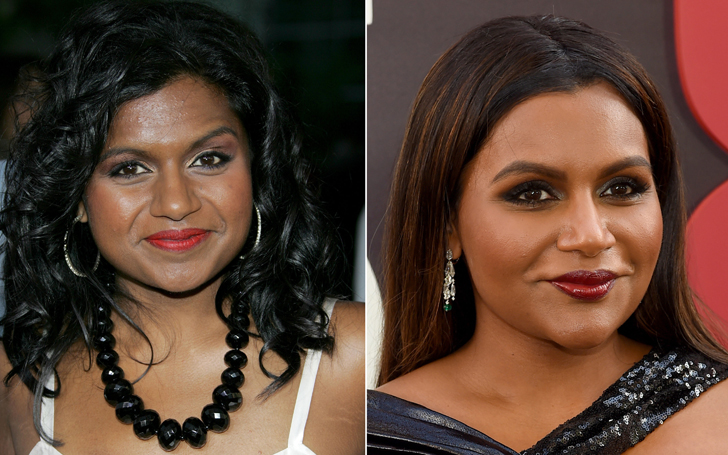 Mindy Kaling is at the top of the world; she is one of the most recognizable South-Asian origin actresses currently working in Hollywood. But Mindy is not only killing it in front of the screen, but she is also a successful producer, writer and New York Times Bestselling author. Well, with success also comes the scrutiny of the masses, and Mindy Kaling plastic surgery has become a real topic of discussion online.

There are Pinterest posts, and some websites have used vague terminology to ascertain if the actress/producer went under the knife. Though some pictures look convincing, there is something called photoshop in our digital world, so we are here to see if there is any truth to the rumor, or it is just something manufactured by people with too much time on their hands.

Mindy Kaling Plastic Surgery – Is it True or only Rumors? 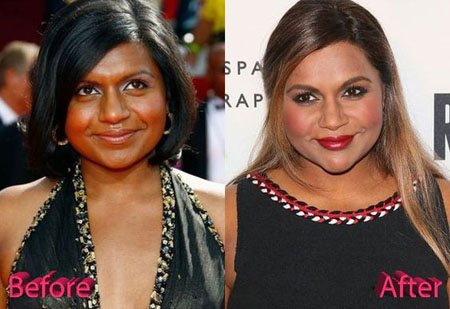 Mindy Kaling has been in the public’s eyes for the better part of a decade and a half. Whether she is playing Kelly Kapoor in the beloved comedy series The Office or helming and starring in her own show The Mindy Project, the actress was part of some pretty recognizable shows. Through the years, the actress has also gone through her own transformation, starting out as a comic and a hungry actor to now being more a creative person and taking care of her first child.

One picture we found on the site show what looks like Mindy’s face put on the body of Taraji P. Henson, photoshopped probably. It seems some pictures are fabricated to look like the actress went under the knife. There are obvious signs of Mindy gaining a little weight, the actress became a mother in December of 2017, but there does not appear to be any sign of plastic surgery. It seems the Mindy Kaling plastic surgery talk online is only a rumor.

In 2018 Never Have I Ever was picked up by Netflix with Mindy Kaling creating the show which features a South Asian girl in a leading role. The show is based partly on her own experiences, born and raised in America but living two lives, one at home, following the traditions of Indian culture, and one at school, acclimating to the western lifestyle.

The series was released on 27 April 2020 on Netflix, and it was a massive success. The critical reception of the show was good, and fans also thoroughly enjoyed the family comedy show. There are also talks the show will return for a second season in the future with the winning cast coming back one more time to appear in Never Have I Ever season 2.

South Asian character representation was integral for Mindy in the project, which is why she put out a casting call for the lead of the show, and more than 15,000 people responded with casting tapes. Maitreyi Ramakrishnan, the actress who stars as Devi in the show, was hired from a field of massive participants, by Mindy and her producing partner.

Mindy Kaling is a Mother of a Two-Year-Old Daughter 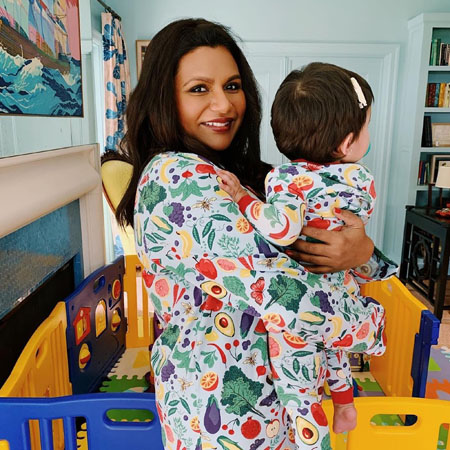 Mindy Kaling is the mother of a beautiful baby girl who was born in December of 2017.
Source: PopSugar

Most people know Mindy Kaling for her role in the hit comedy series The Office, where she plays Kelly Kapoor. She and her co-star in the show B.J. Novak had an on-again-off-again relationship in the show. The same was true for their personal life, the couple dated for a while but called it quits after finding they fought more than they talked.