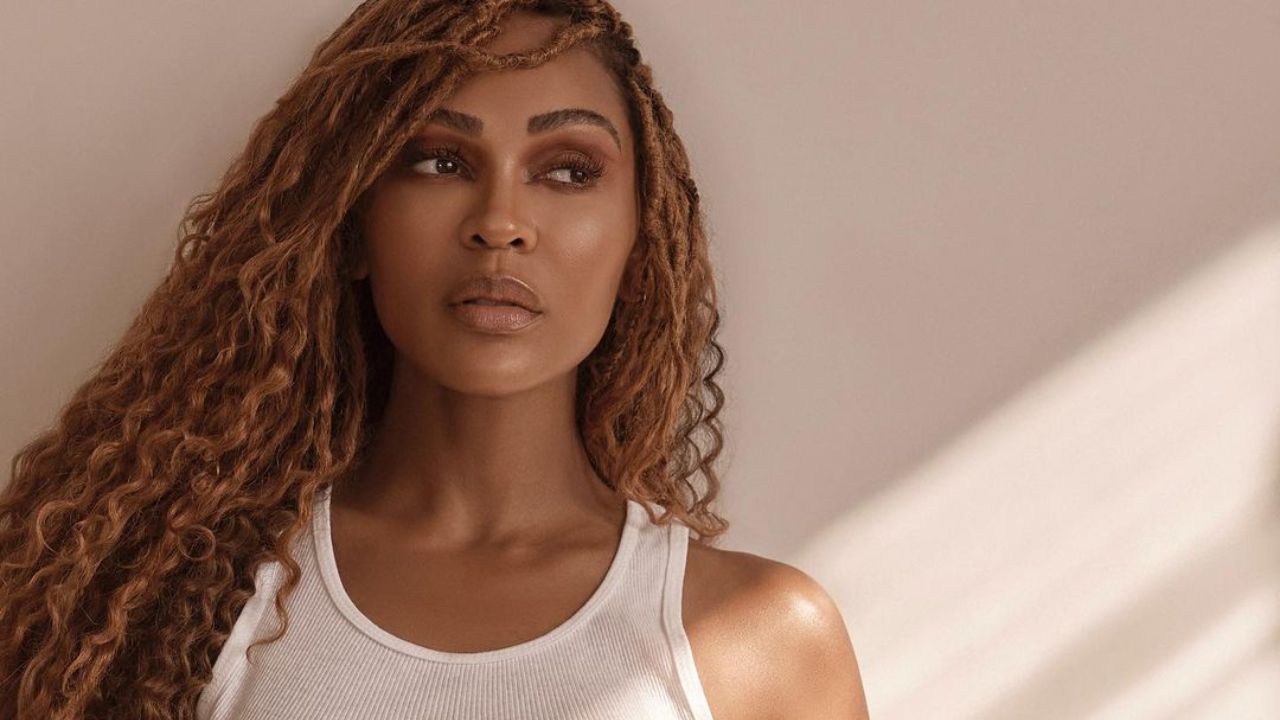 Meagan Good’s plastic surgery includes eyebrows transplant. What other cosmetic procedures has she had? Take a look at her before and after pictures.

Meagan Good is a well-known American actress who broke onto the golden screens of Hollywood at a young age.

Think Like a Man, Deception, Anchorman 2: The Legend Continues, The Unborn, and the DC comic film Shazam! are among her credits that marked her triumph in the entertainment biz.

A very shocking revelation by Meagan with respect to her plastic surgery has been out and no one can stop talking about it.

Going through her 40s looking even better than how she looked back in her 20s, Meagan’s stunning transformation stunned everyone.

Meagan Good’s Plastic Surgery: The Star Has Admitted to Getting One! 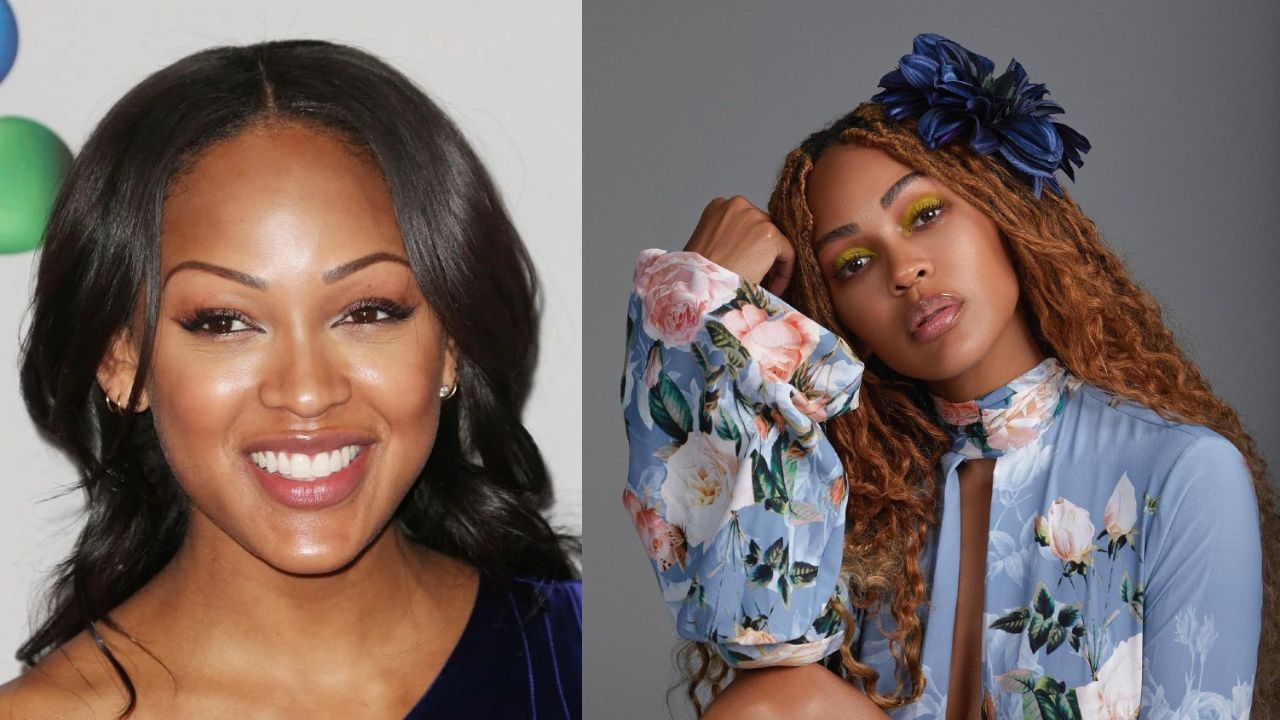 As stunning as she looks now, Meagan Good shared how she struggled with her looks for a long time, primarily because of her eyebrows. Looking back at her pictures, the actress had very thin eyebrows.

Back in 2018, the actress made an elaborate Instagram post explaining her struggles and how she scuffled due to bad eyebrows. She revealed how she began destroying her eyebrows at the age of 19.

Due to overplucking her eyebrows, there was little to no hair left. Thus, the actress resorted to getting an eyebrow tattoo. Unfortunately, the tattoo was too slim and still didn’t look good.

After years of living with bad eyebrows, the Shazam! actress finally went for plastic surgery and got an eyebrow implant in 2018.

In the heartfelt post, Good wrote, “My eyebrows are finally coming along after my #EyebrowTransplant! This has been such an eyebrow evolution journey lol, but finally starting to come full circle ?? Eyebrows like a real little girl ????. No, but seriously after destroying my eyebrows at age 19, I’m over the moon with these results thus far. Special thanks to my guy, eyebrow specialist @DrJasonChampagne ?. And thank you to @DrJasonDiamond ?#Salute !”

An eyebrow hair transplant procedure involves using hair from the back of the scalp to transplant the hair follicles onto the eyebrow area individually.

Also See: Kataluna Enriquez Before Plastic Surgery: Check Out Miss Nevada 2021 Before and After Pictures!

Apart from getting her eyebrow implant, it’s speculated that Meagan Good went under knives many times to enhance her looks. If we were to compare the actress’s pictures before and now, she looks quite different.

But let’s also consider the fact that it’s her eyebrows that completely changed her looks. A very recent picture shared by Meagan on her Instagram raised many “eyebrows”, making people wonder if she recently got any procedures done.

It’s believed that the actress performed breast enhancement surgery to enhance them. Breast augmentation is one of the most performed surgeries by female celebrities and it’s actually quite common these days.

Looking snatched even in her 40s, Meagan could have gotten a facelift as well. In addition, botox and fillers could also be some extra procedures she got to maintain her youthful and flawless beauty.

Other than those, her facial features appear almost the same with no significant changes. With her recent weight loss and fitness saga ongoing mixed with professional makeup and edits, the star’s transformed and stunning look made many wonders if she had plastic surgery.

Meagan Good’s Fitness Saga: What Does the Actress Do to Keep Herself in Shape?

Appearing slimmer than before, Meagan Good has been into fitness a little too much lately. Changing her lifestyle for the good, the actress can also be seen encouraging her followers to work out and eat healthily.

She left many stunned and speechless with one of her recent pictures. So, here’s all we know about Meagan Good’s fitness and workout routine.

Do Not Miss: Piper Perabo’s Plastic Surgery: Did the Yellowstone Star Go Under the Knife?

Straight up hitting the gym and ultimately turning into a fitness freak, it can be accepted that Meagan is in her best shape now. The actress has shared multiple workout challenges and tips on her Instagram highlights.

Meagan is actively inspiring her fans by encouraging them to follow her program and take on the challenge. She also uses her Instagram accounts to provide suggestions on how to live a healthy lifestyle through Instagram Live.

The motivation behind her intense fitness and weight loss spiel; the desire of the actress to have kids. She wants her body to be fit for her children thus being motivated to lose weight.

Along with that, the actress revealed she wants to be in action movies thus maintaining her figure for amazing roles. Meagan has been sharing her entire weight loss journey on her socials, also revealing that she began working out since being offered a role in Shazam!

Check Out: Diane Sawyer’s Plastic Surgery: What’s the Secret to Her Everlasting Beauty?

Following her strenuous workout, the actress devised an intriguing food plan. She lost a substantial amount of weight because of intermittent fasting along with incorporating detox and high-carb foods into her daily routine.