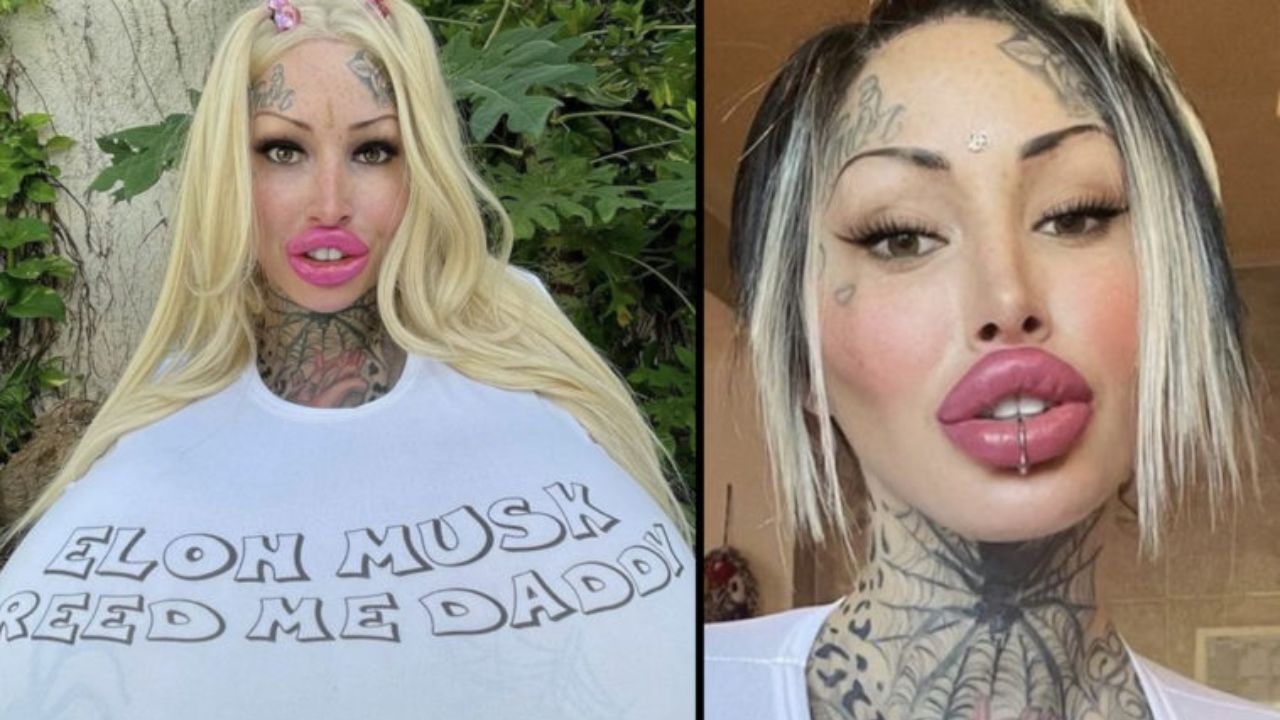 Mary Magdalene is a well-known and popular model who is well-known for her plastic surgeries. The model discussed her strict upbringing, surgeries, and future surgical aspirations in an episode of the No Jumper podcast.

She’s been criticized by social media users previously for her numerous surgeries, and now she’s back in the spotlight and on the internet for yet another surgery on her body.

Many people were also confused by her organic photographs. In this post, we’ll examine who Mary Magdalene is and her most current appearance.

Previously, we touched on the plastic surgery efforts of Stassie Karanikolaou and Chloe Kim.

Who is Mary Magdalene a.k.a The Plastic Surgery Addict?

Mary Magdalene (@1800leavemaryalone) is a Canadian internet model. Her extensive surgery and modification procedures – in almost every part of her body – brought her to recognition. The world has gone mad about the healing possibilities of their bodies.

People increasingly get facial and body procedures to make them look more attractive and gorgeous. As a result, Mary has had everything from facelifts to breast procedures, botox to liposuction. She has, however, attained the peak of plastic surgery after getting surgery in her private region.

Mary Magdalene underwent vaginal surgery to get the “fattest vagina in the world”, as she describes it. Surgeons injected fat from other sections of her body into her vaginal canal.

The procedure had several difficulties, and one side of her vaginal wall continued to expand, causing her a lot of pain and requiring another surgery. This hasn’t stopped her from having further procedures in the future, as she underwent another boob job and claims it to be the “world’s largest boobs”.

On the other hand, the model said that she has always wanted to try out different beauty brands. As a result, she decided to enhance her physical characteristics with a combination of surgeries, fillers, and botox. Magdalene claims to have worked on every single part of her body.

As a consequence of the surgery, Mary Magdalene now has a very curvy figure with a squeezed waist, enormous lips, listed brows, and a variety of other features. Her body is also covered with several tattoos. Magdalene professes to be proud of herself, despite the reactions she receives from strangers.

Mary Magdalene, a Social Media Star Who is Addicted to Plastic Surgery, Shows Off Her Latest ‘Barbie Appearance’

The severely tattooed Toronto model had her first cosmetic treatment when she was 21 years old, and she had 5,000cc breast expanders last year to enlarge her already massive 38J cup size.

Mary Magdalene has already spent £75,000 on cosmetic surgery, and she uploaded a selfie of herself on Instagram over the weekend with her face swollen and bandaged following her most recent treatment.

In a brief clip, she said, “My top lip is still not f***ing moving at all from the surgery! It’s still swollen from the nose surgery, so even talking is weird.” Despite her discomfort, everything seemed to have gone according to plan for her, and she claimed that it looked perfect.“It’s a very fake-looking Barbie nose which is exactly what I asked for, and so many surgeons said it was not possible for me to have this type of nose because of my three prior nose jobs.”

Mary has had a brow lift, fat transfers, many nose and breast procedures, veneers, liposuction, butt injections, and three Brazilian butt lifts throughout the years. She apparently traveled to Russia for the most recent surgery since she couldn’t get them done in the United States.

She also indicated that further surgery is on the way. Mary Magdalene captioned her Instagram post with the caption, “Next week I have my eyebrow transplant, jaw and lips booked then my face will be complete,” she captioned the picture.