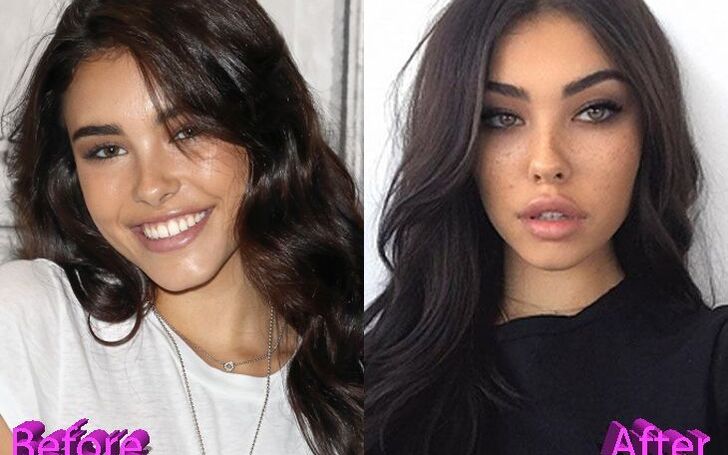 Social media sensation Madison Beer recently took to TikTok to refute all the claims that she had plastic surgery – but fans somehow do not believe her.

The 21-year-old singer is under scrutiny after a number of people said she was not being honest about getting plastic surgery.

Madison, who has almost 20 million Instagram followers and 11 million fans on TikTok, vehemently denies the rumors, and some fans are not pleased about it. 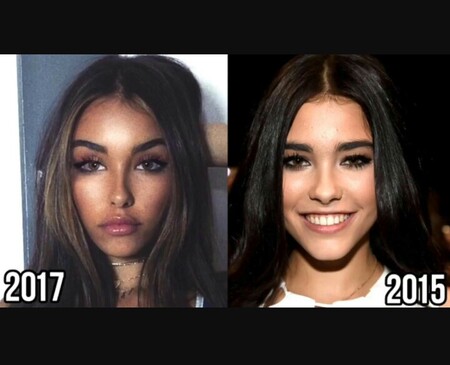 Madison Beer before and after alleged plastic surgery.
Source: Reddit

The social media personality has been part of the continuing discussion about whether or not she has undergone plastic surgery.

Many people are persuaded to believe Madison Beer transformed her face, stating she appears really different from her old pictures. But others argue it’s just because she’s changed as she grew up.

Back in 2018, a Reddit user shared a picture on ‘Botched Surgeries’ subreddit implying she used to look much better before. In the comment section, one user wrote: “Her original nose was really nice. Very symmetrical, and it fit her face well. The new one looks wonky, especially around the nostrils.”

Another wrote: “ugh. I’m so tired of this ‘Instagram model’ look that everyone is trying to achieve! overly big lips, tiny nose, fade eyebrows, etc. it’s just so overdone, and all these girls are starting to look like cookie-cutter women.”

The third claimed, “She seemed happier in 2015….. I noticed when people get their lips done a lot, they tend not to smile as much anymore.”

#madisonbeer goes on live to explain plastic surgery rumors and says only thing she’s got done are her lips which have since been dissolved! pic.twitter.com/y4qEWr1GZp

In the past few months, Madison Beer went live on TikTok on several occasions and refuted any claims that she has undergone some plastic surgery procedures.

She talked about the rumors and explained that she had lip fillers years ago, but then she attended a movie premiere and realized that she did not like the way it looked, so the filler was eradicated.

The singer said, “that’s literally all I’ve ever done,” revealing she has never had any other form of plastic surgery.

Madison also discussed how her appearance changes when she does her hair and makeup, telling people to be aware that “social media is a facade,” and individuals look different online.

Despite Madison Beer’s reluctance to admit any form of cosmetic surgery, many people are still suspicious because she was reportedly captured hiding from paparazzi while standing outside the plastic surgery center.

The photo shows the name ‘Epiome’ behind her, the famous cosmetic surgery clinic in Beverley Hills. Madison, meanwhile, continues to refute the allegations.

After months of online ridicule from TikTok users condemning Madison Beer for modifying her photos without complete disclosure, the singer took a short break from the platform. Later, the same criticism began to bubble to the surface on her full-body Instagram post, which the followers claim she Facetuned while failing to acknowledge it.

Among the outspoken critics was TikToker Katie Kelly, @girlwithgreenbeanie, who conveyed her rage in a profoundly moving video, shouting at the camera that Beer “setting unrealistic body and face standards for young women …” and thus adding to the health and eating disorders cycle in young followers. “You are lying to your fans.”

Madison, who usually talks about self-acceptance on the internet, went live on TikTok to defend herself, saying, “Guys, I got my lips done when I was younger and I fucking regretted it, and I hated it, and I got them dissolved. This is literally my fucking natural face … I’m about to start crying, bro.”

In the clip, she points out her lips look different when she smiles from when she pouts, asking, “How does that work? Did I just get a nose job in two seconds?”

The videos have been taken down since then, and it seems that the two made up after a phone call.