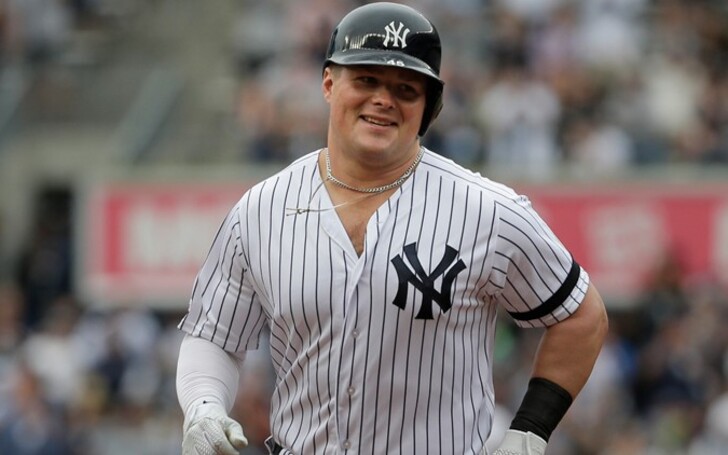 Grab all the details of Luke Voit’s weight loss journey. Did he undergo surgery or followed some strict diet?

The first baseman for New York Yankees in the MLB, Luke Voit, is recently the subject of massive weight loss curiosity amongst fans.

What’s the deal with the baseball star’s change in physique? How many pounds did he lose? Did he undergo surgery or followed some stern diet? Let’s find out.

Luke Voit dumped 13 pounds of body weight after Spring Training closed on March 12th. He used to weigh 255 pounds before the coronavirus pandemic and the subsequent lockdown, coming out looking much slimmer after the restart.

“My wife [Tori] did a great job cooking,” Luke Voit told Major League Baseball. “It was not a lot of carbs, mostly meat and vegetables. I quit snacking late at night, and I brought a lot of cardio to the table too. It was just being strict and not having as many cheat meals on the weekends.”

Luke Voit primarily kept to his fitness schedule. He performed two days of aerobic training a week at his house in Wildwood, Mo. He also initiated his weightlifting workouts with a one-to-a 1 1/2-mile run day in day out.

“I wanted to be really clean, just to be a little bit quicker for this year, ‘ Voit said. ‘It worked out really well.”

Luke Voit’s proper diet program and fitness schedule show the progress during the lockdown and after restarting the MLB season, he looked fitter. He’s a bit leaner now than he was before, and now he is hoping that his new physique will improve his game.

Yankees slugger Luke Voit was terrified the first time he was struck by a pitch from Colorado’s Chad Bettis. Voit recalled Giancarlo Stanton’s jaw was fractured by Mike Fiers six years ago.

“I thought broken jaw. My teeth were going to be all scattered everywhere,” Voit said. “I grabbed my face. So I was like, `Oh, oh.’ But then, it wasn’t as bad as I thought. Just a scary thing.”

His jaw was “super sore” when he woke up, but there was just a touch of swelling after icing. He said it looked as though he had been punched, and there was a small wound in his jaw. The concussion tests came negative.

Much of the impact of the 91 mph pitch had been lost as the ball whizzed Voit’s shoulder. He was also able to turn his face a bit.

“I dodged a bullet, got lucky,” said Voit, who tried on a protective chin strap on his helmet prior to the next match.

Luke Voit got engaged to Victoria Rigman in October 2017. His younger brother, John, played college football as a defensive tackle for Army Black Knights. As a kid, he supported St. Louis Cardinals in Major League Baseball.

Luke Voit went to Lafayette High School in Wildwood, Missouri. During his first three years, he featured for Lafayette’s baseball team as the first baseman and third baseman, followed by his senior year as a catcher. Meanwhile, he played as a fullback and middle linebacker on the high school football squad.