Lisa Rinna Plastic Surgery – Learn All the Details About Her Signature Lips and Augmented Breasts! 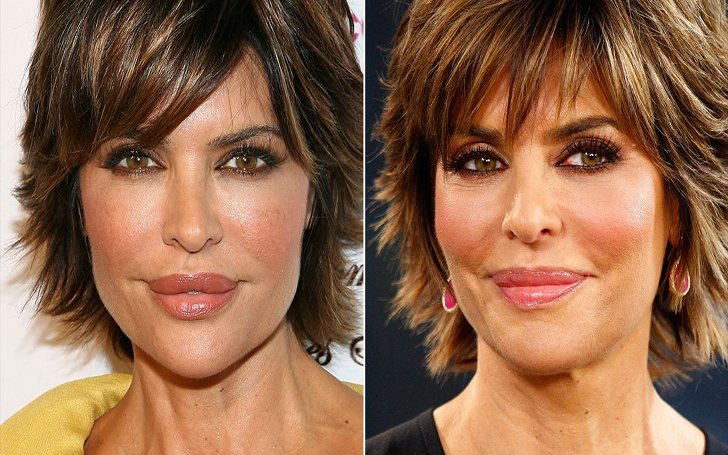 For people who watch reality TV, Lisa Rinna is a familiar face, she’s been part of Days of our Lives and also the Housewives series on Bravo. Also, the people who have seen the reality star over the years probably know about Lisa Rinna plastic surgery. There is no denying one of her signature looks in Hollywood was Lisa Rinna and her puffed up lips.

The actress is now 56 years old, and she gives the credit of her successful career to her lips. She said in an interview how she did not have a career before her lips, and now she is a successful fashion designer and television personality. The actress career started in 1985, but she only started to come into the limelight after 1988 when she decided to get some work done on her lips.

Well, it was the lips, which brought attention to the actress, but all attention was not the good kind. She was ridiculed for her look, and online bullying is not something we need to explain to people. Plastic surgery brought both fame and scrutiny, which was one of the reasons why the actress decided to reverse the work done to her lips. 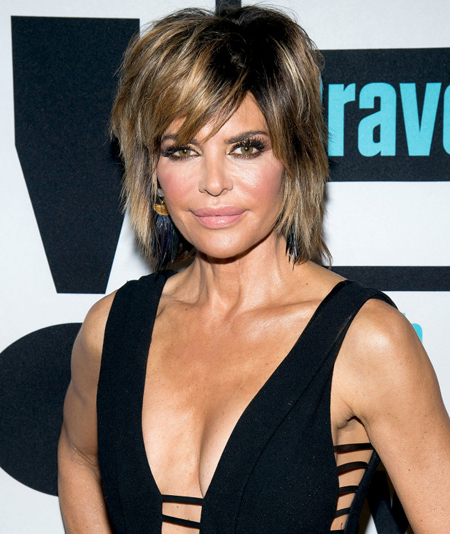 The year was 1988, Lisa Rinna had been in show business for about three years then, but it was the movie Beaches which changed the way Lisa looked. After seeing the actress Barbara Hershey and her pout in the movie, the actress and her friend decided to get lip fillers. Well, not the temporary ones, Lisa Rinna put permanent silicone fillings, and it was something she kept for over a decade.

Most people probably only know the actress with her plump lips, which appeared unnatural, and it was something she was proud of when she got it first. They brought out a distinct feature on her face, which was recognizable and also memorable. The lips were the feature she needed to get the jobs she wanted, and her looks opened doors for her, which is why she attributes her career to her lips.

The reality star not only got work done on her lips, but she also used plastic surgery to get her breasts augmented. Lisa Rinna plastic surgery took her the route of breast augmentation surgery. It was rumored the actress got the surgery again, recently, but there was no confirmation of the rumor.

Well, changing the natural look of a person’s natural features is sometimes going to have a negative impact on the body. Lisa Rinna got her lips puffed up at an early age, and starting out; they were a blessing for the actress. Lisa said she could not stop looking at her lips, but with time came the complications of her choices.

Lisa Rinna said her lips started to go solid, silicone was sipping out of her lips, and the prolonged use of the product caused scar tissue to form on her lips. It was not about looking good anymore, the lip enlargement surgery was causing her real problems, and she took a decision to side with her health instead of just going along with the surgery.

Also Read: Mindy Kaling Plastic Surgery – Is there Any Truth to the Rumors? Are the Images Real or Photoshopped?

Soon the actress decided to get lip reduction surgery, which brought out the looks we’ve seen the past few years. Lisa got the permanent enlargement removed from her lips, and she is happy now that she trusted the doctor. She said people can see her teeth now when she is smiling, and it is making her smile even more.

Lisa Rinna is married to her husband, Harry Hamlin, and he was also happy to see his wife smiling. He said the change was not a sudden one, it was a gradual process, which helped him get comfortable with her looks, and he was happy to his wife make the decision for her health.

Lisa Rinna has been the victim of bullying for a long time, and she’s been used to the vitriol of the internet over time, which is why it seems some people are shifting their focus to her daughter Amelia Gray Hamlin. The teenage daughter of Lisa is also a model, and the comment section of her Instagram page can sometimes become nasty.

There was one person recently who called her breasts fake and commented her lips looked akin to fish, followed by comments of how her mother taught her well. Amelia did not hesitate to clap back as she told the troll that everything was god-given, and because of her age, even if she wanted to, she would not be allowed to get any kind of plastic surgery.