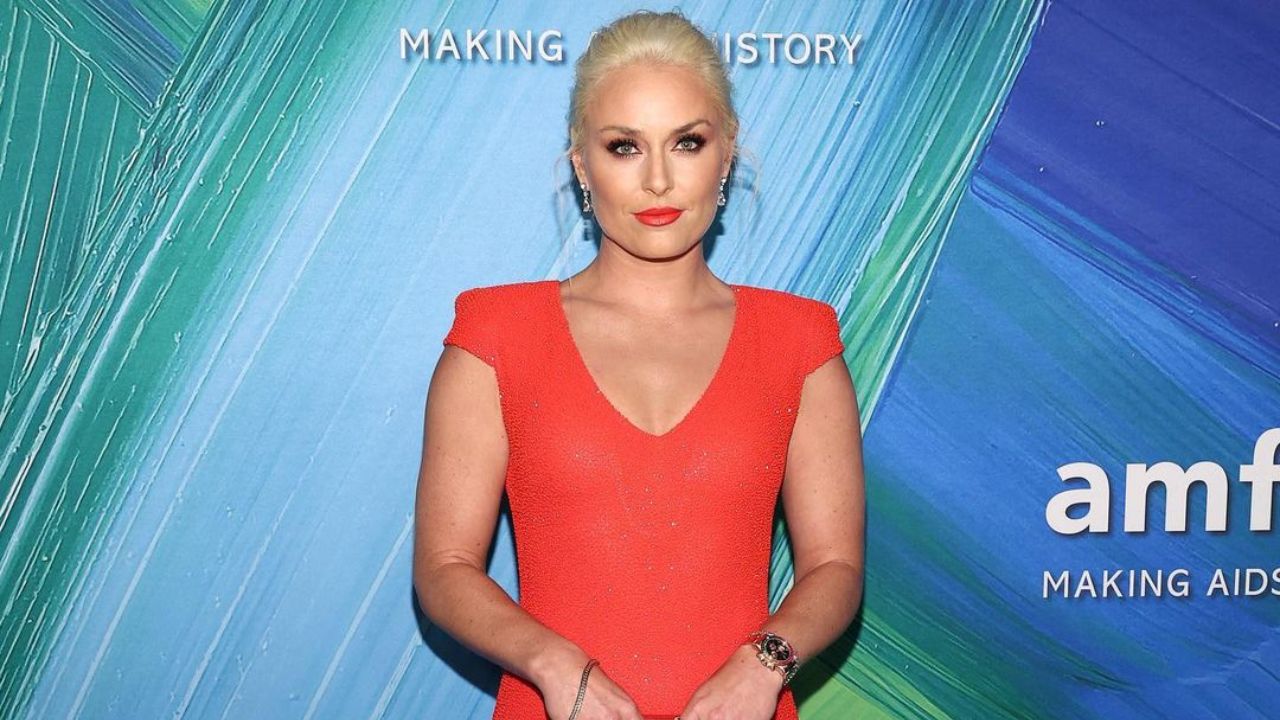 Grab all the details of Lindsey Vonn’s plastic surgery, which allegedly includes some dental work, too. Take a look at the ski racer before and after the cosmetic transformation.

One of only two female skiers to ever win four World Cup overall championships, Lindsey Vonn is surely America’s favorite World Cup alpine ski racer. Former member of the US Ski Team, Vonn has set a mark in the sports realm with her extraordinary record.

One of six women to have won World Cup races in all five disciplines of alpine skiing, Lindsey is living in the hearts of sports fanatics.

Not just talented in her sports, Lindsey Vonn has mesmerized many with her beauty and thus the speculations about her getting plastic surgery is not a new thing to be flying around. So, here’s everything we know about Lindsey Vonn’s plastic surgery!

Previously, we touched on the plastic surgery efforts of Sydney Sweeney and Josh Flagg.

Lindsey Vonn’s Plastic Surgery: What Cosmetic Procedures Has the Ski Racer Got Done? 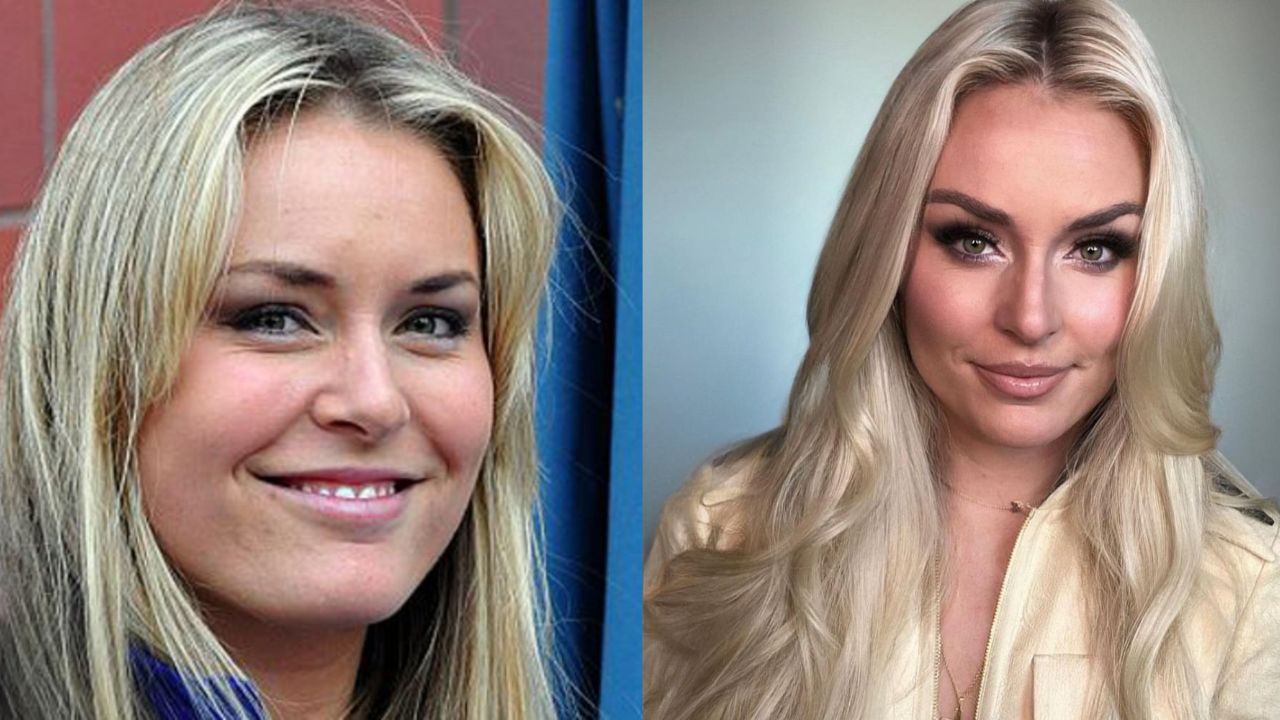 As bold and daring as she is, Lindsey Vonn possesses a positive outlook towards her body. Time and again shamed for how her body looked, the Olympic skier openly embraces her body and has also claimed to she hadn’t had plastic surgery of any kind on her body. Once criticized how her body looked in a swimsuit, the star athlete was quick to clap back.

In an Instagram post, she exclaimed how even as an athlete, there are ruthless comments on their body. She goes on to write, “I’m a normal person and sometimes I slouch, my stomach folds over, my cellulite shows on my butt, or I don’t fill out my swimsuit top just right. But, I always remember how my body has helped me achieve amazing things in my life and I am proud of how strong I am.”

She then strongly added, ” No Botox, no fillers, no mini surgeries. Literally nothing. I am 100% natural and 100% Lindsey.”

Preaching loudly on body positivity, Lindsey Vonn wants the culture of body positivity to grow strongly. In an interview with People, she shared, “I don’t have tolerance for that kind of stuff anymore,” she says.

“Body image has always been a thing for me, but over the last seven, eight years, I’ve developed a thicker skin. I couldn’t block [the haters] out entirely until I loved myself. Now I’m able to stand up for myself and just be unapologetically me.”

While her body is all-natural and never touched by blades, her face on the other hand also became part of the plastic surgery speculation. An open and transparent celeb, Lindsey Vonn has shared the dental cosmetic procedures she went through.

In an Instagram post, she shared a video of her getting new teeth with the caption, “I got new teeth ? thx Dr. Dorfman ??? CAUTION ? …some gross content ???‍♀️” Her smile makeover could be counted as a cosmetic dental procedure, which is common among many celebs.

Apart from the dental surgery, no rumor of other plastic surgery procedures has been out on Lindsey Vonn. If we are to compare the pictures of the Olympian from her youth and present, her features look similar with no drastic difference. This indicates that Vonn may not have performed any facial feature-altering plastic surgery.

The athlete’s honesty and transparency shutter many mouths and she has ever since been glowing and looking effortlessly timeless. Only Lindsey knows the secret to her youthful beauty!

A Brief Look at Lindsey Vonn’s Career: This is How She Became USA’s Favorite Ski Racer!

Meeting Olympic gold medalist ski racer Picabo Street at the age of 9 was what young Lindsey Vonn needed to draw the path of her life! Vonn’s story makes it seem as if she is born to be a ski legend as she is.

Initially taught by her grandfather, Don Kildow, to ski, Lindsey began skiing as a child through her family vacations. The star athlete had skied all year in Minnesota, Colorado, and Oregon by the age of seven.

Lindsey Vonn’s career kickstarted when her family moved to Colorado to ski exclusively at Ski Club Vail. Lindsey then went on to climb through the ranks of the U.S. Ski Team, eventually making her World Cup debut at age 16. Vonn’s performance was much appreciated and she was placed sixth.

When Vonn participated at her first World Championships held in Bormio, Italy, she finished fourth and was ninth in super-G. On her second Olympic debut, the star skier attained the second-best time in the first practice run yet crashed in the second training run for the downhill race.

Her stout-hearted performance earned her U.S. Olympic Spirit Award as well. She also received her first “big race” medals with silver in both downhill and super-G at the 2007 World Championships in Åre, Sweden.

From 2008 to 2010 Lindsey Vonn set a record for winning the overall World Cup consecutively. Through bruises and wounds, Vonn not just won games but also the hearts of many sports fanatics thus gaining herself the image she has today!