Linda Evangelista’s Botched Plastic Surgery: How Does Her Face Look Now? Before & After Photos Examined! 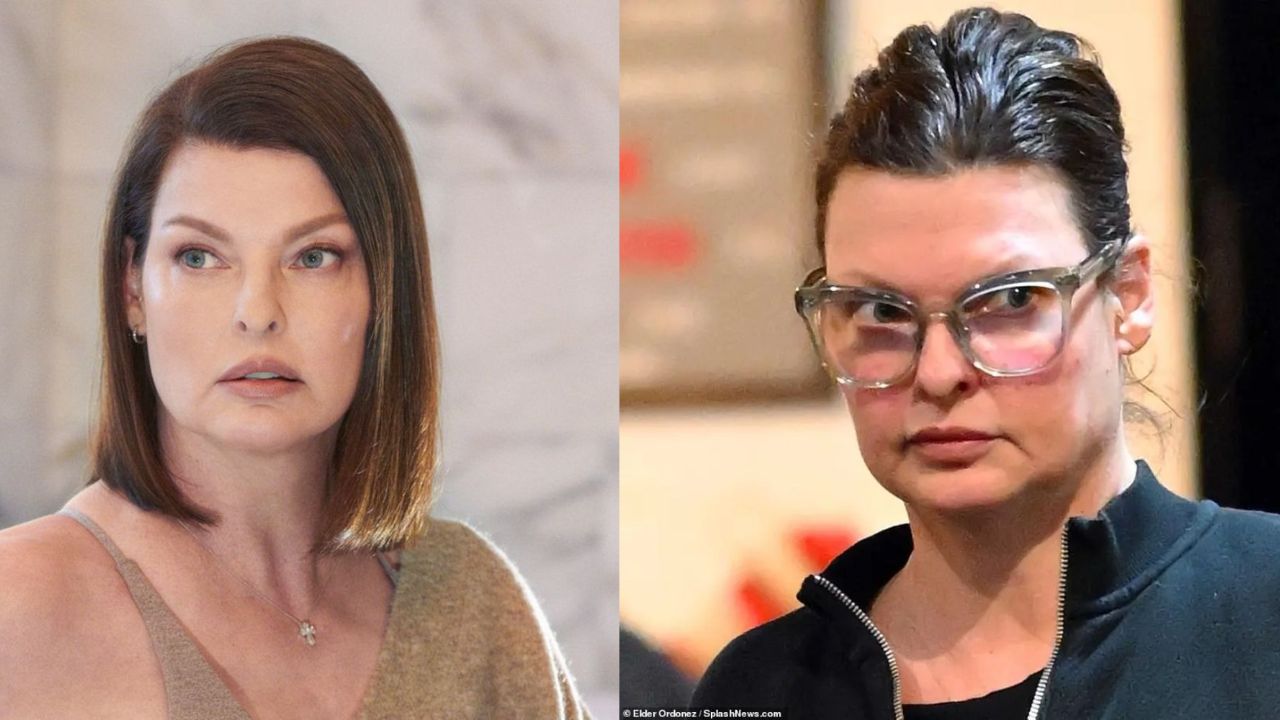 Linda Evangelista is no longer disguising her body after a botched plastic surgery allegedly left her horribly disfigured. The 57-year-old former model claimed that after seven rounds of botched plastic surgery and a fat-freezing treatment, her fat cells multiplied rather than reduced, leading the regions she wished to minimize to become larger and more difficult to shrink. She now makes her appearance in public hiding her face. Follow to know more about her with her before and after photos.

Linda Evangelista (born May 10, 1965) is a Canadian fashion model who rose to prominence as one of the top supermodels of the 1990s. She is regarded as one of the most accomplished and influential models of all time, having appeared on over 700 magazine covers. Evangelista is best known as the longtime muse of photographer Steven Meisel. She holds the record for the most Vogue Italia covers, all of which were shot by Meisel.

Linda was a top supermodel in the 1980s and 1990s, appearing on the covers of various magazines. She was a fashion innovator who inspired fans to wear her short hairdo, which was also known as The Linda. However, Linda retired from modeling in 1998 after a successful career, only to return three years later to model intermittently.

In September 2021, the mother of one sued CoolSculpting‘s parent firm, Zeltiq Aesthetics Inc., for $50 million in damages, saying that the unusual side-effect was a risk that hadn’t been disclosed to her prior plastic surgery treatments.

The Vogue cover star claimed that she had been brutally disfigured by Zeltiq’s CoolSculpting technique, which she claims accomplished the opposite of what was promised by increasing rather than decreasing her fat cells after seven sessions. Here is all you need to about Linda Evangelista’s botched plastic surgery.

Previously, we touched on the plastic surgery efforts of Joe Walsh and Priscilla Presley.

Linda Evangelista Appears Unrecognizable Following a Botched Plastic Surgery: Here Is Why the Former Model Hides Her Face Now; Before & After Photos Examined!

Linda Evangelista (@lindaevangelista) told out about her five-year hiatus from the spotlight in an Instagram post claiming she’d taken a break after becoming permanently deformed and unrecognizable as a result of a botched plastic surgery. Linda does not appear to have been seen in public for several years before revealing her health problems to the world.

In her lengthy article, the Canadian model claimed that she had suffered an uncommon side effect from the fat-reducing treatment CoolSculpting, which claims to reduce fat cells. However, Evangelista’s botched plastic surgery apparently backfired and enlarged her fat cells instead, leaving her horribly disfigured.

Linda Evangelista informed followers she’d experienced paradoxical adipose hyperplasia (PAH) as a result of the medication, which she claimed she was unaware was a probable side effect before receiving it.

In addition, Linda reported that after her doctor contacted CoolSculpting about her PAH, the firm offered to make it right by paying for liposuction to repair the damage. The model claimed in her lawsuit that she was told the corporation would only pay for the treatment if she signed a confidentiality agreement. She rejected and paid for the first of two full-body liposuction operations in June 2016.

Linda Evangelista claimed she’d already undergone two painful, unsuccessful corrective surgeries to try to correct the botched procedure, while also telling her followers that PAH had not only destroyed her livelihood but it had also plunged her into a spiral of deep sorrow, terrible sadness, and self-loathing. Furthermore, she prepared a lawsuit in an attempt to relieve herself of her embarrassment, as she wants to be able to go out in public again despite no longer looking like herself.

Linda Evangelista has kept a low profile and hardly allowed the public to see her face after undergoing plastic surgery five years ago, which resulted in highly rare adverse effects. The 57-year-old has shared a few photos of herself on social media, but her face is frequently disguised by hats, sunglasses, and headscarves. Comparing her before and after photos, fans have noticed a difference in the supermodel’s appearance after the surgery.

Linda Evangelista was married to Gérald Marie, the president of Elite Model Management, from 1987 to 1993. She was also engaged to actor Kyle MacLachlan from 1995 until 1998. She initially met him on a Barneys New York photoshoot. Furthermore, she went on to romance French athlete Fabien Barthez, whom she dated on and off until 2002.

However, Linda then gave birth to her sole child, Augustin James, in October 2006. She originally refused to identify the identity of her father’s son, but court filings later showed that François-Henri Pinault, a millionaire Frenchman, was the child’s father. She dated for four months between 2005 and 2006.

In 2009, Pinault married actress Salma Hayek. And, the co-parents gained media attention for their high-profile child support court battle, which concluded in an out-of-court settlement in 2012. Additionally, Linda Evangelista has tried to maintain a low profile since her retirement from modeling.