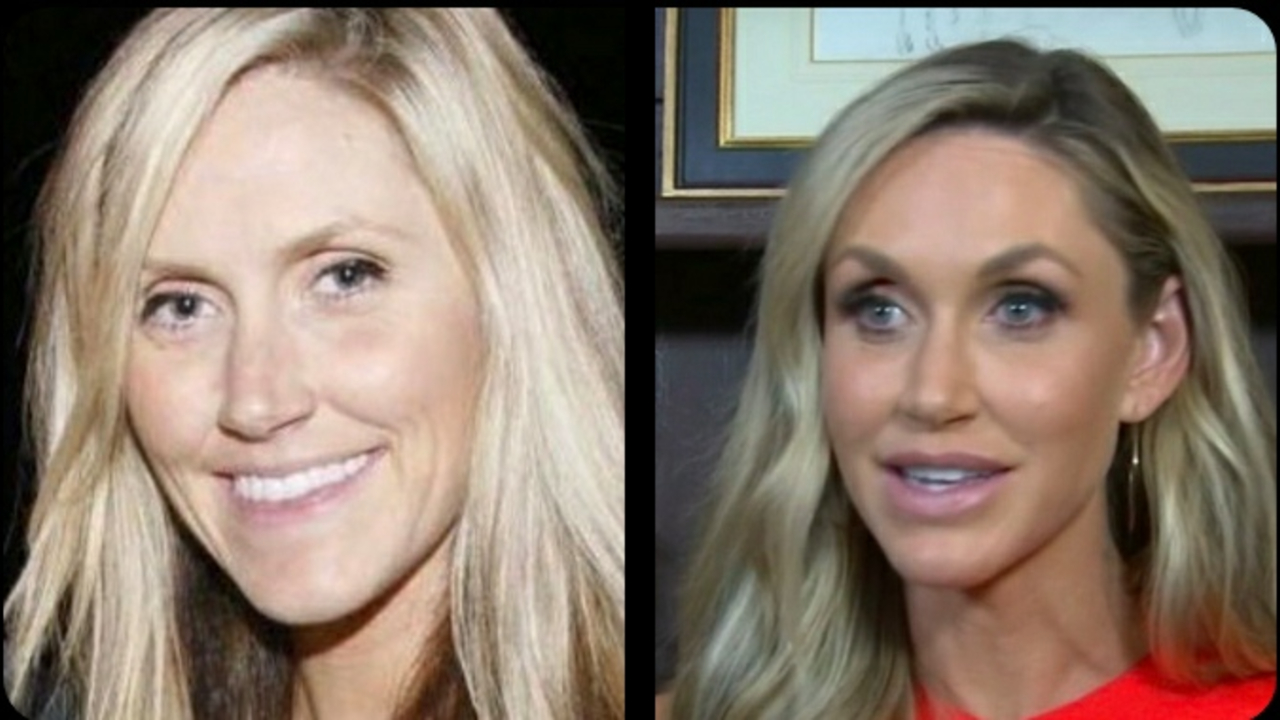 Wife to Eric Trump, the son of President Donald Trump, Lara Trump used to be a TV producer while she is currently serving as Donald Trump’s campaign advisor. She and Eric share two kids, son Luke and daughter Carolina Dorothy.

As a part of the POTUS’s campaign staff, Lara is estimated to earn $180,000 annually for her consulting services.

Lately, fans appear keen to speculate on Lara Trump’s alleged plastic surgery procedures. Is there any truth to it? Let’s find out.

As per freelance writer, Sheryl Canter for Medium, she did in-depth research of all the potential plastic surgery of each of the ladies in Trump’s life.

Even Trump’s California golf club staff called Trump out over his supposed skewed perception of beauty. Hayley Strozier, director of catering at the club until 2008, said in a sworn statement:

I had witnessed Donald Trump tell managers many times while he was visiting the club that restaurant hostesses were ‘not pretty enough’ and that they should be fired and replaced with more attractive women.

Speculation as to why anyone has had plastic surgery is an ethical argument. Jared Kushner‘s “haunted doll” look has inspired several critics to raise questions. Today, concerns were raised about Lara Trump.

Lara Trump is only 38?! Oh honey, stop with the plastic surgery. It's not doing you any favors. pic.twitter.com/DhUhV0hasQ

Lara Trump has not openly confessed to getting plastic surgery, and there is no official confirmation she’s had one. However, this hasn’t discouraged Twitter users from debating it.

JFC, Lara trump. Botox much? Her lips look like two pink Naugahyde couches slamming together. How much plastic surgery for the #TrumpCrimeFamily have we, the taxpayers, paid for over the last four years? pic.twitter.com/bhGIFFQUUC

Seriously? Have u SEEN the trump tramps?? Botox, lipo, fillers, face lifts, boob jobs, hair extentions & their hair & make-up ppl who travel with them (u don’t really think they do that stuff themselves do you, silly?) oh & don’t forget all the designer clothes. 1.2mil per tramp.

Here's Jake Tapper ending an interview with Lara Trump after she tries to diagnose Biden as being in cognitive decline. I should mention that while Lara is playing psychologist on TV, her degree is in pastry arts. Seriously. pic.twitter.com/JDkCBMRrwp

Lara Trump made offensive statements about Joe Biden at the Women For Trump event in Iowa back in January.

Every time he comes on stage or they turn to him. I’m like, ‘Joe, can you get it out? Let’s get the words out, Joe.’ You kinda feel bad for him.

Sanders posted a tweet beginning with 15 I’s, followed by the phrase “have” written with three H’s. After being unmercifully attacked and called on Twitter, Huckabee apologized.

CNN host Jake Tapper confronted Lara Trump and questioned her about her statements relating to Women For Trump. His concerns led to a tense argument during which Lara argued Biden’s difficulties in communicating was indicative of “cognitive decline.”

Joe Biden talked extensively and articulately about addressing his stutter, and he was lauded for doing so in several quarters.

Lara Trump Claims To Be an Animal Lover

Lara claims to be an animal lover. (Her husband is renowned for hunting and shooting endangered species for sport across the globe.)

I am honored to have worked with numerous animal rescue centers and other amazing organizations to assist in making life better for them…. I hope to make a positive impact on a cause so close to my heart and will continue to use my voice to spread awareness and encourage people to adopt from shelters.

Lara also had discussions to gather approval for the $10 million federal effort to set up a new Integrated Veterans Affairs Platform known as the PAWS Act. Newsweek stated the Act would create a cooperation initiative between the Veterans Affairs Department and the US Humane Society.

The collaboration was supposed to equip veterans with service dogs for healthcare reasons. The Act was passed in the House in February 2020. It was presented in the Senate, but it was not approved.