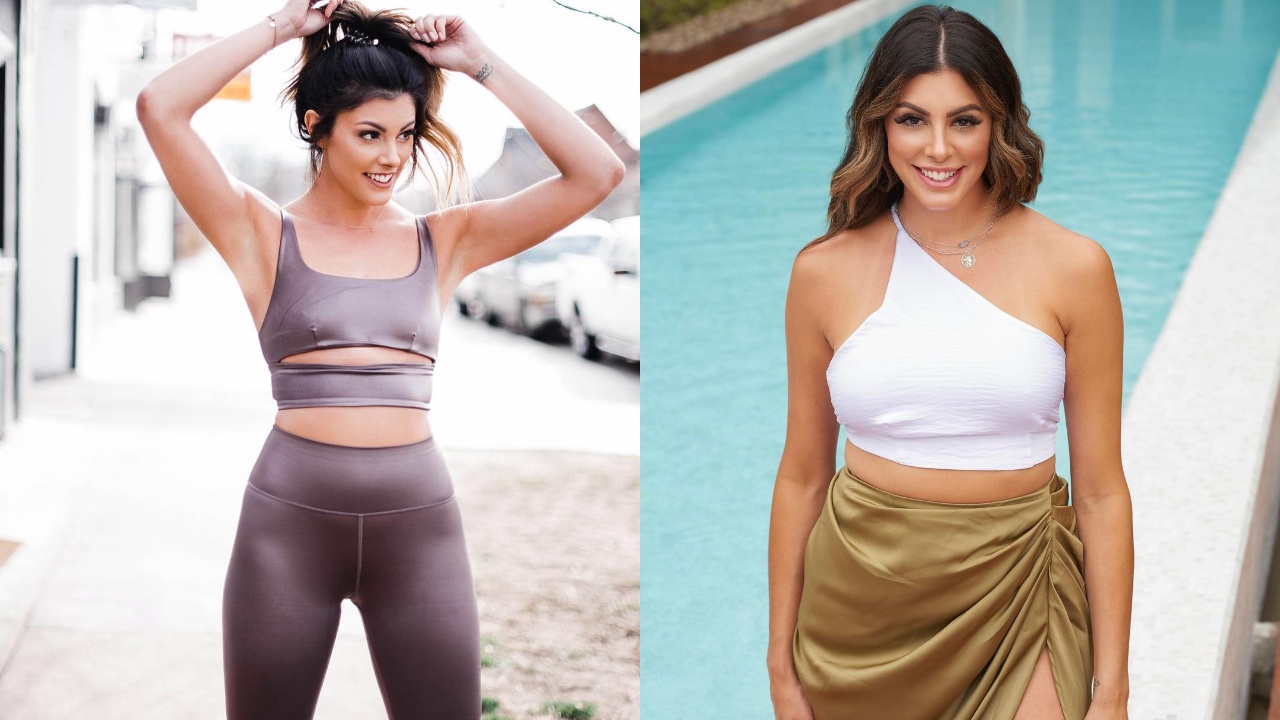 Bachelor in Paradise alum Lace Morris is rather outspoken on social media and has discussed her plastic surgery enhancements like lip fillers, cosmetic care procedures, and her desire to get breast augmentation.

Lace Morris is a reality television personality and an American real estate agent. She appeared on the 20th season of Bachelor in Paradise. She was born on November 3, 1989, in Denver, Colorado, United States. She has four brothers. Morris graduated from Arvada West High School and later attended Metropolitan State College of Denver and studied hospitality and sports communications.

The real estate agent worked as a cocktail waitress in Las Vegas, Nevada after graduating. She later attended Kaplan Professional Schools, where she earned a P&C license in both Real Estate and Property & Casualty in 2014. In her hometown, she works as a licensed real estate broker for Keller Williams, one of the world’s largest real estate franchises.

Before joining the cast of Bachelor in Paradise season 8, Lace Morris was already a franchise veteran, and she’s really updated her look. As a result, fans are curious to learn more about her transformation. Continue reading to find out everything about Lace Morris’ plastic surgery.

Previously, we touched on the plastic surgery efforts of Joyce Meyer and Chloe Grace Moretz.

On February 13, 2022, Lace Morris (@lacemorris3) showed off her flawless and more prominent pout while urging her Instagram followers to book a consultation with Colorado-based Angel Aesthetics for the best Valentine’s Day-ready lips. She claimed to be celebrating Singles Awareness Day at the time, and the TV personality looked stunning while making fun of her single status following plastic surgery.

Lace Morris, 32, is very open about her plastic surgery procedure on social media and has openly discussed lip fillers, skin treatments, and her decision to undergo breast augmentation. She revealed her strong desire to have a boob job in September 2019 before having plastic surgery to celebrate her 30th birthday. Likewise, the Colorado native admitted that she put off getting her boobs for years because she wanted to make sure she was changing her body for the right reasons.

Similarly, the real estate agent even mentions feeling like a woman and being insecure about having small to no boobs. The Colorado native admitted that she put off getting her boobs done for years because she was concerned that she wasn’t transforming her body properly. She also discussed how her tremendous growth and success led to her decision to have breast augmentation plastic surgery.

The Bachelor in Paradise alum also expressed her confidence in her decision to have her boob job done. She also stated that she was only doing it for her own enjoyment and that she didn’t mind if some of her admirers disagreed with her plastic surgery decision. On the other hand, Lace has also been open about non-invasive procedures, including what she’s done to treat her adult acne.

In addition, Lace Morris has been open about non-invasive treatments, such as what she has done to deal with her adult acne. In addition to consistently working on her skin with @missangelrenee, she got rid of a significant stressor in her life, and her skin has been flawless. She mentioned recently having the Clear and Brilliant Laser done in a January 2020 letter that seemed to allude to a split.

Who Is Lace Morris Dating in 2022? Know About the Real Estate Agent’s Previous Relationship!

Lace Morris was first introduced to Bachelor Nation viewers on Season 20 of The Bachelor, and she returned for Season 3 of Bachelor in Paradise. Lace got engaged to Grant Kemp at the end of Season 3 of BIP, and the two even got matching tattoos on-screen. Months later, they mutually decided to end their relationship, and Lace returns to the beaches of Paradise for another chance at love. She is not dating anyone in 2022.

However, Lace Morris knows better than anyone that this process can work and that love can be found in Paradise, so she returned to her old haunts six years later. Morris recently appeared on the Bachelor Happy Hour podcast where she discussed her feelings about comments made by her fellow cast members about her return to Paradise.

The 32-year-old real estate agent told the outlet that the breakup was mutual at the time, but things got complicated when he was seen with another girl before the end of the year. He called their relationship very volatile two months later and confirmed they weren’t speaking. Lace later stated on the Almost Famous podcast that their relationship was based on lust rather than love.

After her engagement ended, the realtor met a man named Russell on Bumble, but their relationship ended in 2020. Before Lace returned to BiP for season 8, it was revealed that Grant had proposed to his girlfriend Chloe Metcalfe. Grant, for his part, is engaged with Chloe. The enchanting marriage proposal happened in Santorini, Greece.